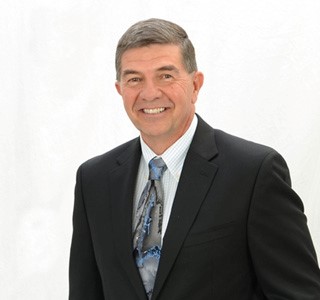 Dr. Kern is founding partner and CEO of Convergent Performance, a small, veteran-owned firm dedicated to reducing human error and improving performance in high-risk environments such as aviation, military operations, surgical teams, law enforcement and firefighting. He is one of the world’s leading authorities on human performance in time-constrained, error-intolerant environments, and has lectured on the subject around the globe for nearly two decades. He is also the author of seven books on the subject, including “Redefining Airmanship,” “Flight Discipline,” “Darker Shades of Blue: The Rogue Pilot,” and “Blue Threat: Why to Err is Inhuman.” In his latest book, “Going Pro: The Deliberate Practice of Professionalism” (Pygmy Books 2011), he creates a 21st century guide to extreme professionalism for individuals and organizations.

Dr. Kern also is an internationally recognized expert in applied human factors and performance improvement. He has deep operational roots as a command pilot and flight examiner in the B-1B bomber, as well as senior staff and leadership experience, having served as chair of the Air Force Human Factors Steering Group and director and professor of military history at the USAF Academy. Upon retirement from the Air Force in June 2000, Dr. Kern served as the national aviation director for the U.S. Forest Service, where he directed the largest nonmilitary government aviation program in the world in support of federal wildland fire suppression.

Dr. Kern is a graduate of the Federal Executive Institute and Senior Executive Service Candidate Development Program. He has appeared frequently on talk radio and TV, including the Discovery Channel, “NBC Nightly News” and “48 Hours” with Dan Rather. He has received multiple awards for his work, including the Flight Safety Foundation Distinguished Service Award (2003) for aviation leadership and the Aviation Week and Space Technology Laurel Award (2002) for outstanding achievement in government and military aviation. He holds master’s degrees in public administration and military history, as well as a doctorate in higher education, specializing in human factors training design.

For more information on the National Tactical Officers Association, visit www.ntoa.org or call 800-279-9127. Join the NTOA today and start receiving the benefits of better training and stay on top of the ever-changing and challenging world of law enforcement.

About the National Tactical Officers Association: