Boca Raton, Fla. (October 2018) – Ammunition Depot introduced their Tactical Sling Pack this summer and have just announced new calibers for both rifle and pistol, shotgun and new range/bug-out packs. Combining a durable, multi-tasking sling pack with the ammo from the leading ammunition suppliers, the Tactical Sling Packs are a more affordable way to buy ammo and store or transport it. For sport shooters, survivalists and those preparing for natural disasters, the new combo packs are a perfect addition to your go-bag protocol. The rugged tactical sling pack is loaded with a variety of ammunition. The newest calibers added to the Tacsling Packs include:

Easily slung over a shoulder or used as a pouch, any of the sling packs make great pre-packed range bags or can be used for training classes and, ultimately, as a prepared ammo-go bag for extreme situations. The large zippered section features two internal pockets and the small zippered section features one internal pocket. A hook and loop patch on the front is perfect for placing patches. Ammunition Depot is placing their PVC Flag patch on every sling pack. Additionally, the sling pack has MOLLE straps on the front and sides for additional pouch attachments and on the back is a pouch for concealed carry. 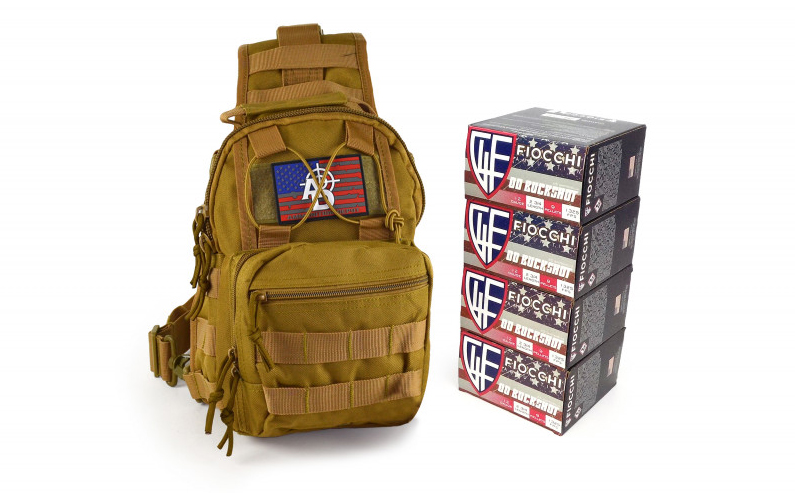 “The pre-packaged Tactical Sling Packs are a great way of saving time and money,” Scott Blick, managing partner of Ammunition Depot, explained. “We’ve done all the work for you, so now you can stock up on your favorite calibers and just grab and go, whether it’s to the range or a shooting class or even as part of your preparedness gear.”

Ammunition Depot’s Tactical Sling Packs are now available in the most popular calibers, from .22LR to .308 and 12-Gauge shotgun. You can never have enough ammo and Ammunition Depot makes it easy to store and carry. The sling pack measures 11” H x 8” W x 2” D. The Tactical Sling Pack is available in Black, Coyote Tan, OD Green, Black Python and ACU.

Ammunition Depot offers flat rate economy shipping of $9.99 on orders over $100 up to $299.99 (before shipping and taxes) and spend $300 or more and get FREE economy shipping. For more information, visit www.ammunitiondepot.com

Ammunition Depot was founded by freedom-loving Americans committed to American’s right and responsibility to defend themselves, their families and their country. Ammunition Depot’s goal and promise is to provide to the American public high-quality ammunition at the lowest possible price with the best customer service they have ever experienced, period.

As Ammunition Depot has grown over the years, we have been able to create numerous jobs for hard-working Americans in our home state of Florida, as well as help many charities and foundations that support our troops, law enforcement and the shooting sports.  Our plan is to keep growing, keep creating jobs, keep giving and keep Ammunition Depot strong so that we can deliver the same great products and same great service for decades to come. www.ammunitiondepot.com