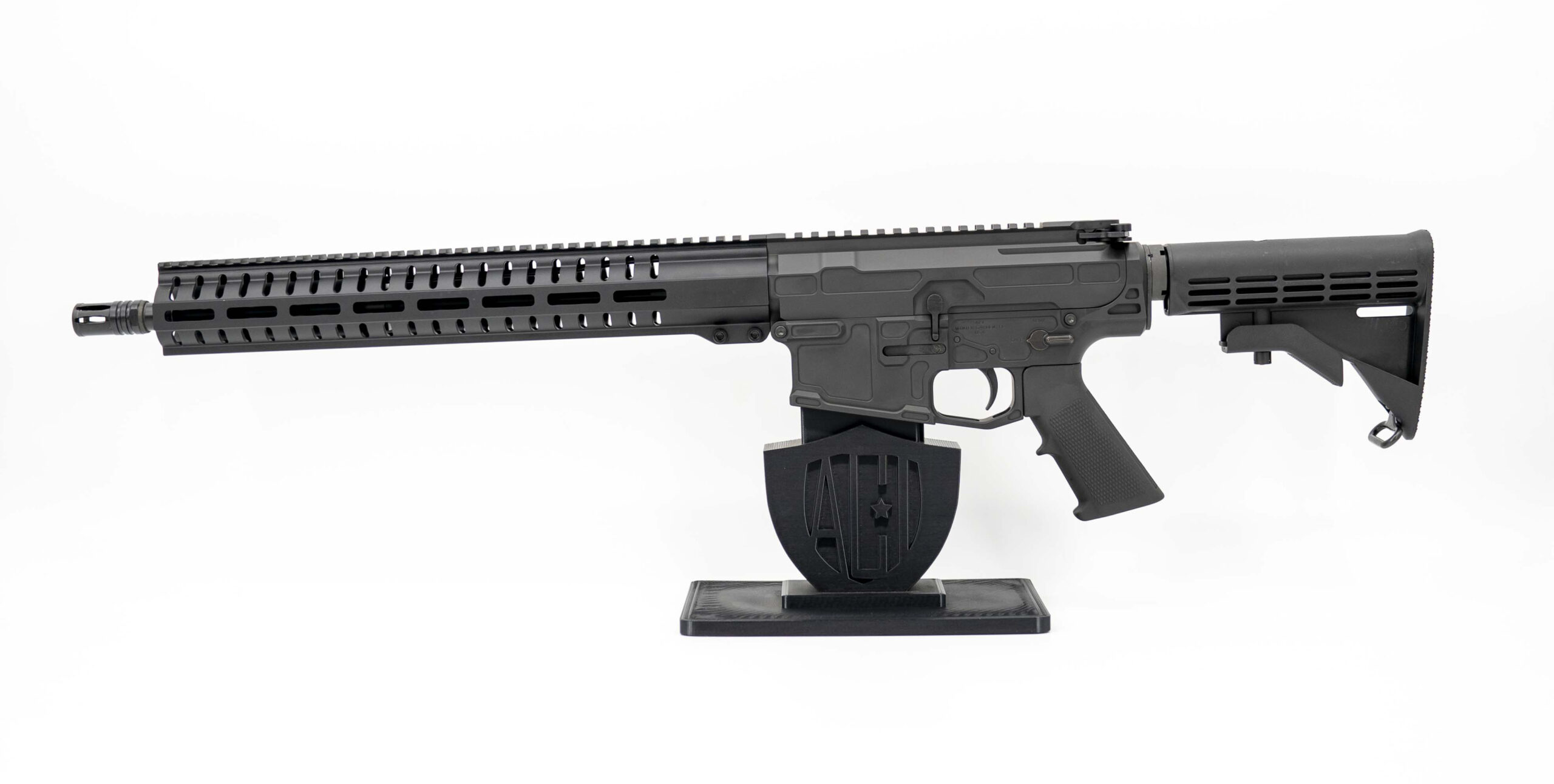 Years in the works, the Andro Corp designed and produced new AR10 receiver set featured in the new AR10 Divergent .308 rifle will soon be available to the public.

Winter Garden, Fla. (January 2022) – Andro Corp. Industries (ACI), a Florida-based designer and manufacturer of quality AR platforms, uppers and lowers, and AR parts for the 2A community, sport shooters, personal defense, and professionals, is proud to announce the new ACI AR10 Divergent .308 rifle is in production and will be available soon. Years in the making, the ACI AR10 receiver set was designed and produced by Andro Corp. This base receiver set is the foundation of the new base model AR10 Divergent .308 rifle.

“We have been waiting a long time to be able to make available ACI rifles built on an ACI designed and produced receiver set,” Josh Dewell, co-owner of Andro Corp., explained. “As Andro Corp. expands our offerings and our markets, we knew it was critical to our business mission to build guns on our own platform. This new base AR10 receiver set is just the beginning of Andro Corp. demonstrating our design and manufacturing prowess in the AR marketplace.”

The new base ACI receiver set includes many features Andro Corp. customers have been asking for, such as a skeletonized trigger group, flared mag well, and the Andro Corp. shield engraved on the upper. Made from billet aluminum, the new ACI base model AR10 Divergent will be initially offered in .30 with a 16 to 18-inch barrel with new calibers available soon.

Andro Corp. Industries is a Florida-based designer and manufacturer of quality AR platforms, uppers and lowers, and AR parts for the 2A community, sport shooters, personal defense, and professionals. The company was founded in 2014 based on the premise of providing outstanding service and AR builds to customers. Using only the best quality American-made parts, Andro Corp. has grown from a local garage-based business serving local gun shows to a full-blown facility offering customers nationally the same personal service and attention, but with a myriad of AR rifles, uppers, lowers, and parts.