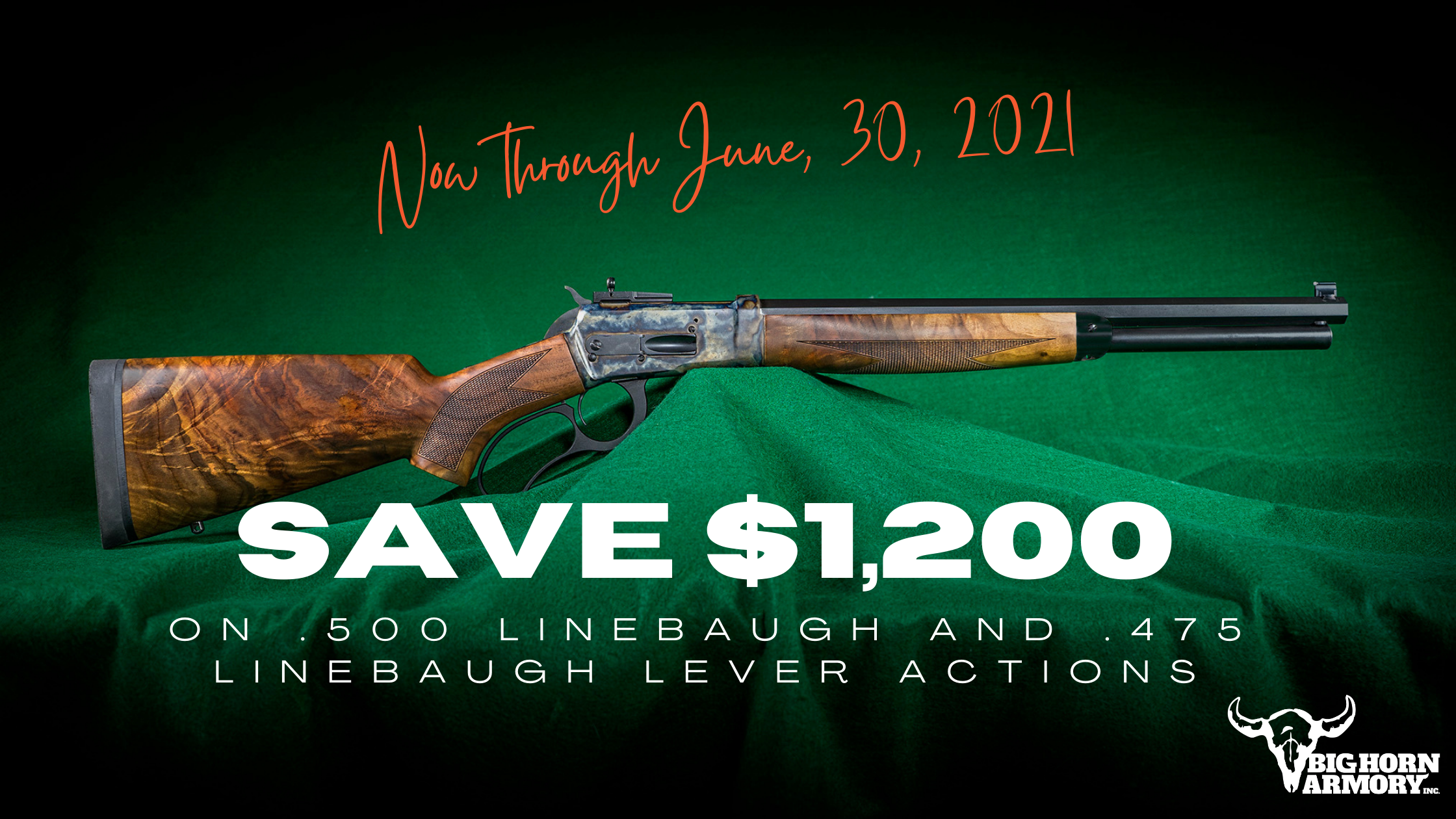 Orders can be made by calling 307-586-3700 or online at www.bighornarmory.com, where a deposit is required. Once the order is placed, a BHA representative will be in contact with the customer to confirm the order and finalize pricing and the discount.

BHA only makes guns they would be proud to own themselves. As such, BHA’s commitment to quality, fit, and finish rivals that seen in many custom only guns. Proudly made in the U.S.A., the Linebaugh lever-action rifles are as functional as they are beautiful, and are some of the finest guns BHA has ever produced. For increased durability and dependability, the Linebaugh lever-action rifles are precision CNC machined from 17-4 stainless steel featuring a beautiful color case hardened finish. The selected Fancy Walnut stock and forend are fitted with integral front and stud rear sling swivel mounts. The barrel is nostalgic, yet packs a high-performance punch in an 18” octagon profile with a black nitride finish.

Honoring the long tradition of the great American sporting rifle, BHA’s powerful Linebaugh lever-action rifles provide hunters, sport shooters, and collectors alike with pride in ownership, and a powerful advantage afield. Learn more about how the Linebaugh rifles were added to the BHA lever-action rifle lineup by reading the recent blog “Adding the Linebaugh Cartridges.”