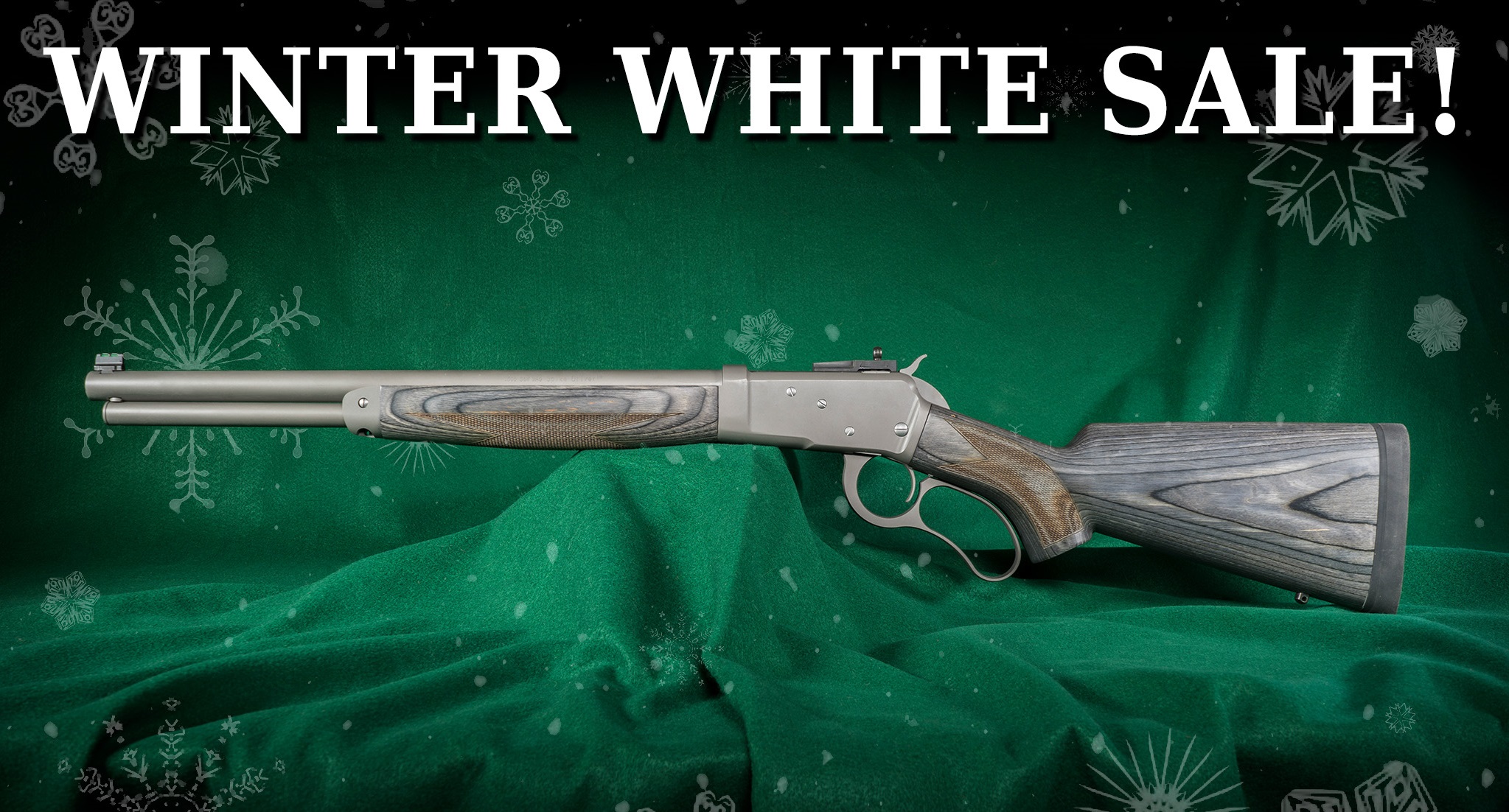 From now through the end of February, save $400 off MSRP on all lever guns with a Matte Stainless-Steel Finish and a Laminate Stock Set.

Cody, Wyo. (January 2021) – Big Horn Armory (BHA), makers of big-bore firearms, is pleased to announce its White Sale has begun. From now through Feb. 28, 2021, save $400 on any lever gun purchase that features a Matte Stainless Steel (SS) Finish with either a grey or brown laminate stock. Orders can be made by calling 307-586-3700 or online at www.bighornarmory.com, where a deposit is required. Once the order is placed, a BHA representative will be in contact with the customer to confirm the order and finalize pricing.

BHA only makes guns they would be proud to own themselves. As such, BHA’s commitment to quality, fit, and finish rivals that seen in many custom only guns. Proudly made in the U.S.A., the lever-action models are manufactured with 17-4 stainless steel precision machined and properly hardened to deliver consistent downrange performance and rugged in-the-field dependability. The selected grey or brown laminate stock and forend are fitted with integral front and stud rear sling swivel mounts. The pistol-grip buttstock has a one-inch recoil-taming pad. The stock and forend are given several coats of a durable synthetic satin finish. Honoring the long tradition of the great American sporting rifle, BHA’s lever-action rifles provide hunters, sport shooters, and collectors alike with pride in ownership, and a powerful advantage afield.