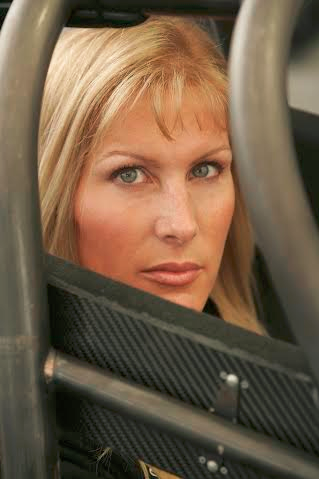 After 100 years, will Stephanie Reaves become the first woman to win the brutal Pikes Peak “Race to the Clouds”? Granbury, Texas (June 22, 2016) – In this small Texas town about a half hour southwest of Ft Worth Texas, Gordon Bond, president of Bond Arms is taking a leap of faith, believing Stephanie Reaves will carry the day in the 100th run of America’s second oldest motor sports race, the exhaustive Pikes Peak International Hill Climb (PPIHC) in her Dodge Viper. “She was the first woman in history to earn a professional motorcycle drag racing license, first to qualify for an NHRA national event, and the first woman factory race driver, ever for General Motors,” Bond explains.

There’s another reason this family-owned American manufacturer of small double-shot handguns believes Reaves can do it. “She’s broken several other world racing records, and she took third place in the grueling Pikes Peak International in 2000,” Bond continued. All the more amazing since a drunk driver slammed into her car when she was 19, causing years of painful medical and physical therapy. “She’s a winner through and through, and a clear role model of an empowered woman who insists on taking on her life without boundaries,” Bond summed up. “That’s why Bond Arms is sponsoring her. We believe she can win this race too.”

Reaves will be driving a powerful 2016 Dodge Viper ACR during the PPIHC. The No. 8 “Hand Cannon Express,” a nickname owners’ of Bond’s handguns use to describe the small, derringer-style weapons popular with gun enthusiasts, especially women because of their size, power and ease of use, is decked out in Bond Arms graphics, featuring a dual pair of pistols on the hood and sides of the red, white and blue Viper.

“We’re pretty passionate about a woman’s right to self-defense. Backing Stephanie sends a powerful message, that women have the right stuff to achieve their dreams and goals.” Bond manufactures several guns and accessories designed with features that enable women, such as smaller grips, easier trigger pressure, lower recoil and other factors that make them a defensive weapon of choice for women in all 50 states.

Even though to PPIHC race only covers 12.42 miles (19.99 km) of public road, it climbs 4,720 vertical feet (1,440 m) on grades averaging 7.2%, and drivers have to navigate 156 torturous turns, Reaves’ Viper will need all of its 645 horsepower and top performance from its Brembo brake systems as it competes against the diverse group of motorcycles, semi-trucks, sidecars, 1,400+hp electrics and more. The elevation will play a part in defining the ultimate racer, both human and machine. As the race climbs toward the 14,110 (4,300 m) summit, the dramatically thinner air saps the drivers’ mental and muscle strength and strains their engines by robbing them of up to 30 percent of their power.

The Pikes Peak International Hill Climb will be live on AM radio station KRDO 1240 AM. Visit www.ppihc.com for updates and videos of the June 26, 2016, race.

The Bond Arms Patriot is the featured firearm in the Patriot Package of the Gun Club of America Ultimate Gun Giveaway. Find out more on how to enter to win at www.gcagiveaway.com.

About Bond Arms Inc.:
Bond Arms acquired Boberg Arms in early 2016 and the new sub-compact, semi-automatic, concealed-carry pistol called the Bond Bullpup which will be shipping in October. Known for their innovative designs, top-quality American engineering and manufacturing, Bond Arms is fast becoming one of the leaders in the race for reliable personal protection.

Bond Arms Inc. (www.bondarms.com) is a leader in the derringer industry in terms of new product development. Family-owned for over 20 years and made in the U.S.A. from stainless steel and other heavy-duty materials, Bond Arms products go through strict and modern manufacturing processes to ensure quality and reliability. Designed with the customers’ interests in mind, Bond Arms offers a variety of standard and customized handguns for men and women including: the Snake Slayer series, Ranger series, USA Defender, Mini 45, Girl Mini, MAMA BEAR, and the Texas Ranger Special Edition.