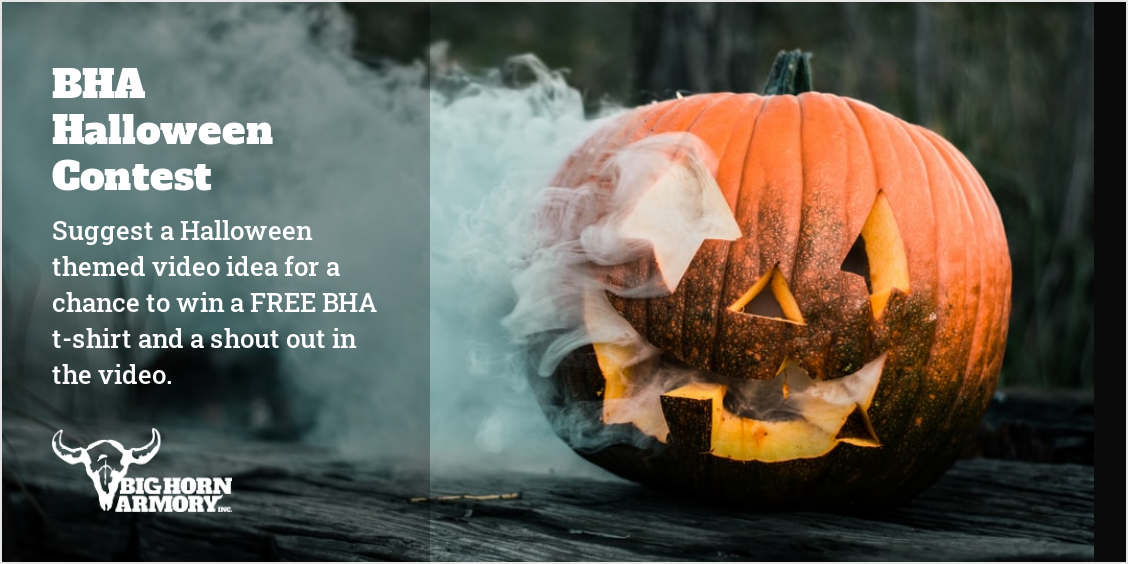 People are invited to submit their Halloween-themed video suggestions to general@bighornarmory.com or via direct message on social media to BHA between Oct. 1 – 9, 2020. The best suggestion will be made into this year’s Halloween video!

Cody, Wyo. (October 2020) – Big Horn Armory (BHA), makers of big-bore firearms, is pleased to announce a special contest just in time for Halloween. Each year BHA unveils a fun Halloween-themed video of its big-bore rifles blasting pumpkins, zombies, and monsters, but this year the company wants YOUR help with the theme of its Halloween video. Fans, customers, and customers-to-be are invited to submit their ideas on a theme for the 2020 BHA Halloween video between Oct. 1 – 9, 2020. Ideas can be submitted to general@bighornarmory.com or through Direct Message to any of its company-branded social media platforms: Facebook, Instagram, or Twitter. The best suggestion will be chosen and turned into this year’s Halloween video. The lucky winner will receive a shout out in the video, which will debut on Halloween day, as well as a BHA logoed t-shirt (a $15 value).