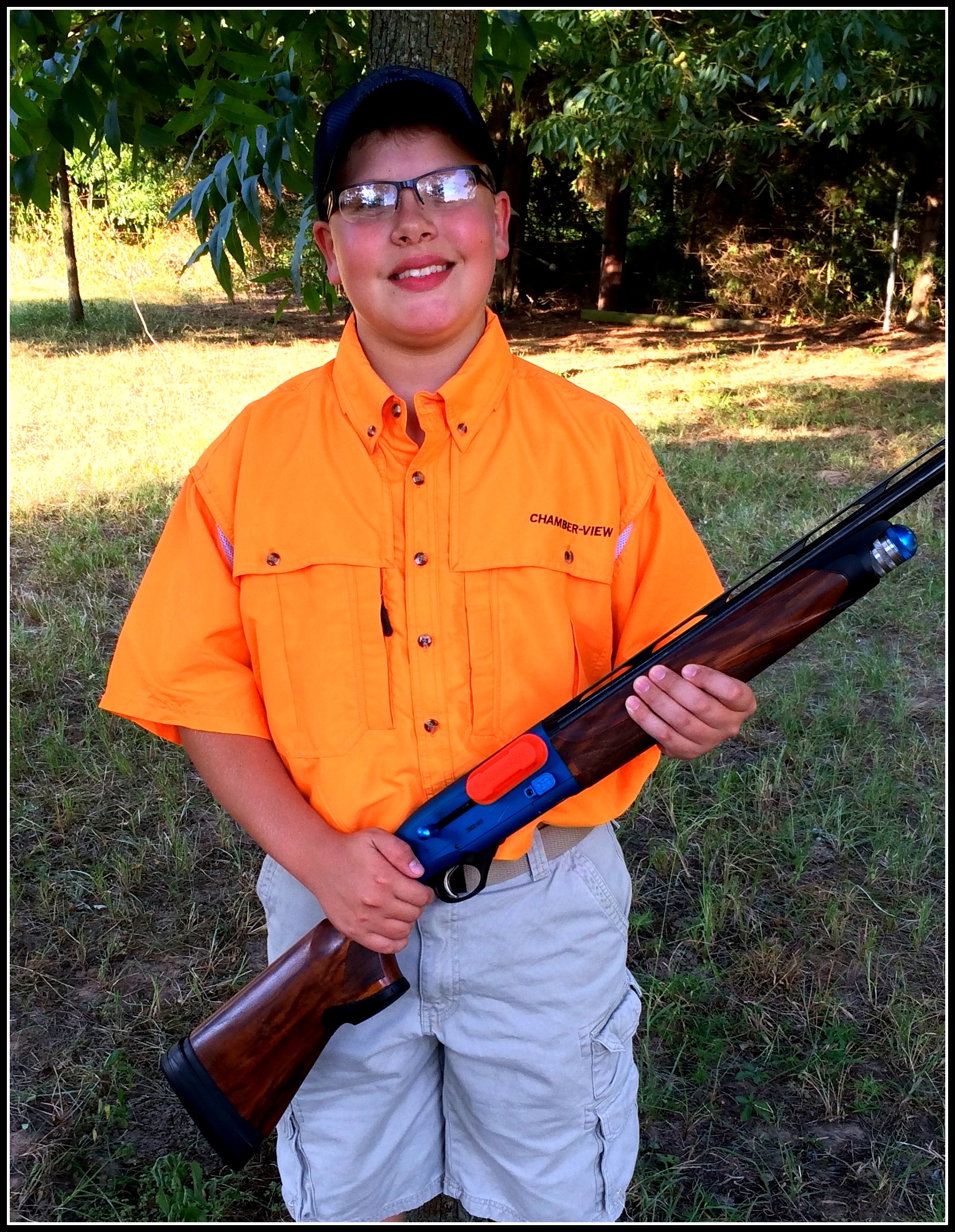 Chamber-View®, LLC, innovators behind highly visual firearms safety products, is proud to announce a new sponsorship of Youth Target Shooter Ryan Fitch. Chamber-View® will be working closely with Fitch to advocate the importance of safety to his peers and promote safe handling of firearms with the use of Chamber-View® Empty Chamber Indicators (ECI).

“We are very happy to bring Ryan Fitch aboard as our official youth target shooter,” remarked Ned Bitsack, Inventor and Founder of Chamber-View®. “Gail Cook, President of Chamber-View®, and I met Ryan and his father John Fitch in Texas while attending the 2014 PSCA Tournament which we were sponsoring. We found Ryan to be a very mature young adult who understood the importance of safety. He was immediately drawn to our product line and we knew that there was something special to build upon here. We look forward to educating the youth about firearm safety with Ryan’s help.”

the past two years, Fitch has won over 20 trophies for various events and competitions. Now completing his second year in 4-H, Fitch has won First and HOA in District 4 for Skeet and Trap. He has also placed First in Skeet and Second in Trap at the Dallas 4-H Invitational; First in Skeet and Second in Sporting Clays at the Johnson County Fandango; Fifth in Wiz-Bang, a cooperative program between Texas 4-H and Texas Parks and Wildlife Department; as well as First in Trap B with his three person team at the Texas 4-H State Games held in July in San Antonio. Most recently, Fitch placed consistently in the Top 5 in E-Class at the NSCA Sporting Clays Competition. Fitch prefers to compete in Skeet and Helice.

Helice, an exciting form of artificial target shooting, is rapidly becoming more and more popular within Europe and the United States. Fitch is currently in the running as one of the Top Two Junior Shooters for Helice and hopes to be on the 2015 USHA Team where he would travel to Europe to represent the US at the World Helice Finals.

Fitch’s first competition as a Chamber-View® sponsored youth shotgun shooter will be at a Helice Tournament, held September 17th – 19th, 2014 at the Dallas Gun Club in Lewisville, TX.

Check out www.chamber-view.com for more information or join the ongoing conversation on Facebook and the LinkedIn network. To become a retail vendor, or if you are a professional / amateur / scholastic organization with interest in the Chamber-View® product line, please contact gcook@chamber-view.com or by phone: Gail Cook, President, Chamber-View®, LLC at (914) 787-0688.