Dead Air Armament™ is proud to announce its brand new Flash Hider mount for the Sandman™ series of suppressors is now a part the Dead Air product family.

“We’ve all experienced it; shooting in low-light situations without a flash hider is just miserable and shooting with a flash hider that produces a tuning fork-like ping after every shot is well… annoying. At Dead Air we’re all about the comfort of the shooter. If you’ve liked the comfort and the sweet, sweet silence of our suppressors, you’re really going to like what you’ll see, or should I say, won’t see, or hear with our new Flash Hider. So, say hello to our new Flash Hider and say goodbye to muzzle flash and ping,” said Mike Pappas, director of product development for Dead Air Armament™.

The Flash Hider has a unique patent pending design featuring mass shifted equal length tines. The end result is a Flash Hider that does not “ping.” Dead Air uses the same ultrahard black nitriding process on its Flash Hiders as it does on its muzzle brakes, ensuring that the Flash Hider is tough enough to handle whatever’s thrown at it. In addition to being tough as nails and eliminating muzzle flash, Dead Air’s new Flash Hider is quite a bit lighter than other Flash Hiders and makes for an excellent suppressor mount.

Dead Air stands behind its products with confidence and the Flash Hider is backed by Dead Air’s no questions asked lifetime warranty. 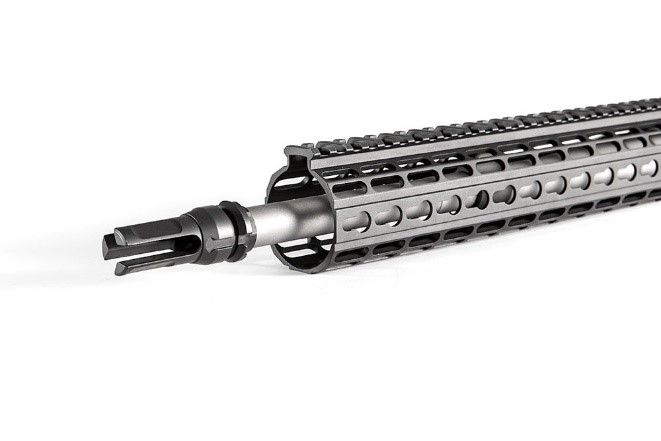 For more information on Dead Air Armament™ and its line of suppressors, please visit www.deadairsilencers.com or join the conversation on Facebook or YouTube.