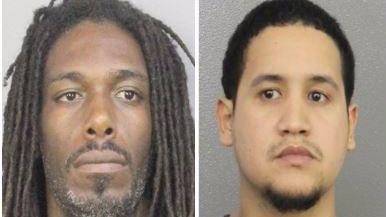 Deerfield Beach, FL (August 2017) – In 2011, Michael Hamilton of Coral Springs was found dead in his apartment where he had been killed during a robbery gone awry. Hamilton’s roommate found him stabbed to death with his empty wallet beside him. Several other items were also missing from the apartment. Six years later, two suspects have been apprehended thanks to DNA left on a lemonade bottle and spit found on the ground.

It began when the Coral Springs Police Department approached suspect Jason David Martinez in Manhattan and requested he submit a DNA sample. He refused but they were able to obtain a DNA sample from his discarded lemonade bottle. The bottle was submitted to DNA Labs International, a private forensic laboratory in Broward County, Florida, to process the DNA. DNA Labs International was able to determine that the DNA profile obtained from the bottle matched a profile of DNA found in multiple blood drops left at the crime scene in 2011. Following the positive identification of his DNA found at the crime scene, Martinez was arrested on Long Island, where he was residing and has been extradited back to Broward County on suspicion of committing the 2011 murder. He and Kadian Andre Garfield Roper, the second suspect who was IDed from his spit by a Broward Sherriff’s crime lab technician, are currently being held without bond in a Broward County jail.

For more information regarding the case, read the full news report from Sun Sentinel.

Since 2004, DNA Labs International has been providing clients with exceptional quality service based on open communications, equal attention to the importance of every case and accurate and reliable results every time. They provide the latest technology available to solve cases; such as the M-VAC®, a wet vacuum DNA collection tool and STRmix®, a software program that can solve previously inconclusive DNA results. They can now achieve comparable DNA results from spent shell casings! DNA Labs International is accredited by ANSI-ASQ National Accreditation Board (ANAB), the country’s longest established provider of ISO 17025 accreditation to Forensic Sciences testing laboratories in the U.S. www.dnalabsinternational.com