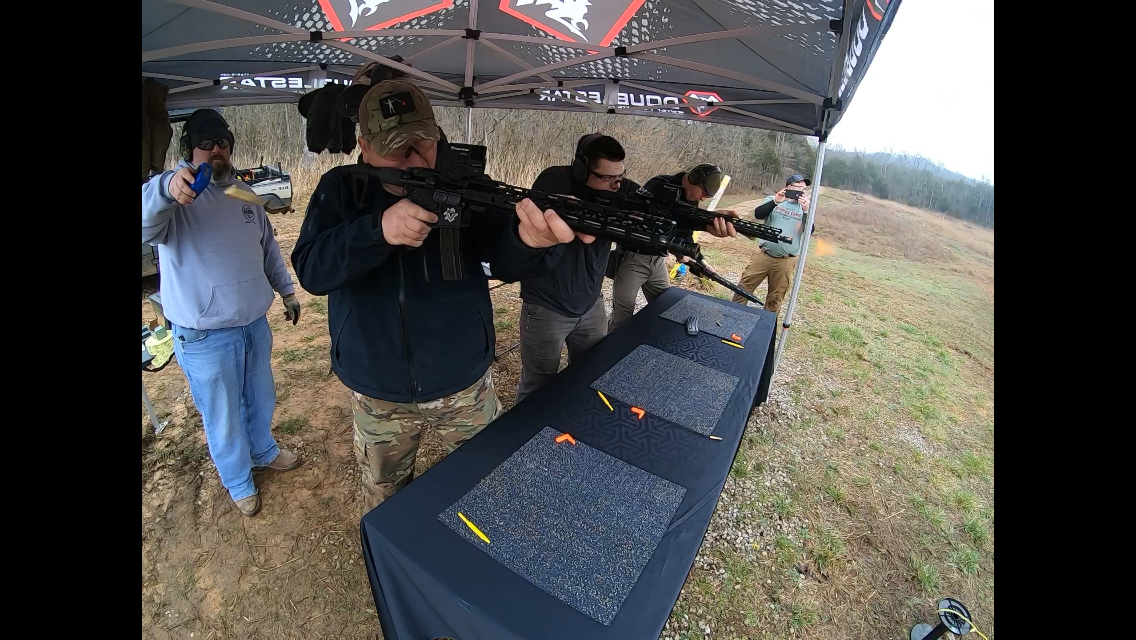 Over $16,000 raised for Mission 22 in three days from 175 competitors through match fees, auctions and charitable giving.

The Rock Hard 3 Gun match is designed to test not only shooting ability, but also some other skills not typically utilized in a 3 Gun match. For example, one of the stages featured eight clay pigeons launched from a safe distance aimed at the shooter. Not only did shots from the shotgun count, but if the shooter was able to safely break the incoming clays with any part of his or her body while remaining in the shooter’s box, they counted.

The Doublestar sponsored side match featured three DoubleStar Zero Carbines with Vortex AMG UH-1 Holographic Sights for competitors to assemble on the clock and fire one shot at a 50-yard plate. The gun was broken down into four pieces: upper, lower, bolt carrier group and charging handle. Three competitors were able to go at the same time, creating competition against the clock as well as the shooter standing to your left or right. The Doublestar sponsored side match raised $1,025 in donations (six percent of the total raised) for Mission 22.

The DoubleStar Zero Carbine delivers lead through a premium 16” 1-in-8 inch twist Wilson Air Gauged heavy barrel providing the perfect mix of superb accuracy and maneuverability. The Alpha Compensator keeps the muzzle flat and fast while the new Cloak Handguard keeps the barrel cool and ventilated while providing a slim profile aluminum handguard that will accept all the necessary accessories. The rubber over-molded ERGO grip provides a comfortable grip with or without a glove. It is finished out with a rugged SOCOM stock. MSRP $1,479.99.

Every day, more than twenty veterans are lost to suicide. Mission 22 wants to bring that number to zero. It does this with three main programs: veteran treatment programs, memorials, and national awareness. Mission 22 provides treatment programs to veterans for Post-Traumatic Stress, Traumatic Brain Injury and other issues they might be facing. It organizes events and builds memorials to create social impact and awareness for these issues. Mission 22 also has an Ambassador volunteer program for people to get involved as well. Ambassadors educate the public on veteran issues, help get veterans into Mission 22 treatment programs and create resources in their communities. Through these three programs, it enables a push for the betterment of our nation’s heroes and stands united in the war against veteran suicide.