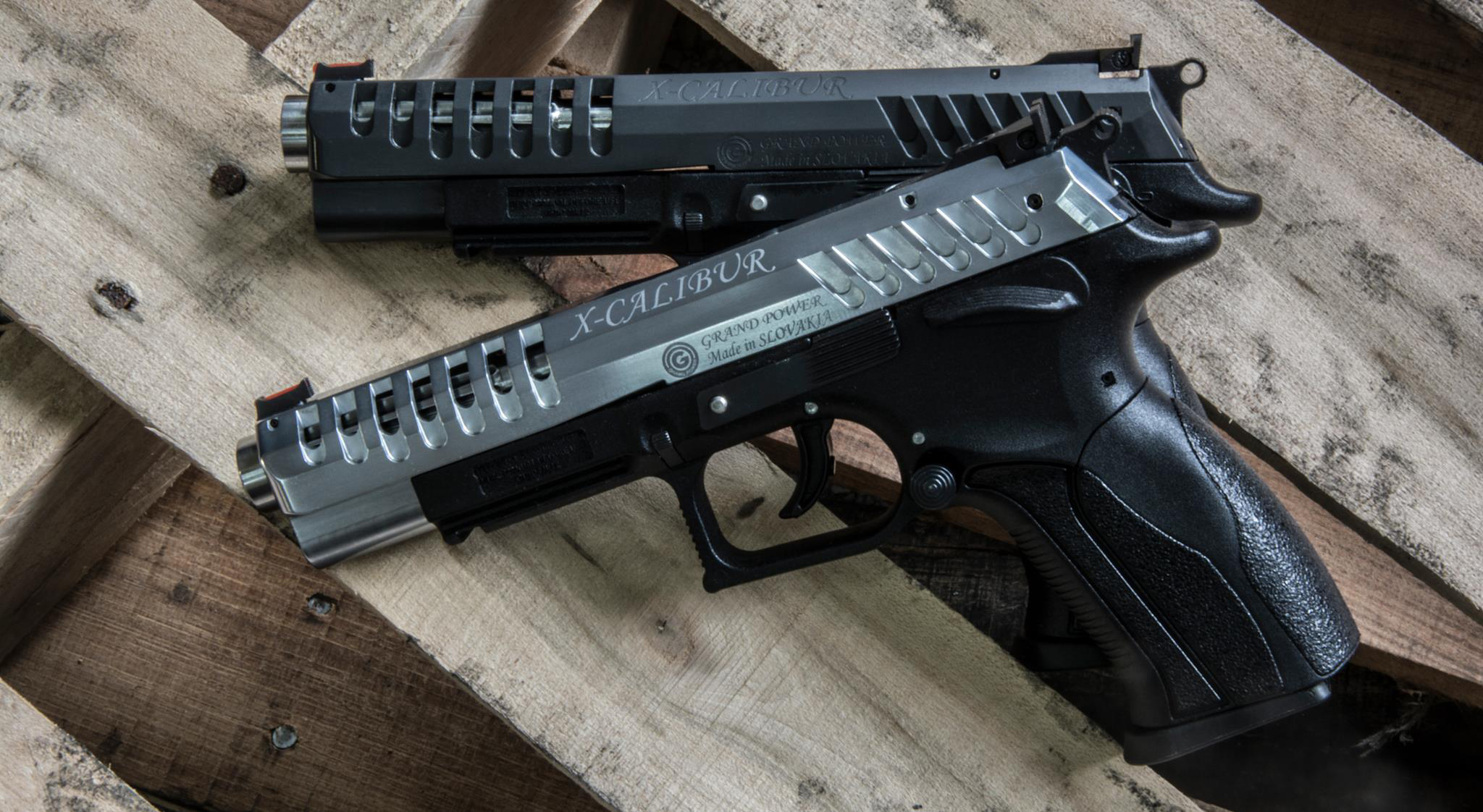 Palka is a firearms instructor and has been shooting competitively since 1997 and bringing home awards from both European and World Championships since 2007. His score of 1873.4012 with an overall percent of 85.4 cinched his gold medal in the Senior Production pistol class for Slovakia and Grand Power.

Considered the flagship of the Grand Power pistol line-up, the X-Calibur with its futuristic slide scallops lighten the pistol and its rotating heavy fluted barrel make it ideal for target and competition shooting. Featuring a lightweight SA trigger with a clean crisp pull, the Grand Power X-Calibur has been the choice of competitive shooters in Europe for years. Built to withstand the rigors of serious competition, law enforcement, military and personal defense, the Grand Power pistol line wins fans with its quality reputation, low felt recoil and amazing accuracy.

The Grand Power brand is an internationally recognized designer and manufacturer of some of the most modern, innovative semi-automatic pistols offered to civilians and law enforcement alike. To learn more about Grand Power, or any of the other firearm brands that Eagle Imports carries, visit http://eagleimportsinc.com.

Grand Power was founded on the passion and expertise of CEO and owner Jaroslav Kuracina. After many attempts to have his innovative pistol produced in his home country of Slovakia, he finally succeeded through the generosity of private investors in 2002. Today, Grand Power is one of the up and coming firearm brands worldwide, winning awards at IPSC and on the battlefield. www.grandpower.eu/en

Founded in 1988, Eagle Imports is proud of its history and tradition of being an exclusive firearms distributor in the United States. Eagle is committed to fulfilling Bersa, SPS, Metro Arms, Comanche and Grand Power’s mission in the USA and for providing the ultimate after-sale experience for all of their products. www.eagleimportsinc.com