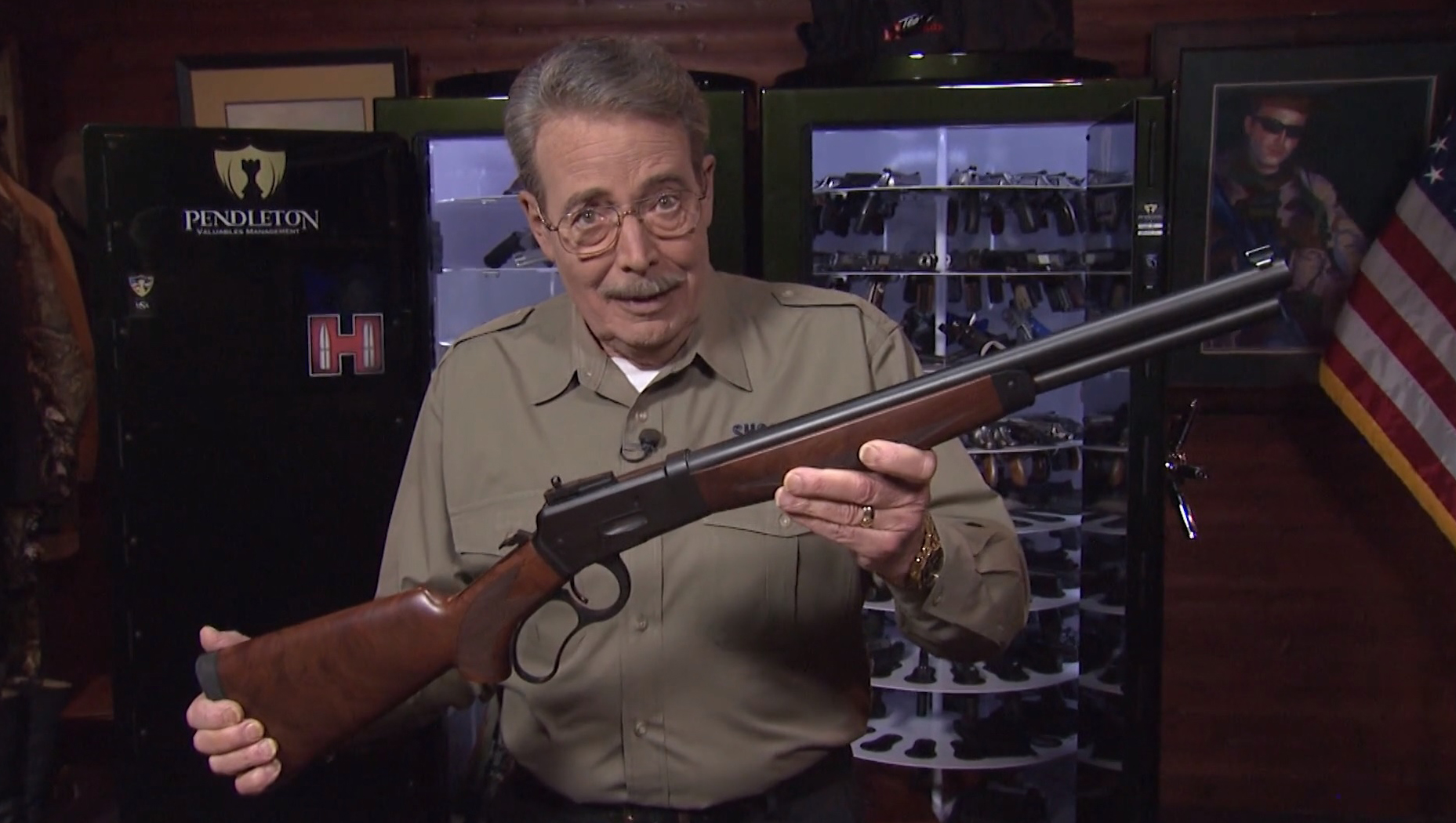 “Jim is an icon in the firearms industry, and Big Horn Armory is honored to have him bring the Model 89 to his viewership,” Greg Buchel, founder and president of BHA, commented.

What makes the Big Horn Model 89 500 S&W legendary in its own time? It’s built on the foundation of one of America’s greatest guns, the lever-action rifle. Designed for quick repeat shots, the lever-action rifle settled the west, became a lawman’s right arm, hunted big game, and protected the rancher and homesteader. BHA’s Model 89 is built on that legacy, right here in America, on a platform rugged enough to handle the powerful .500 S&W Magnum. Precision machined from 17-4 stainless steel and hardened for consistent and reliable in-the-field and downrange performance. The Model 89 features a large, hunter-friendly curved lever that allows for ease of operation, even with gloves. The stock and fore-end are made from select American black walnut and finished with several coats of a weather durable synthetic satin finish. The pistol-grip buttstock features a one-inch, recoil-taming butt pad. The Model 89 also features integral front and stud rear sling swivel mounts and aperture rear and post front sights. Options are plenty for the hunter who desires a completely customized spike driver.

Shooting USA, on the Outdoor Channel, is the longest-running television series covering shooting sports and firearms industry. Garry Mason’s Legends of the Outdoors Hall of Fame 2018 recipient, Jim Scoutten has been the shows lead host for 26 years. Scoutten and son, John, recipient of the 2019 Legacy award, showcase the companies and personalities that make up the firearms industry. The team also reports on new products and products in development. Shooting USA delivers reports on the arms and training of our men and women in uniform plus lessons from the Pro’s to improve your shooting scores. www.shootingusa.com