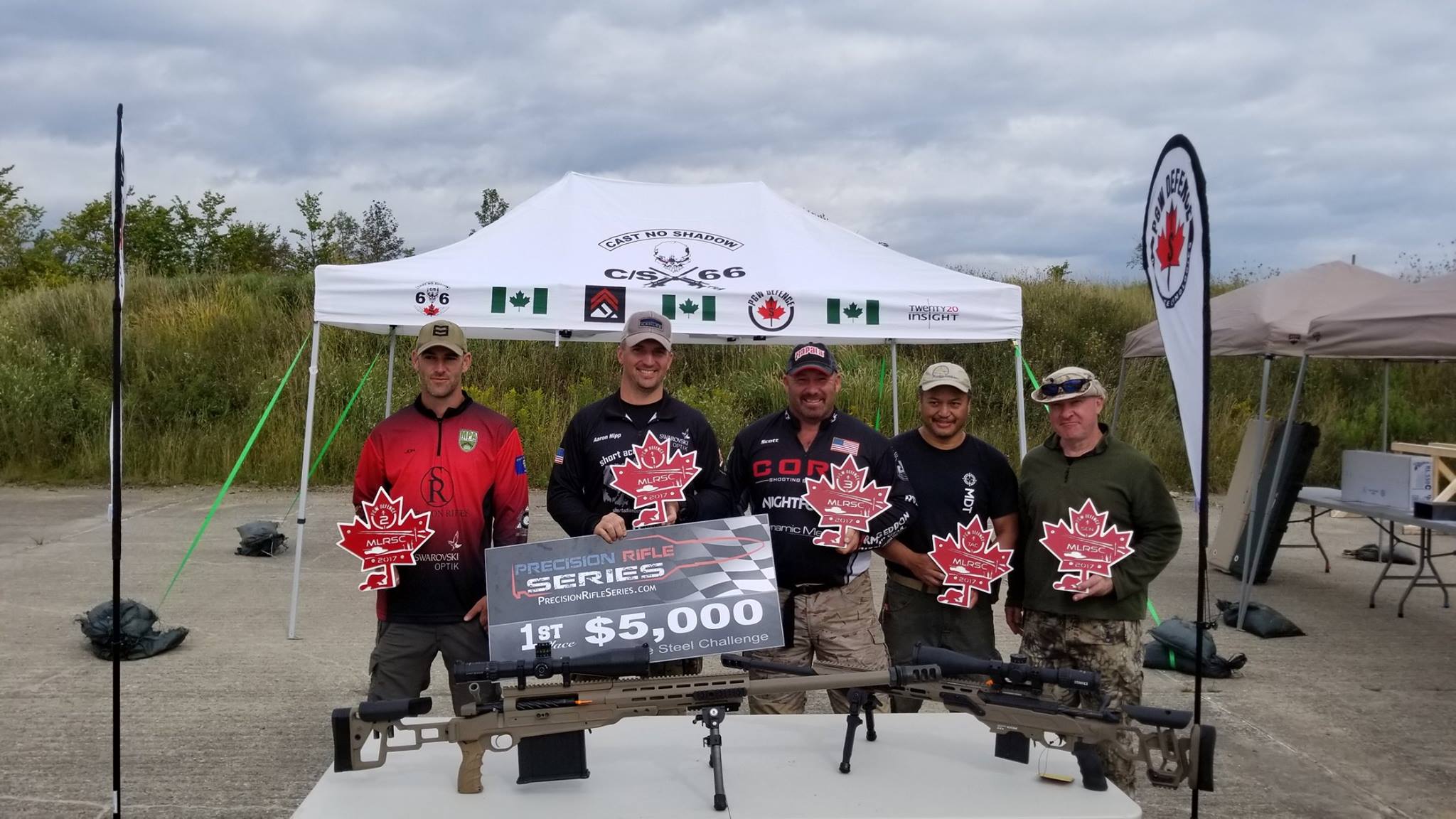 Tyler Payne with his third-place check from the CORE Fall Classic.

“George designed one hell of a match down at CORE Shooting that tested you both mentally and physically. I’m pretty happy to come away with this win after being down nine points on day one,” remarked Brousseau.

“I’m not sure it has completely sunken in yet, but I was lucky enough to pull off the win at the Meaford Long Range Steel Challenge. I’m saying luck because there was a ton of talent in our squad and everyone was shooting well. My MasterPiece Arms chassis is by far my favorite chassis on the market, especially with my new custom engraved angled barricade blocks, which were extremely helpful on a few stages, in addition to the RAT adapter,” commented Hipp.

Not only is the MPA BA Competition Chassis winning matches, it’s taking over the Precision Rifle Series (PRS) community. According to a 2017 survey, the MPA BA Chassis is the most popular chassis among the top 100 PRS shooters and experienced a 900 percent increase in use from the year before, which was by far the biggest jump among all chassis systems. MPA BA rifles and chassis are built by precision rifle shooters, for precision rifle shooters. In fact, MPA’s president, Phil Cashin, is an active PRS shooter. He finished in the top 100 this year and qualified for the finale last year. Cashin is always testing out new ideas and tweaks in the matches he competes in and continues to seek out feedback from other world class shooters.

For more information on MasterPiece Arms and their product line of pistols, rifles, carbines and suppressors, visit www.masterpiecearms.com.

MPA engineers test and retest our weapons to provide customers with one of the most enjoyable guns available. With versatile uses, such as personal and home protection, long range shooting, hunting and tactical interests, MPA products are one of a kind and backed by a lifetime warranty for original owners. Learn more about MasterPiece Arms products at www.masterpiecearms.com or call 866.803.0000.