Midwest Gun Works carries fifteen of the most popular Colt® branded Bulldog soft cases and bags constructed from the finest hand selected materials. Every Bulldog item is both affordable and built to last. The MGW Colt® Bulldog line-up includes tactical range bags, go-bags and the Colt Tactical Briefcase that is designed to carry a laptop, pistol, extra magazines, cell phone or radio and pen flashlight all in a padded, water-resistant outer shell with dual carry handles and a detachable padded strap (MSRP $59.95).

The Elite Double Tactical Case is well padded and heavy-duty with a water-resistant shell. The removable interior center divider features a large hook and loop suppressor pocket and a large sleeve-type pocket for carrying an extra upper assembly or complete rifle with a tie-down strap. Available at Midwest Gun Works with a retail price of $74.95. 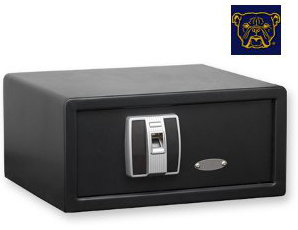 In 2011 Bulldog introduced a line of innovative firearm vaults and was one of the first companies to introduce LED “Nightlight” technology in their Magnum Series vaults. Midwest Gun Works carries two sizes of the Bulldog car safes (watch the Bulldog car vault video), as well as the Bulldog Bio Metric, LED, and the Magnum series of vaults, each one designed to be an affordable, secure storage solution for valuables and weapons. The Bulldog Biometric vault allows the user to register a fingerprint (up to 25 user fingerprints accepted). An LED display notifies the user if the print is accepted and the vault opens. The Bulldog Biometric retails for $299.95 at MGW. The Magnum LED Digital vault features an automatic bolt system and is 30% heavier than most vaults in the same class. Access buttons feature easy access LED “nightlights” and a 30-second LED interior light goes on when the vault is opened. Rugged and roomy, the Bulldog Magnum LED Digital at MGW is available for only $115.95 MSRP.

Bulldog cases and vaults provide excellent security at an affordable price at Midwest Gun Works.  “Whether You Zip it Up or Lock it Down, Nothing Protects Your Gun Like a Bulldog!”

To find out more about Bulldog Cases & Vaults at Midwest Gun Works, visit www.midwestgunworks.com or become part of the conversation on Facebook.