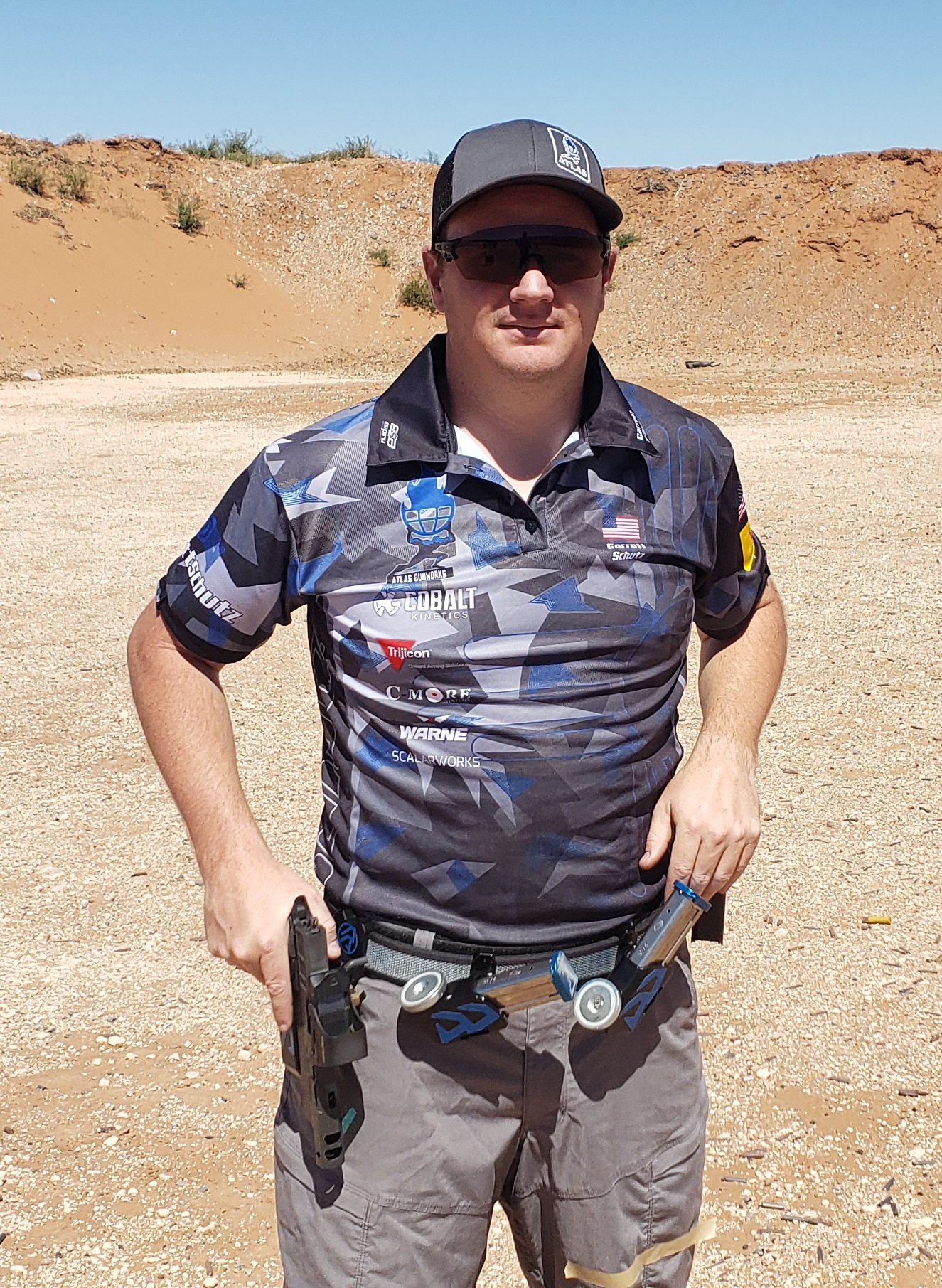 Westport, Conn. (June 2019) – Shell Shock Technologies, LLC., an early stage technology and manufacturing company focused on developing innovative case technologies for the ammunition industry, is pleased to announce its sponsored shooter, Garrett Schutz, placed first and second overall in the Open and 2×4 Divisions at the MSA 3 Gun Competition, held at the MSA Rifle & Pistol Range on June 15, 2019, in Midland, Texas. Schutz finished with 364.1026 match points and a time of 219.44 in the Open Division and 358.2014 match points and a time of 207.40 in the 2×4 Division. Videos of the match can be seen on Schutz’s Instagram account at https://www.instagram.com/garrettschutz/.

“Getting to the starting beep I’ve wondered in the past if my ammunition choice was going to let me down. Since switching to Shell Shock Technologies 9mm NAS3 cases about 10 months ago I’ve never had to worry. They always have worked through my Atlas Gunworks 2011 and Cobalt Kinetics PCC, as well as every gun I’ve run them through. Can’t wait for more products from Shell Shock Technologies to become available to eliminate second-guessing in 223 for my 3-gun events,” commented Schutz.

Schutz can be seen competing next at the SJWF 3-Gun Nation Club Trophy Match,  to be held at the San Juan Wildlife Federation Range on June 29, 2019, in Farmington, New Mexico.

Garrett Schutz began shooting 3 Gun competitively in 2013 while stationed as active duty Air Force in Las Vegas, Nevada. After catching the bug, he looked for other competitive shooting sports and found USPSA and IDPA. He currently competes in the Open Division in 3 Gun and USPSA and competes in the PCC Division in IDPA and USPSA. After being stationed in Alamogordo, New Mexico, he found more USPSA clubs local to him and shifted his focus, making A Class in 2019. Schutz has won many local matches both Overall, Open and PCC Division.