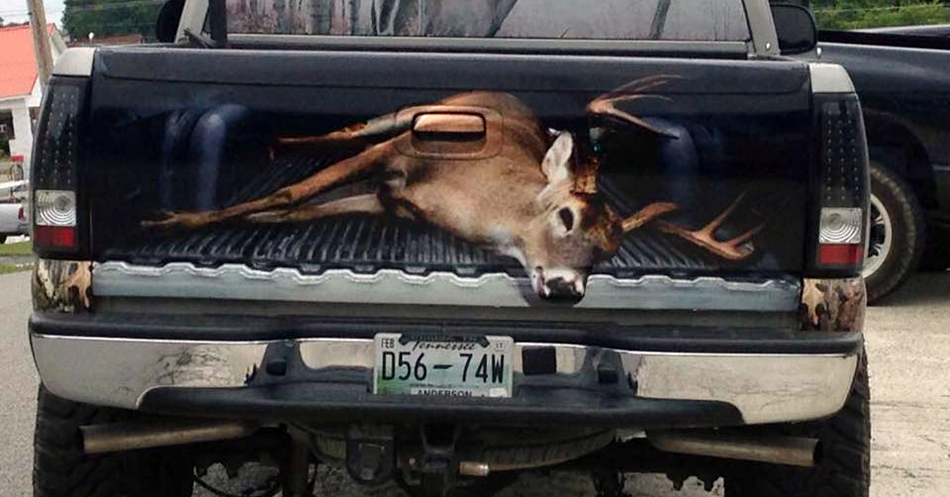 https://www.facebook.com/jonathan.field.184/videos/vb.1573907521/10209043208388747/?type=3
BUILD YOUR OWN ASSAULT RIFLE
In response to the recent Massachusetts assault rifle ban, one man decided to create an instructional video for how to build your own. First, find a generic rifle—like a Remington 597—then get rid all of the stupid safeties. Next, add a collapsible PVC pipe buttstock, compact drill pistol grip, Walmart mouthwash scope, and kitchen knife bayonets. (It’s important you have both a smooth and serrated bayonet.) Finally, you’ll need ammunition in the form of a Vogue magazine and multiple caribiner clips. The end result? A pretty bad ass assault rifle that laughs in the face of yet another state’s attempt to infringe upon the Second Amendment. (via Guns.com)

EVERY SEASON IS DEER SEASON
Nothing is better than the feeling of coming home from a day in the woods after a successful fall deer hunt. Unfortunately, every season can’t be deer season, but now there is a way to relive that feeling every day year-round with a custom, vinyl tailgate wrap. Shared on Facebook by Sandys Custom Auto based in Jacksboro, Tennessee last month, the photo has since been shared by more than 60,000 jealous, truck-owning deer hunters. And at just $89 plus shipping, we can’t wait to get ours! (via Outdoor Hub)

https://www.facebook.com/TheGunCollective/videos/1162074143863841/
SB-15 BRACE CONFUSION
Since 2013, the SB-15 brace has been the subject of back and forth confusion between firearm owners and the FTB (aka FTISB, aka FATD). In the latest episode of The Gun Collective‘s “The Legal Brief,” attorney Adam Kraut attempts to tackle the question everyone has been asking since the 2015 SHOT Show: Can you legally shoulder a SB-15 brace? Though lengthy and full of legal jargon, the video does a great job laying out a path littered with government inconsistencies—the biggest being what is the intent of the firearm. If a firearm is designed or made with a SB-15 brace and the intent is to shoulder said brace, then the implied answer is ‘no.’ However, even Adam cannot give a definitive answer, which just goes to show how little progress has been made on the matter in the past three years.