[youtube https://www.youtube.com/watch?v=G2Ulq0ZfbMA] .50 BMG VERSUS WINDSHIELD
After discovering a .22LR bullet will indeed go through a windshield (watch video here), the guys at Full Mag decided to skip the middleman and jump right into the big stuff—.50 BMG. However, while the results of their last test may have surprised you, there is no surprise with the .50 BMG round. While the exact ammo used is not mentioned, .50 BMG is known to travel at some 3,000 ft/s with more than 13,000 ft/lbs of energy which is more than enough to travel through the windshield, driver seat headrest and out the rear window of the test truck. Watch for the big gun and slow motion.(via Guns.com) [youtube https://www.youtube.com/watch?v=7Kdk7PFlQXg] URBAN STUNTING
It costs as much as your first car, but for the serious offroader, the Polaris RZR XP Turbo is an exhilarating ride of power, performance and precision. As part of their viral series “XP1K,” UTVUnderground.com teamed up with Mad Media, Polaris and professional driver RJ Anderson to create a video set in the “post apocalyptic dystopian decay of abandoned steel mills, old factories and train yards.” With a large crew,  jumps and obstacles were built and dust, mud and water strategically placed for Anderson’s custom 200-horsepower Polaris RZR XP Turbo to tear up. We recommend watching the adrenaline-filled video in the highest quality your internet will allow to feel every jump, twist and turn. (via OutdoorHub) 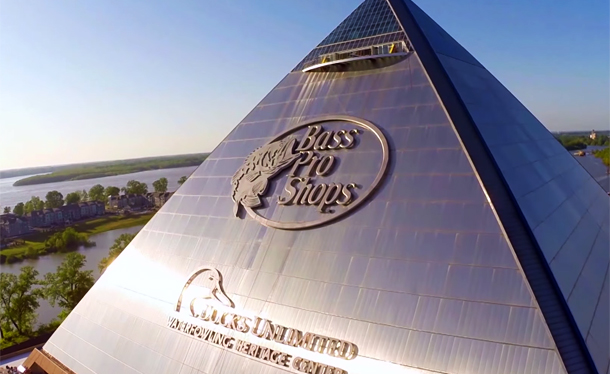 THE END OF CABELA’S
Founded as a mail-order business in the home of Richard Cabela in 1961, Cabela’s has grown into a major hunting, fishing, camping, shooting and outdoors outfitter with more than 60 stores across North America. However, according to sources, privately held outdoors retailer Bass Pro Shops is exploring an offer to buy one of its biggest competitors in Cabela’s. With 70 stores of its own, including the recently opened Pyramid, Bass Pro is working with an investment bank on a potential offer while Cabela’s is seeking the interest of a private equity firm. While we don’t know what this will mean for either retailer, it appears change is coming. Do you shop at either of these retailers?

Did we miss something interesting, entertaining or controversial? Shoot us a link in a comment below and stay up to date with our Social Media Reload archive.