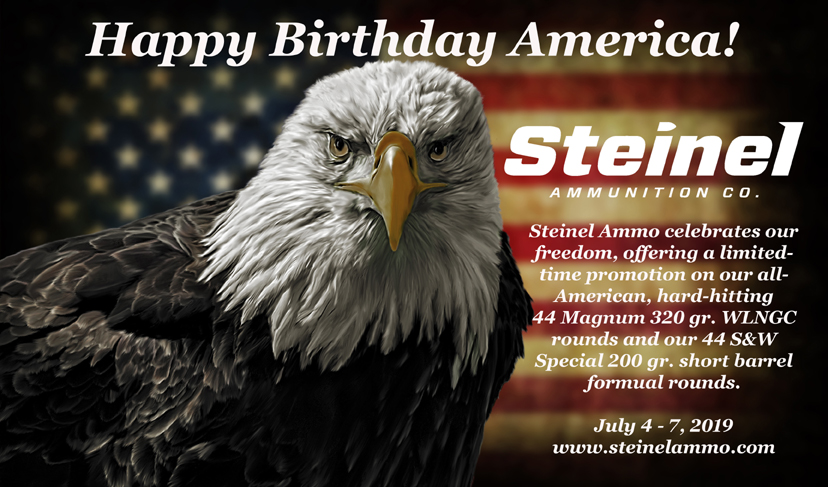 Kick off your summer with Steinel Ammo’s limited-time sale on one of America’s favorite 44 rounds for hunting or self-defense.

Twinsburg, Ohio (July 2019) – Nothing is more American than the 44 magnum round for hog hunting or other hard-to-stop game, and this year, Steinel Ammunition is celebrating America’s birthday with a limited-time sale on their best-selling 44 Magnum 320 gr. hard cast WLNGC rounds. But, before Elmer Keith invented the 44 Magnum for its stopping power, there was the 44 Special and Steinel Ammunition is including their 44 S&W Special short barrel formula in 200 gr. Gold Dot hollow point bullets in their July holiday promotion for concealed carry civilian customers.

From July 4 – 7, 2019, Steinel Ammunition will be offering a 10% percent discount on all orders of their specially developed hunting 44 Magnum 320 gr. rounds. For personal protection, Steinel Ammunition is offering 15% on their 44 Special Self Defense rounds during the same 4-day holiday sale.

“America has had a love affair with the 44 Magnum round since the 1950s and became a Hollywood icon thanks to movies like Dirty Harry,” Andy Steinel, president of Steinel Ammunition, commented. “Our take on the classic 44 Magnum provides all the attributes 44 Magnum fans appreciate like superior stopping power and accuracy but less felt recoil and cleaner barrels with less lead buildup. 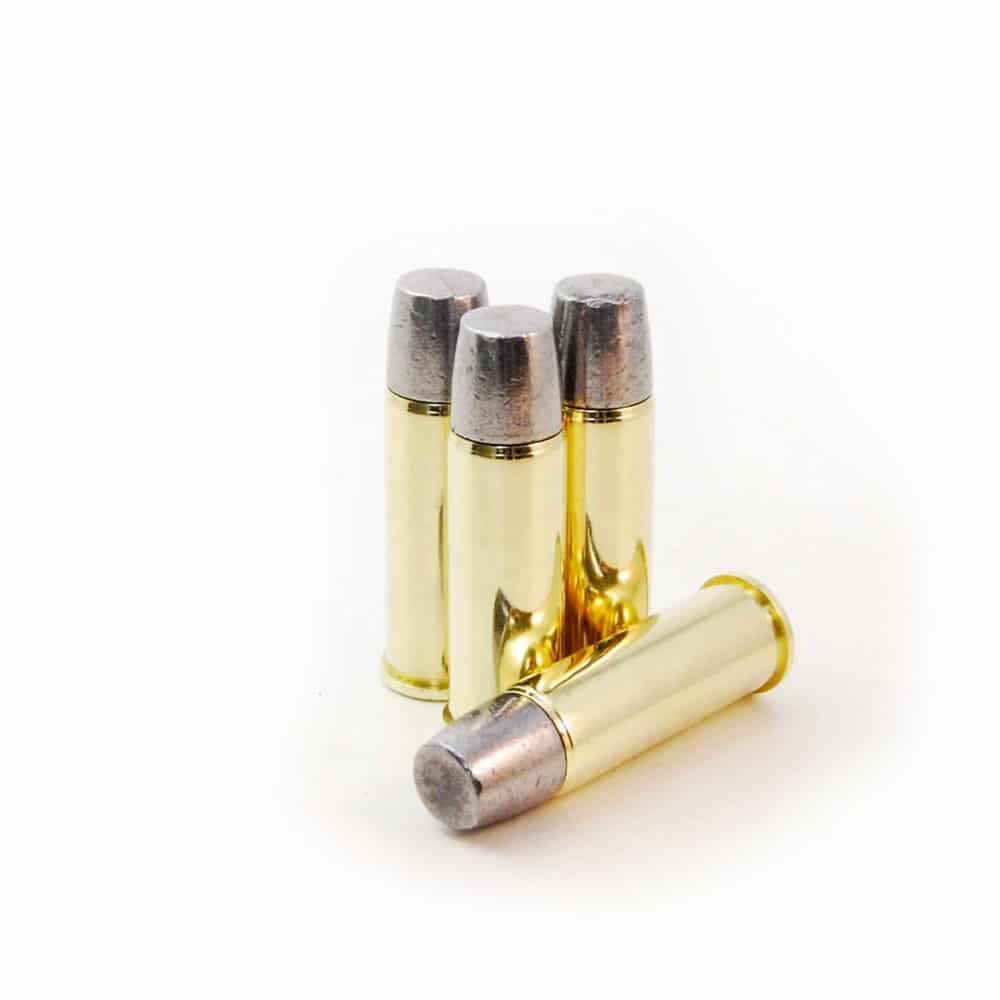 The 44 Magnum is a superior hunting round, powerful enough to stop a tough-skinned big animal, such as North American bears and feral hogs. Backcountry and big game hunters typically carry back up pistols and revolvers in case of a bear attack in camp or afield and the Steinel Ammo 44 Magnum 320 gr. has the penetration ability to put a stop to any bear attack. As a hunting round in itself, the Steinel Ammo 44 Magnum’s combined penetration and little to no deflection makes it an effective and humane round for bear, elk, bison and other American and African big game.

With over five million wild hogs in 35 states in the US, hog hunting has increased in popularity and precedence as the wild hog population takes its toll on farmland, forests, ranches and even invading suburban communities. Feral hogs often compete with wildlife and livestock for food and land and prey on young livestock and wildlife. Many states allow for year-round hunting in an effort to manage the wild boars (which can exceed 500 pounds) and the feral sows and their young. Whether for the ultimate in hunting large, thick-skinned game, Steinel Ammo’s 44 Magnum 320 gr. hard cast WLNGC rounds offer consistent, reliable, and highly accurate performance. 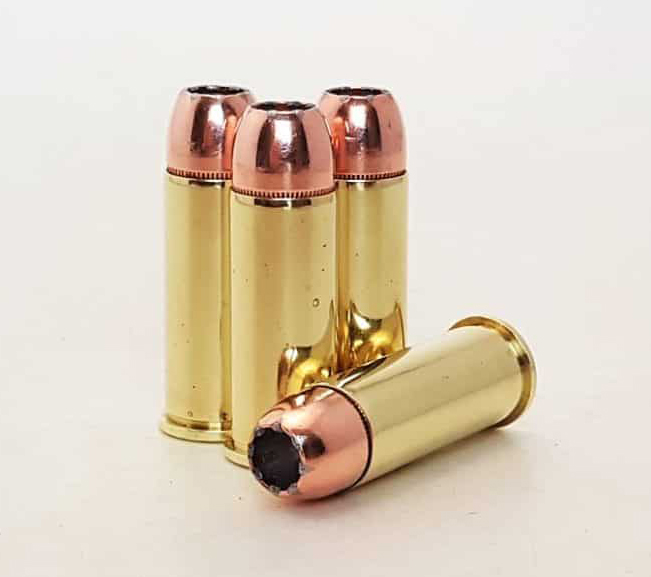 America’s love affair with the snub-nosed revolver has gained traction as more states legalize conceal carry. Law enforcement and military officers have long used “snubbies” as effective back up weapons and continue to use them today. With Elmer Keith’s development of the Magnum 44, the S&W Special began to fall out of favor. But with the rise of CCW licenses across the country, the old stand-by has been reinvigorated and finding new fans. Firearms manufacturers are increasing their offerings in this defensive round to include Charter Arms, Taurus, Ruger and Colt. Customers find the 44 Special similar to the popular 45 ACP, and as opposed to the 44 Magnum, the 44 Special offers less recoil and less flash.