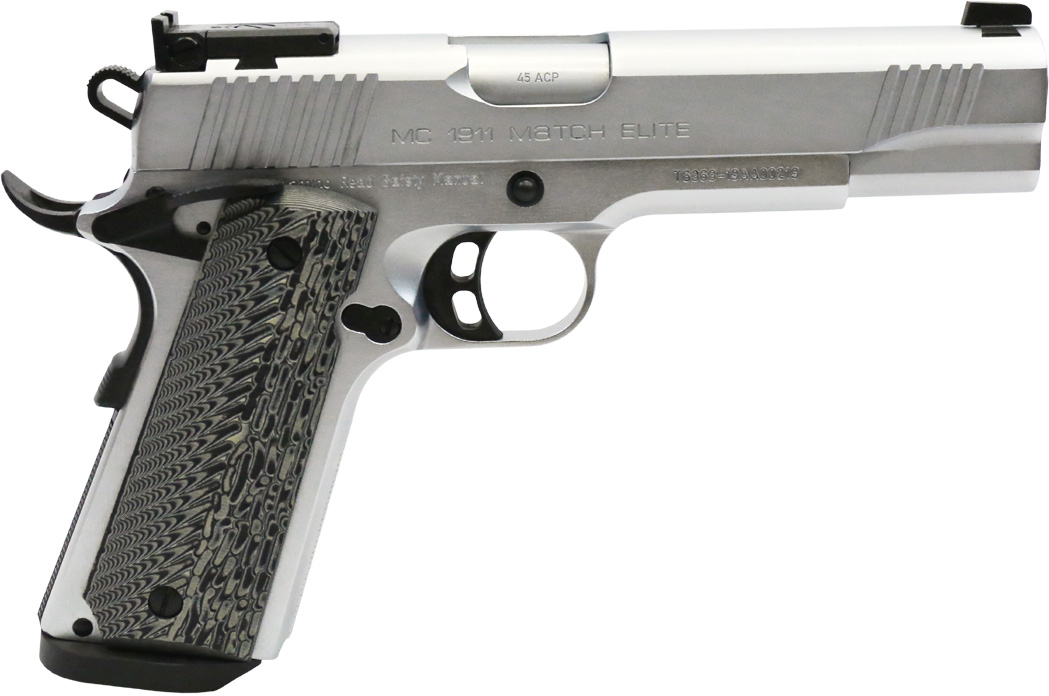 EAA’s new Girsan 1911 pistols are loaded with features you normally find on a “big name” 1911 pistol, except the MC1911 Match and Match Elite won’t hurt your wallet.

Cocoa, Fla. (January 2020) – European American Armory Corporation (EAA Corp.), importers of select quality and affordable handguns, rifles, and shotguns, announce the affordable alternative to the traditional “big name” 1911 brands: the EAA Girsan MC1911 Match and Match Elite pistol. Loaded with features and made with the fit and finish one would expect of the high-priced brands, the EAA 1911’s pack features, accuracy, detail, and performance into what is bound to become your new every-day 1911.

The MC1911 Match full-sized pistol is available in three finishes: Blue, Two-Tone, and Nickle and come with checkered laminated grips. Trigger weight on the Match smoothly breaks at 2.5 to 3 lbs.

The MC1911 Match Elite Government-sized pistol includes many of the same features as the Match, plus a fully adjustable competition rear sight, G10 grips, a competition trigger, magazine well and competition barrel with a cone barrel lock-up and is finished in Girsan’s Competition Matte Hard Chrome Finish.

Both EAA’s Girsan MC1911 Match and Match Elite pistols come with EAA’s limited lifetime warranty and are known worldwide for their quality and repeated performance. With all the money you will save on purchasing an MC1911 Match or Match Elite you can shop for accessories at EAA.