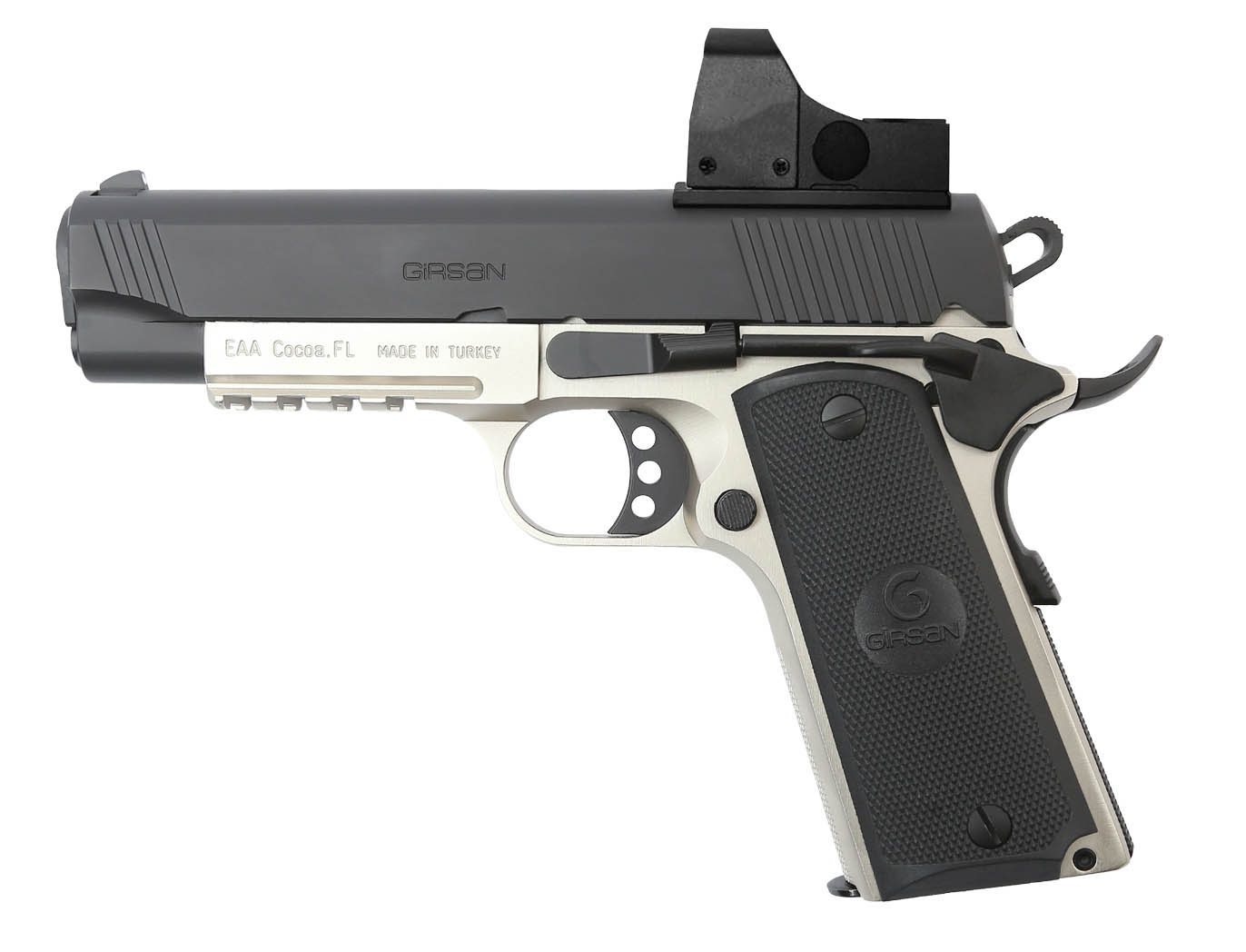 EAA’s new Commander-sized 1911-style pistols have features, options, and performance similar to the more expensive versions, with money to spare for accessories or ammo.

Cocoa, Fla. (December 2019) – European American Armory Corporation (EAA Corp.), importers of select quality and affordable handguns, rifles, and shotguns, have taken the popular 1911 Commander-style pistol and put their stamp of excellence and affordability on their new Girsan MC1911C and C-TV pistols in .45 ACP and now 9mm.

The 1911 pistol-style is one of the most sought-after models for everyday carry and competition and the new MC1911C and C-TV pistols will not disappoint. The fully-machined steel frame and slide are offered in three finishes: Blue/Black, Two-Tone, and a Dark Earth finish. The pistols feature a checkered frame grip front and back for added grip confidence. An accessory rail in front of the trigger guard allows for lights and lasers. Many of the features on these pistols are typically found on more expensive competition pistols, but come standard on the MC1911C and C-TV, such as a Novak® style rear sight, an extended beavertail with checkering, a long-hole hammer, slide serrations, and a skeletonized trigger. An option for a Dot Carry Optic instead of the Novak sight is available on the MC1911C-TV.

The new Girsan MC1911C and C-TV pistols not only look great but are outstanding performers. A clean, crisp trigger pull generally comes in at around 3.5 to 4 lbs. See the full line of EAA’s new Girsan 1911 style pistols here: 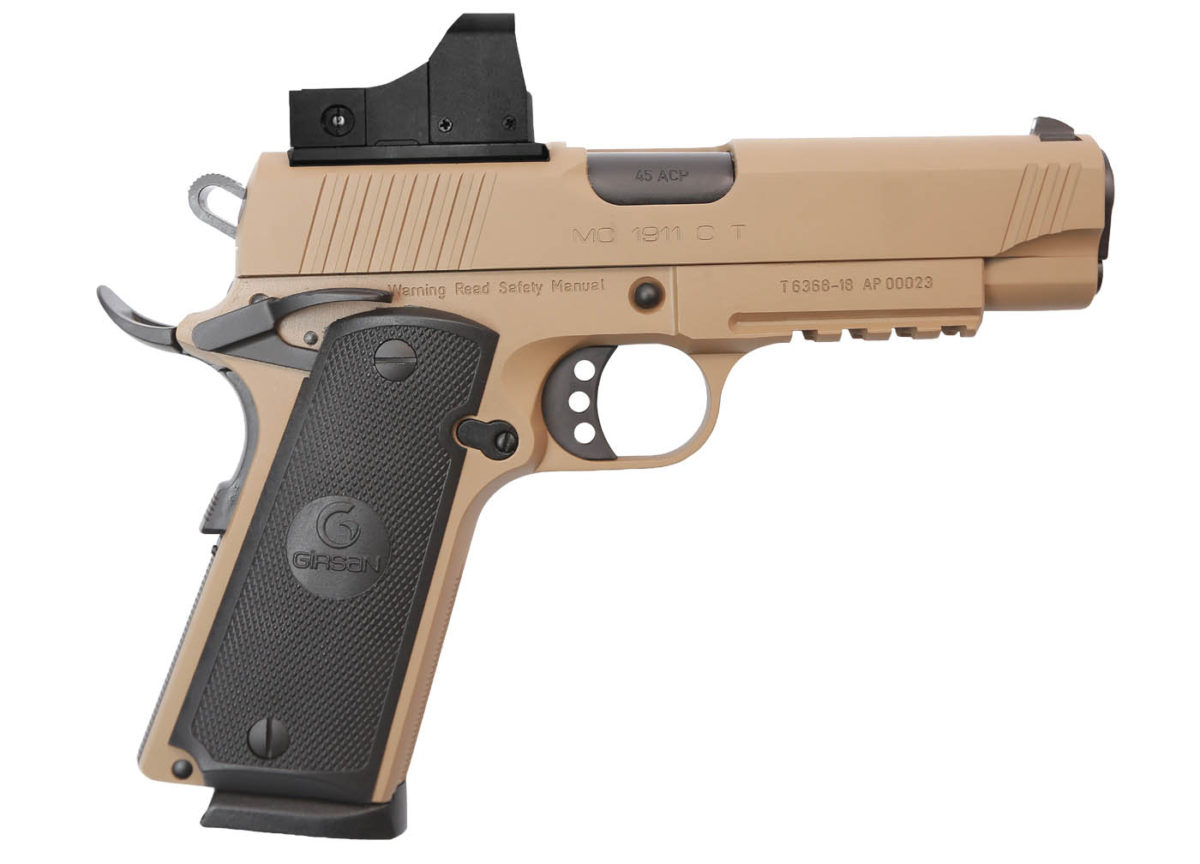 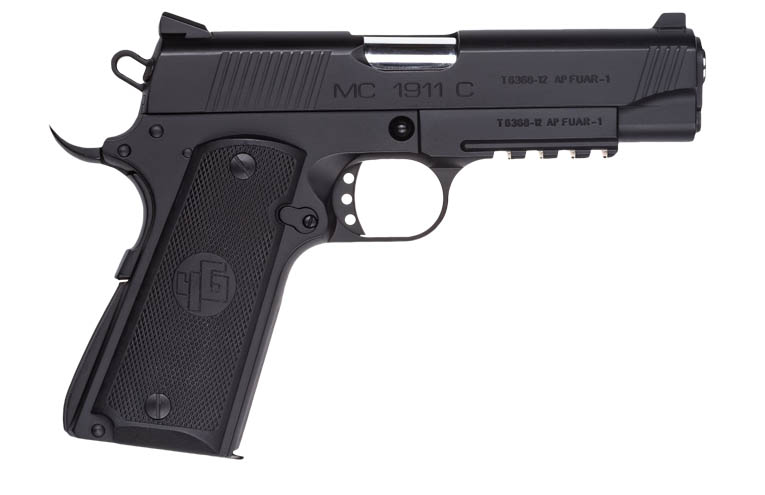