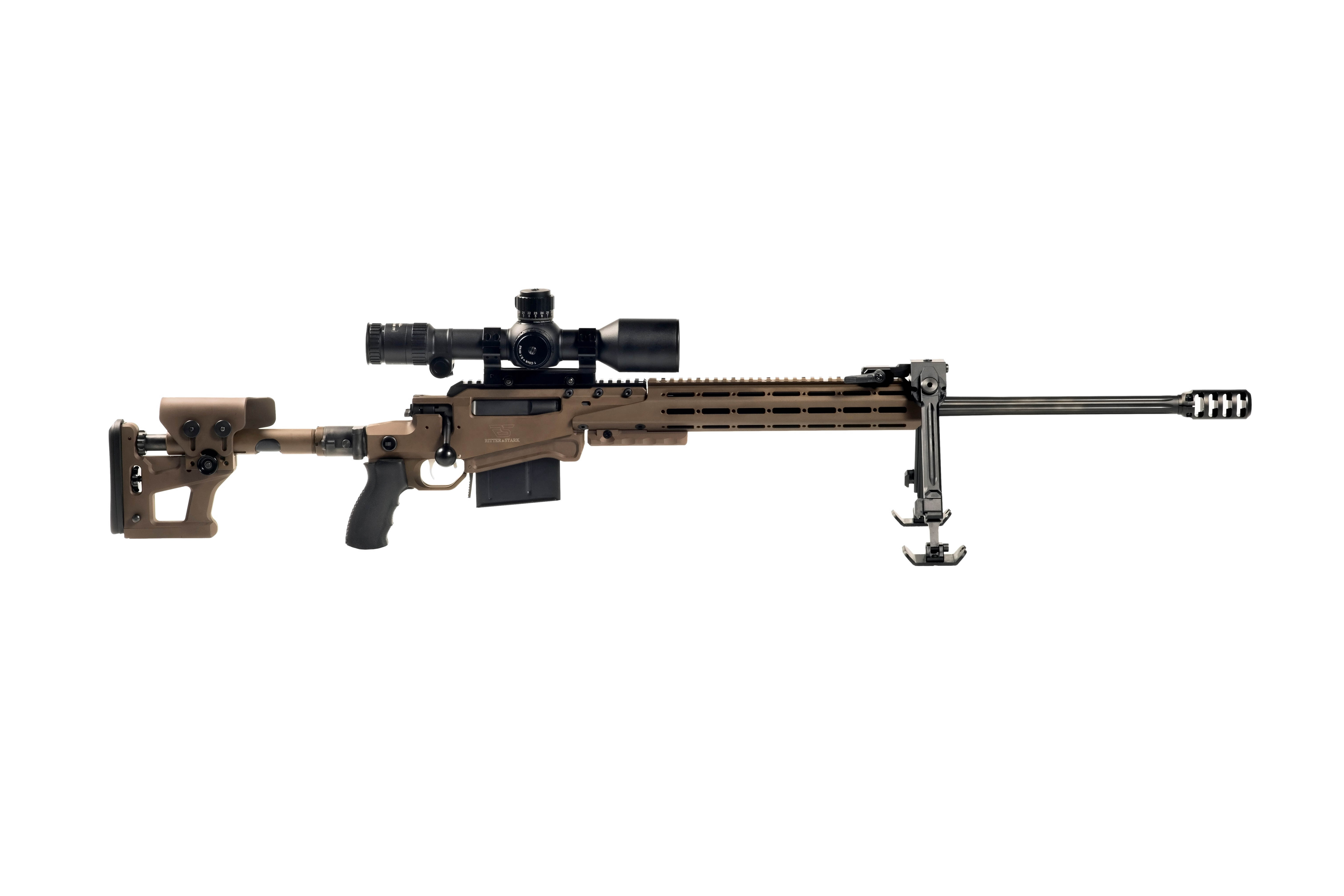 The long-range precision SX-1 MTR rifle designed and produces in Austria will be available for media and buyers to try at the VFOB Try & Buy event before SHOT Show 2017.

Feistritz, Austria (December 2016) – Ritter & Stark, an Austrian-based firearms design and manufacturing company, are bringing their SX-1 Modular Tactical Rifle (MTR) to the Veterans Forward Operating Base – Try & Buy event January 15 & 16, 2017 at the Pro Gun Club in Boulder City, Nevada. The event, sponsored by the Veterans Family of Brands, will host 50 members of the VFOB family and 50 additional manufacturers showcasing an array of firearms and firearms gear.

The 2-day event precedes the annual SHOT Show® and will give dealers and media members the opportunity to try some of the latest and hottest weapon platforms on two ranges. Ritter & Starks’ new entry into the long-range precision rifle niche has already received a large amount of attention and press on the international defense market, as well as its US debut at the 2017 AUSA show.

VFOB Try & Buy attendees will be able to shoot the SX-1 MTR and see first-hand how  fast one can change calibers between a .308 Win., .300 Win Magnum and a .338 Lapua Magnum. Scopes do not have to be changed out or re-sighted since the SX-1 MTR barrels feature a MIL-STD 1913 Picatinny rail installed directly on the barrel. Pre-set scopes make conversion barrel change-outs quick and efficient without any loss of zero.

Ritter & Stark barrels are guaranteed to at least leading in industry 5,000 rounds for .308Win and .338LM, and 2,000 rounds for .300WM assuring 100% of accuracy. Ritter & Stark’s SX-1 MTR’s performance is  factory proven to be a consistent 0.5 MOA with 3‐round groups or better using factory match grade ammunition.

See and try the Ritter & Stark SX-1 MTR at the VFOB Try & Buy. Reservations are required at info@veteransfob.com. Visit Ritter & Stark at the SHOT Show and see the future of rifle systems available now at the NEXT Pavilion, Kiosk 331. For sales appointments during the exhibition, please contact Alexander Chikin at +43 664 88 5456 41. For media appointments, contact Laura Burgess at 252-288-5805.

Ritter & Stark, a subsidiary of HPP Precision Products GmbH in Ferlach, Austria, was founded in 2015 to provide military, law enforcement and shooting sports enthusiasts with the most advanced firearms systems, built to exacting tolerances using state-of-the-art manufacturing processes in the next generation production facility. The SX-1 Modular Tactical Rifle is the first product to launch from Ritter & Stark. Besides the SX-1 MTR bolt action sniper rifle, the company is already working on other products, which are planned to be released in 2017. www.ritterstark.com