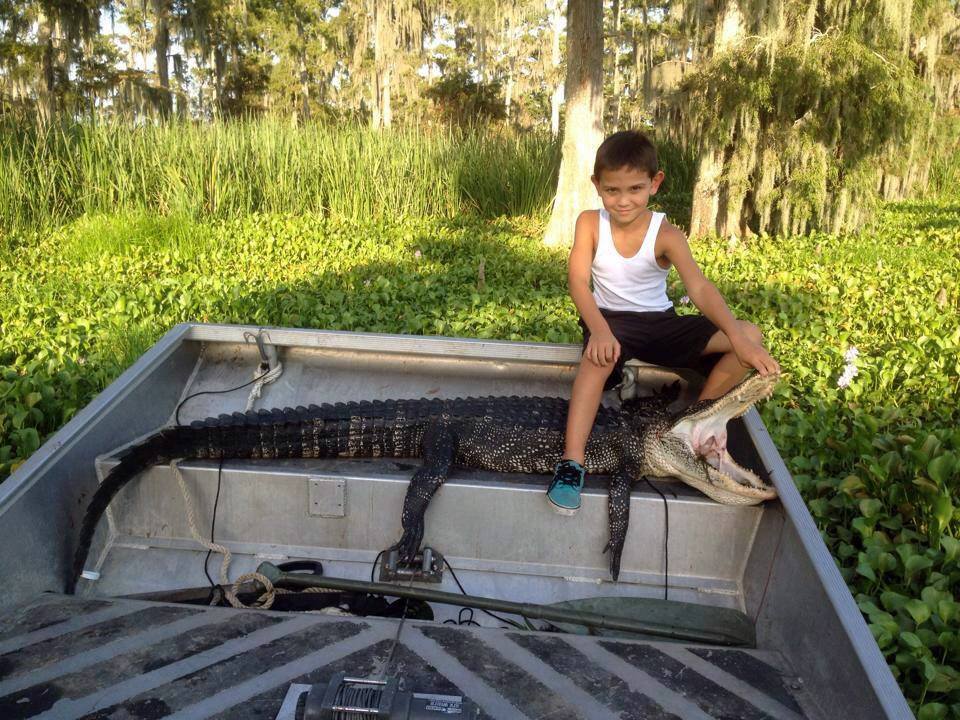 American Technologies Network Corp. (ATN), innovators of advanced night vision, thermal imaging and digital Smart HD optics for hunters, outdoor enthusiasts, military and law enforcement, is pleased to announce the winners of its Father’s Day photo contest, Generation X-Sight. First prize was given to the father and son/daughter duo whose photo of themselves in the outdoors, hunting or shooting together received the most likes. Second prize went to the entry that received the second most likes. The contest received 126 entries, 3200 visits and over 1200 people voted on it to determine the winner.

Derek Billiot’s winning photo: This photo was taken when Billiot and his son were hunting alligators together last fall in Louisiana.

The photo of Derek Billiot and his son Derek Jr., of Louisiana, received 241 likes on Facebook and won first prize. Billiot and his son will be sent two 5-18x X-Sight HD Rifle Scopes so they can continue their tradition of hunting alligators together and use the record/photo function to share their memories with others.

“My son and I would like to thank ATN for making it possible for us to own these awesome scopes. I felt the picture that I used for the contest wasn’t the best picture of my son, but it was different and it showed our alligator hunting heritage,” said Billiot. “We plan on using the X-Sights to hunt deer, hogs and alligators. My son and I will be able to record our hunts and have lots of memories to share because of ATN.”

Sleeping on the job: Rosencranz snagged this candid selfie of his daughter and self while bow hunting.

Ryan Rosencranz of Maryland and his daughter Adriana’s entry received the second most likes (191) and they will be sent a ShotTrak HD Gun Camera that they can attach to their hunting rifle or bow and record their hunts. “I took the selfie of my 11 year old daughter, Adriana and myself, in our ground blind.  We were hunting whitetail deer during Maryland’s bow season and it was so peaceful that she fell asleep sitting next to me.  We can’t wait to try out our new Shot Trak on our next outing.”

The X-Sight (MSRP $729) has a high resolution day/night sensor that can be switched between modes so that during the day the user can look through the high-definition scope like any other daytime scope, while at night or in darkness, the sensor can be turned on and the scope can be used like a night vision scope. The X-Sight can also take and record photos and high-definition video and has Wi-Fi and Geotagging capabilities so that hunters can share their adventures with their family and friends.

The Shot Trak HD (MSRP $129) is a high-definition gun camera built for capturing personal outdoor adventures and has 5-times the magnification of any standard action camera. It is ruggedly built using military-grade materials and is tough enough for repeated recoil. The Shot Trak HD is capable of fully recording target practice, a hunt or outdoor action in full high-definition with sound. It operates with a simple toggle switch and is microSD compatible.