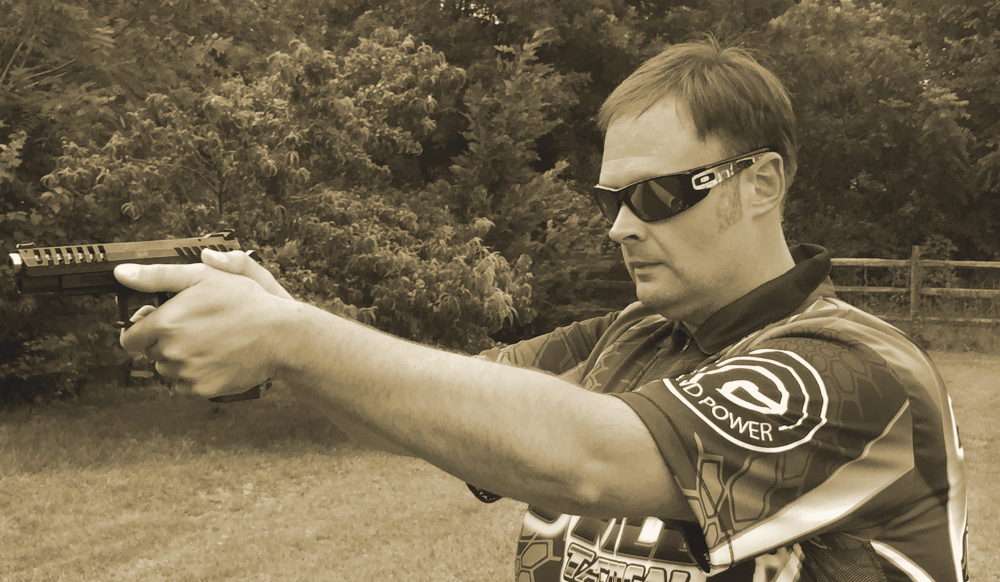 Eagle Imports, Inc., the exclusive distributor of Grand Power firearms products, is pleased to announce that Robert King, its sponsored pro shooter, took second place at the Maryland Practical Shooters Match held June 27-28, 2015 in Thurmont, Maryland. It was only King’s fifth match ever in the Production Division and he was surprised at his impressive finish.

“The Grand Power ran great. It put the shots right where I called them. It was nice not having to worry about my gun and really the biggest challenge for me was focusing on my mental game. Once I got myself in the right mindset I killed it at the match,” said King.

The Grand Power X-Calibur is ready for competition as soon as it’s taken out of the box and loaded. It incorporates technology that is unique, truly different and ahead of the curve. It has a rotating bull barrel that unlike most semi-autos never tilts up and never leaves the target, reducing recoil and making sure that the second shot hits exactly where the first shot did. It also has a match grade trigger, adjustable sights, modular replaceable back straps, a scalloped slide that reduces weight and allows the action to cycle faster and a CNC machined steel chassis that provides maximum durability.

“We’re not surprised that Robert did so well in his match. The X-Calibur comes out of the box with features usually seen only on heavily modified race guns. It really gives you an advantage over the competition. We’re excited to see where the X-Calibur takes him next,” said Michael Sodini, president of Eagle Imports.

Be sure to watch King as he competes in the USPSA Nationals being held Aug. 5-9, 2015 in Barry, Illinois. Follow him on Facebook for match updates.

To learn more about Grand Power, or any of the other firearm brands that Eagle Imports carries, visit http://eagleimportsinc.com.