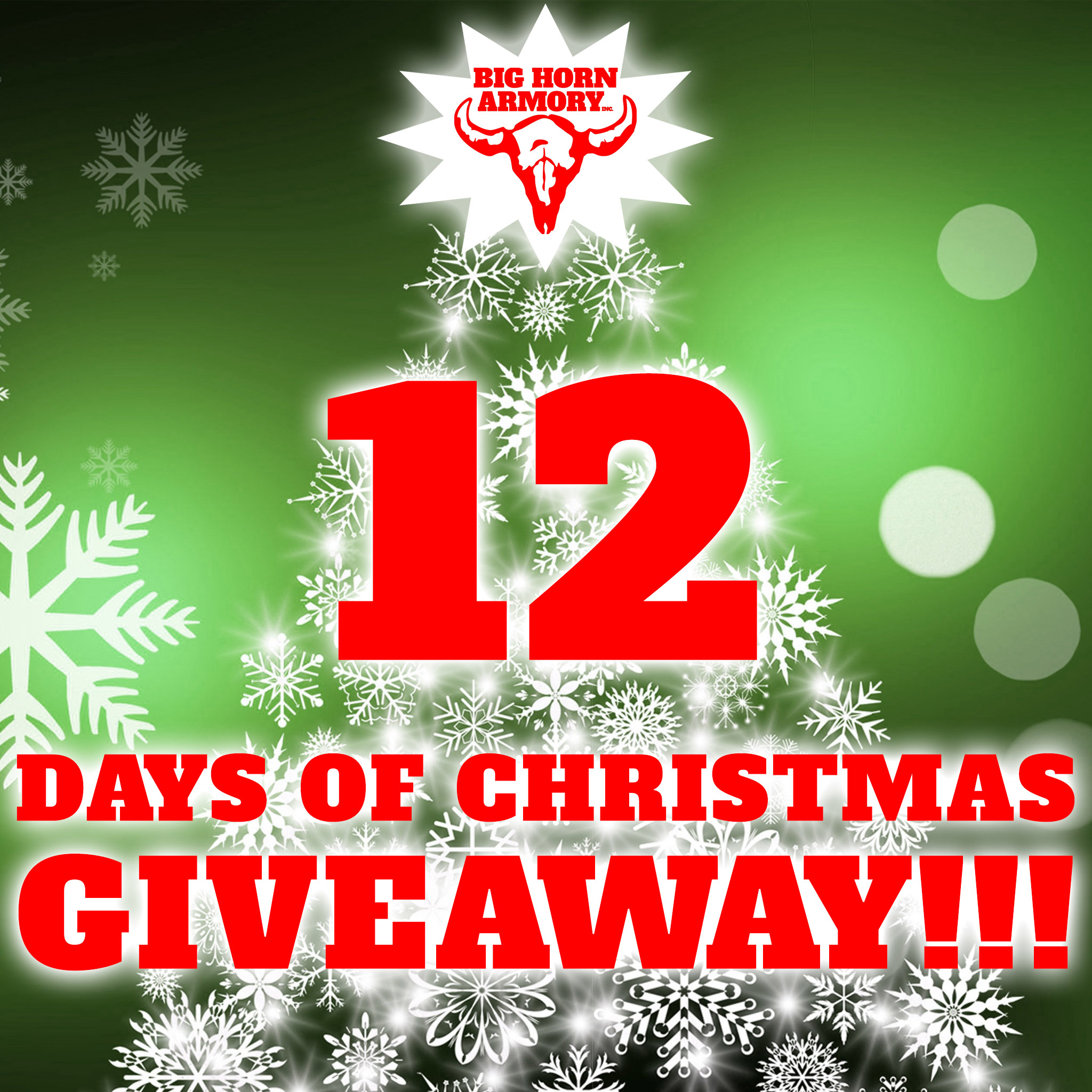 Cody, Wyo. (December 2020) – Big Horn Armory (BHA), makers of big-bore firearms, is pleased to announce it has launched a special 12 Days of Christmas Giveaway to celebrate the season of giving. Entrants will have the opportunity to win great prizes from BHA every night for twelve nights, starting on Dec. 13 and concluding on Dec. 24, 2020. Prizes include a BHA logo hat, t-shirt, AR500 five and nine-round magazines, sling, scabbard, butt cuff, or some combination thereof. The prize of the day will be announced in the daily 12 Days of Christmas Facebook or Instagram post, as well as the daily e-blast.

There are three ways to enter the Big Horn Armory 12 Days of Christmas Giveaway:

Enter daily as the prize packages will only get better the closer to Christmas we get! One winner will be randomly selected each day from all the qualifying entries and contacted by direct message on either Facebook or Instagram or via email.