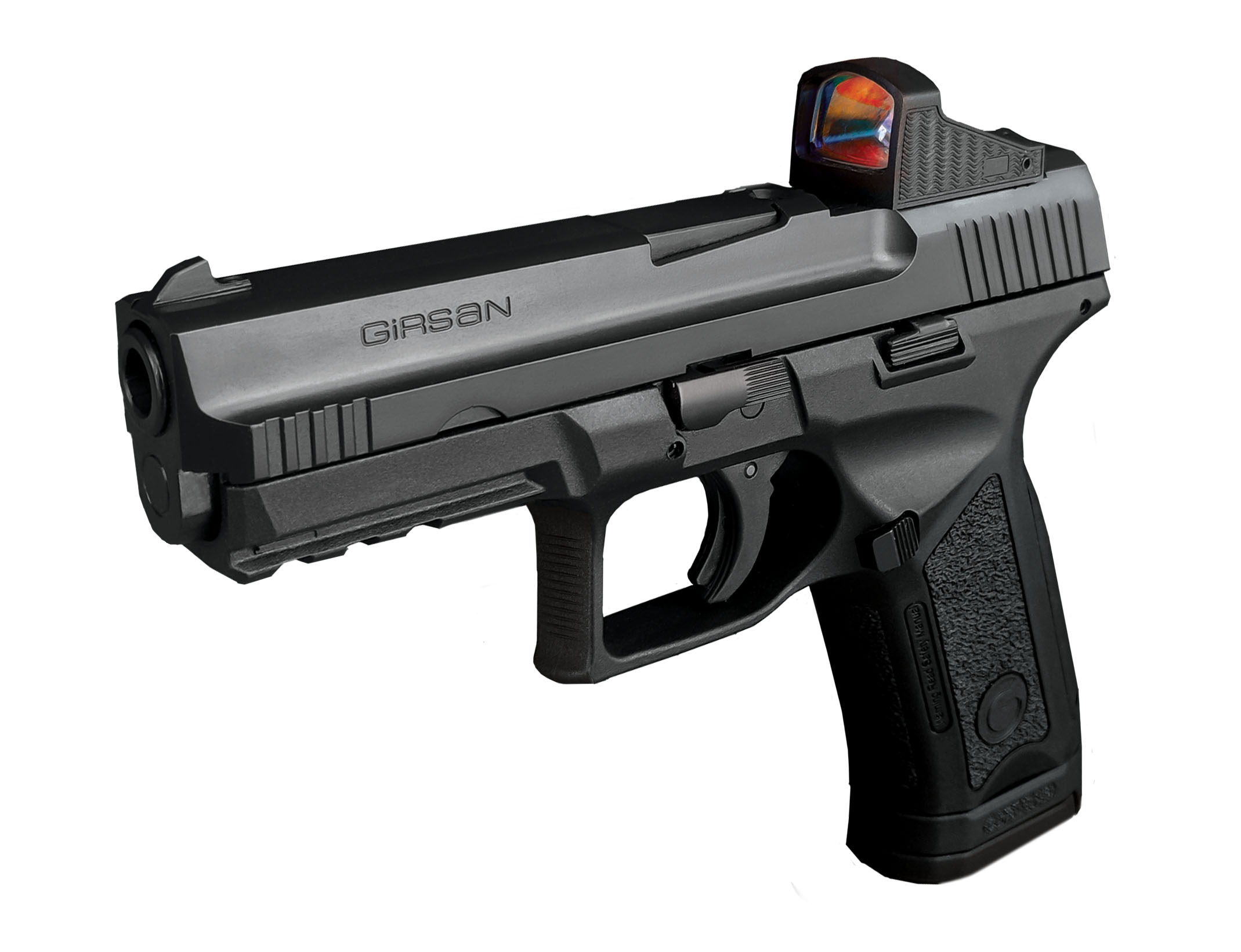 Cocoa, Fla. (December 2020) – The Hunt for The Red Dot. It’s not a spy thriller or block-buster movie, but an actual reaction when trying to aim a pistol and find the elusive red dot in the pistol optic! Don’t lose precious time trying to put the red dot on the target with EAA Corp’s new patent-pending Fast Acquisition Red Dot Optic (FAR-DOT™) mounted on the Girsan MC9 Standard and MC9 Match pistols.

The Girsan MC9 Optics pistol, in 9mm is an ergonomic pistol with a sleek design in a lightweight build, whether for competition, target shooting, or home defense, its fit, form, and function are first-class and known worldwide. The MC9 Optics includes EAA’s patent-pending design; the FAR-DOT optic mounts without an optics adaptor plate, means no shaking or distortion of the target while shooting. Unlike traditional red dots, that require the shooter to locate the red dot while acquiring the target, EAA’s FAR-DOT solves the hunt for the red dot! Literally, draw, aim, and shoot without losing time or the target. Three interchangeable backstraps come with the MC9’s to give the pistol a comfortable, custom grip for any size hand. A rail in front of the generous trigger guard offers an additional place for lights or lasers, increasing the versatility of the MC9 Optics pistol. 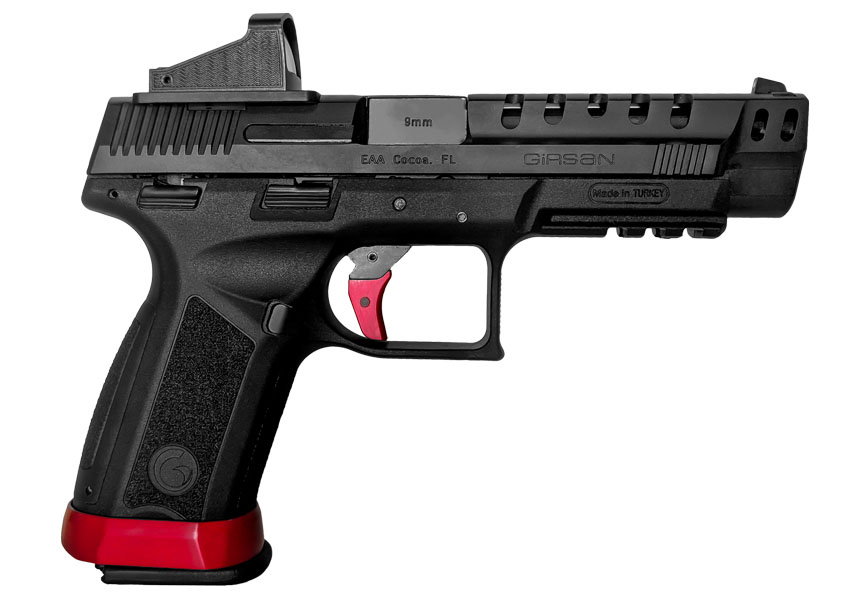