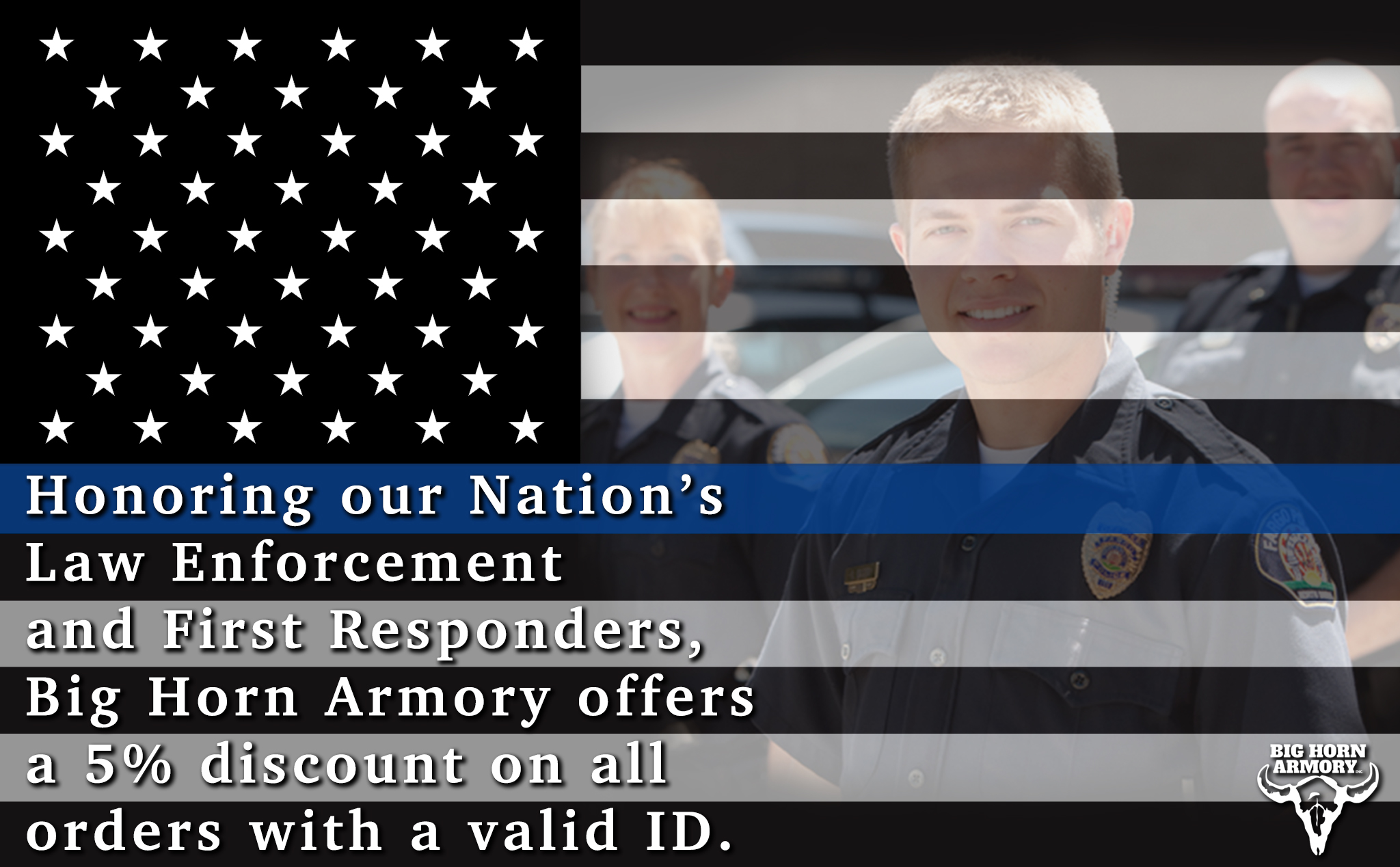 Any new purchase made by law enforcement officers, first responders, firefighters or EMTs will receive a five percent discount off their entire order with a valid ID card or proof of service.

Cody, Wyo. (June 2020) – Big Horn Armory (BHA), makers of big-bore firearms, offers a special discount just for past and present members of the first responder community. Similar to its Military Discount, BHA also offers a five percent discount on all orders made through the BHA website to current and retired members of law enforcement, first responders, firefighters, and EMTs. Simply provide proof of service with a valid ID to receive the discount.

“Service to our country comes in many forms, and we recognize the duty and sacrifice that members of the first responder community undertake to keep us civilians safe. Whether that’s fighting a fire, taking care of someone in an ambulance, or facing an armed robber, we commend their service and offer a special discount just for them. Thank you for all you do,” commented Greg Buchel, president of BHA.