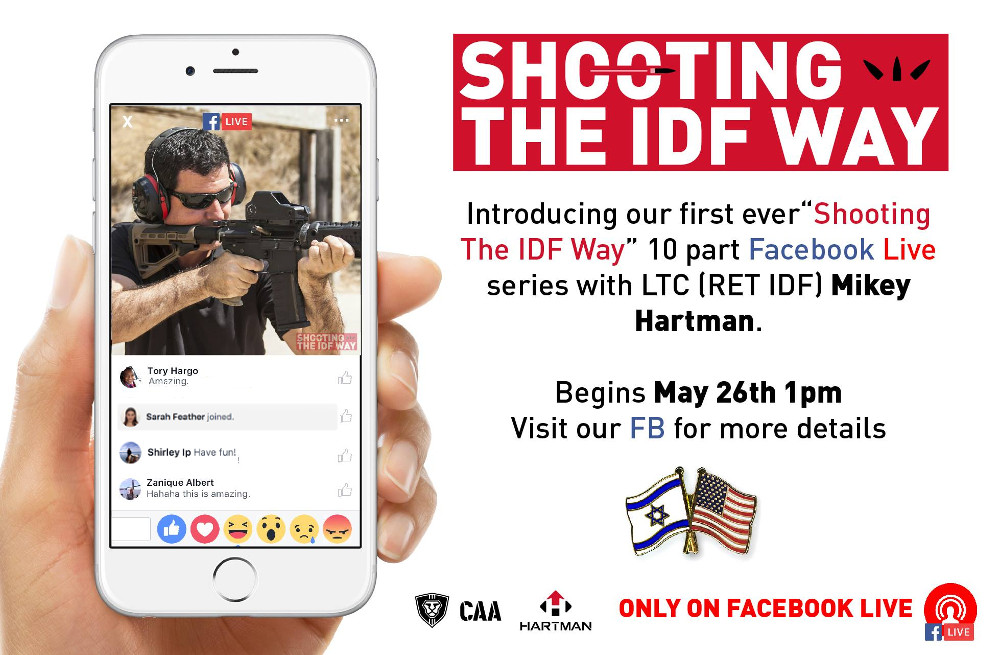 Pompano Beach, Fla. (May 2017) – CAA, developers and manufacturers of advanced battle-tested firearms accessories, is proud to introduce its first ever “Shooting the IDF Way” 10-part Facebook Live series, hosted by LTC (RET IDF) Mikey Hartman. Hartman will be sharing tips and techniques he himself wrote and used in his career as a military trainer with the IDF and as the author of the IDF Marksmanship Shooting Doctrine. The first Facebook Live event will be held May 26, 2017, at 1 p.m. EST at www.facebook.com/caaupgrade. Subsequent events will be held once a month in the last week.

“I’m looking forward to hosting our first Facebook Live event and to have a platform where I can interact with the public directly and in real time,” commented LTC Hartman. “I will never say that the IDF way is better than any other Military way but it works for Israel and it will be cool sharing ideas.”

Hartman has trained over half a million IDF soldiers and a few thousand U.S. troops during his 22-year military career. He established the IDF Sharpshooting and Marksmanship School and wrote the entire IDF Marksmanship Shooting Doctrine. Hartman is CEO of CAA, as well as the CEO and co-owner of Hartman Optics, the proud manufacturer of the MH1 Sight.