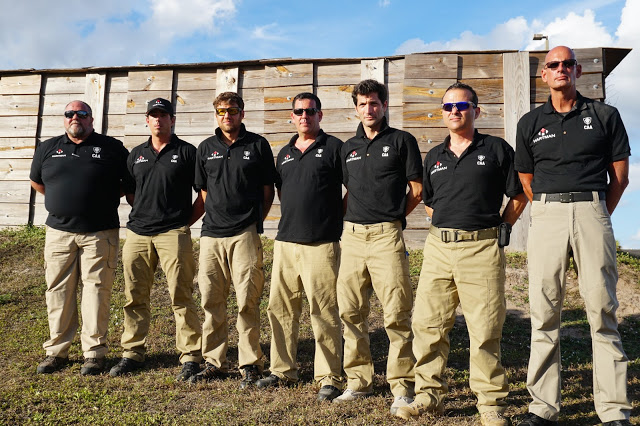 CAA/Hartman have moved to a much larger facility, Lt. Col. (Ret.) Mikey Hartman, CEO of CAA and Hartman Optics has moved himself and family from Israel to the U.S., as well as launched the “Train the Trainer – The IDF Course.”

Pompano Beach, Fla. (January 2017) – Lt. Col. (Ret.) Mikey Hartman, CEO of CAA, developers and manufacturers of advanced battle-tested firearms accessories, and Hartman Optics, designers and manufacturers of the state-of-the-art MH1 Reflex Sight, demonstrates his commitment to CAA/Hartman customers by moving his family to Florida on the heels of the highly successful, invite-only “Train the Trainer- The IDF Course” media event held in Altair Training Solutions in Florida, in mid-December.

“This past year, CAA and Hartman moved to a much larger facility in the Pompano Beach, Florida, area while launching numerous products such as the Micro RONI, Micro RONI Stabilizer, Roni Stabilizer, RONI Civilian, AK Mag and the Hartman MH1 Tactical Reflex sight. Mikey Hartman stated. “We made the decision to bring my family to the United States so that I can actively lead these companies and grow these brands within this marketplace.”

The “Train the Trainer – The IDF Way” event was established to demonstrate the full range of capabilities of CAA’s top products like the Micro Roni, the Micro Roni with Stabilizer Brace invited by the owner of CAA/Hartman Moshe Oz who named the RONI after his daughter and the highly innovative MH1 reflex sight developed by Hartman and his Israeli team.

Media from print and online were invited for a three-day intensive course that gave the writers a new perspective on how the Israeli infantry trains their trainers. Mickey also introduced IDF style shooting targets in three sizes; head, shoulder and full length of an Israeli enemy soldier drawing a bead on the IDF Soldier. These targets are used by every IDF Soldier throughout their military career to simulate a variety of shooting scenarios and defensive strategies.  One of the big hits was the ZUES “Zero Under Eighty Seconds” Shooting Mattress , an ingenious prone shooting platform conceived and designed by Mikey for the sole purpose of helping trainees understand and develop the muscle memory for a prone 45° shooting position. Completely customizable to the user, the military-grade vinyl covered Crosslink closed-cell polyethylene foam forms attach with hook and loop to form the perfect prone shooting platform for any size person.

Todd Burgreen, writing for Althon Outdoors commented, “[It was] a fast-paced course and a great proving ground, not only for the individual, but also for firearms and equipment. This was taken advantage of by seamlessly using the CAA Micro Roni with a Glock installed and an AR15 with the Hartman MH1 sight mounted. Thousands of handgun and rifle rounds were fired downrange over three days with no issues encountered with the Micro Roni or MH1 optic. This served as a solid testament to the CAA / Hartman products without CAA even having to say a word!”

Larry Zanoff from ISS Weapons, the largest rental armory in the film and television industry, added, “Top notch training, from excellent instructors whose firsthand knowledge comes from the battlefield, not a power point slideshow, at Altair Training Solutions a first class facility. That’s CAA / Hartman in a nutshell!”

CAA and Hartman Optics will be exhibiting at the 2017 SHOT Show in January in Las Vegas, Nevada, at booth # 12571.