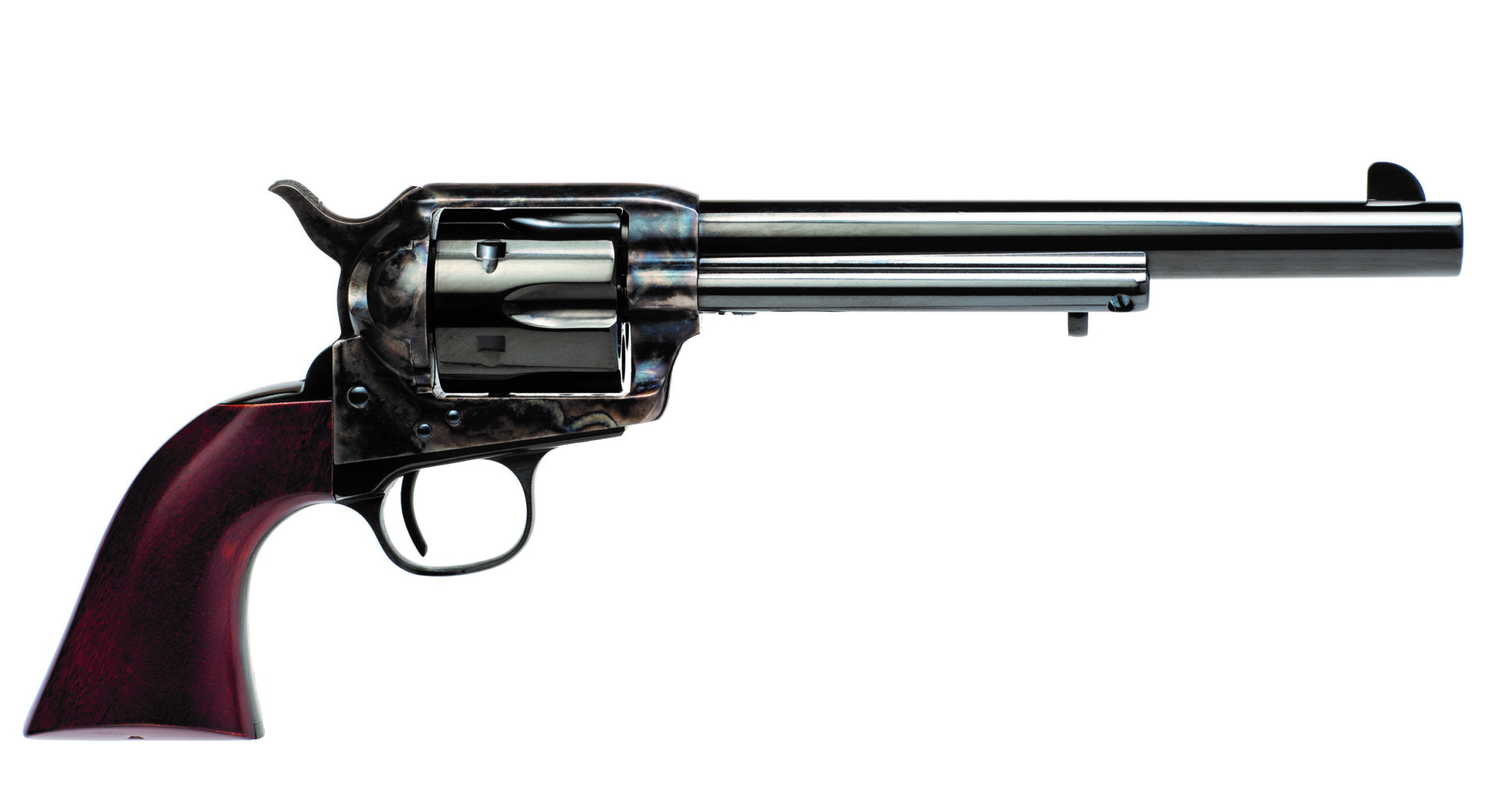 Fredericksburg, Texas (May 2022) – Cimarron Firearms, makers of quality replicas of Old West firearms, is proud to introduce the US Cavalry 1873 Henry Nettleton single-action revolver. For collectors of antique firearms, the Henry Nettleton inspected Cavalry models are a much sought-after firearm with auction prices reflecting its rarity.

The Cimarron replica of the US Cavalry 1873 model showcases the features that made this gun the weapon of choice for government troops. The Henry Nettleton Cavalry is a 45LC single-action, six-shooter with a 7 ½-inch barrel in a standard blue finish with walnut grips. What makes the Henry Nettleton model so unique is that Nettleton, a US Principal Sub-Inspector for the US Ordnance Department in 1878, only inspected and stamped about 3,000 guns. Additionally, Nettleton placed his inspection stamp on the left side of the hammer and trigger guard, unlike any other inspector. Why he was allowed to do this, is still unknown. Many of the guns Nettleton inspected were later refurbished for the NY Militia and barrels were cut down to 5 ½-inches and case hardened along with the cylinder, hammer and trigger, and trigger guard. The Cimarron US Cavalry 1873 Henry Nettleton pays respect to the original 1st generation Colt government models inspected by Henry Nettleton, down to the details of proof marks and all of Nettleton’s inspection stamps using the exact same fonts and placements as the originals. MSRP: $697.34,