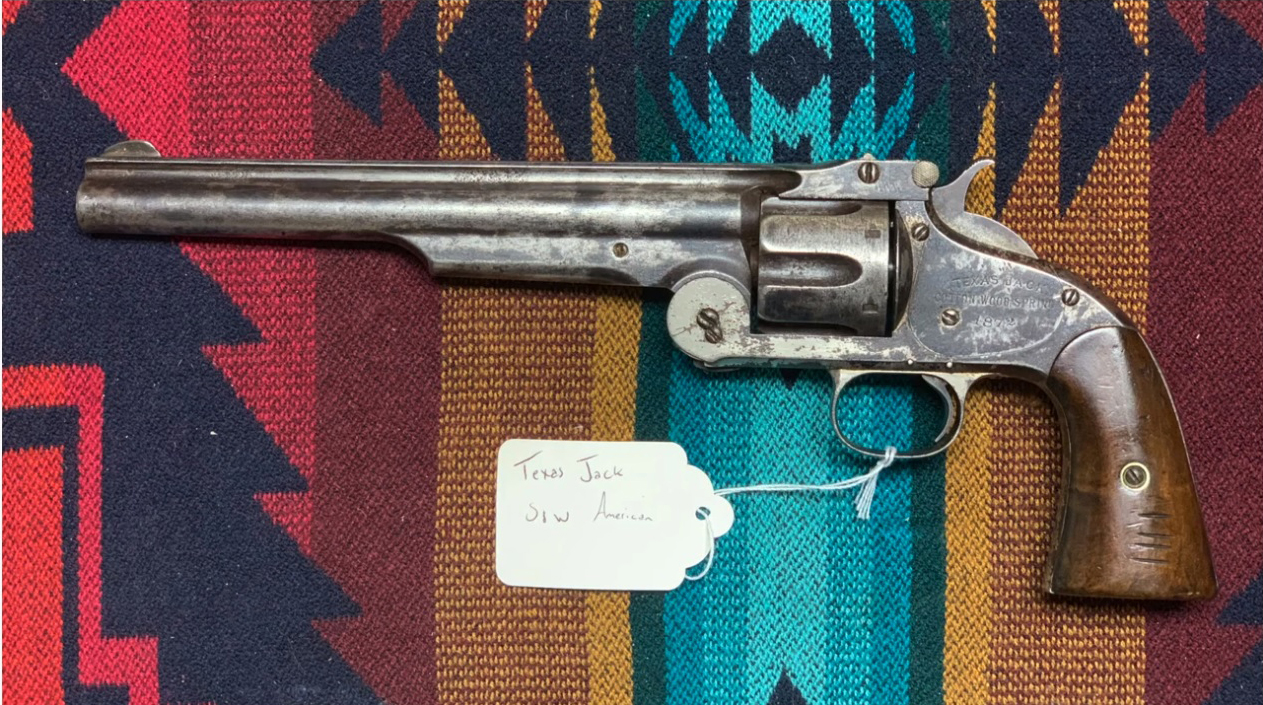 Mike Harvey, founder of Cimarron Firearms,  retells the story of Texas Jack Omohundro and a rare and famous pistol.

Fredericksburg, Texas (June 2020) – Cimarron Firearms, recognized as the leader in quality and authenticity in Old West replica firearms, announce the second in a series of Cimarron Originals with Mike Harvey is now live on YouTube. In the new video, “Texas Jack Omohundro’s S&W Model No. 3, 1st Model American,” Mike Harvey, founder of Cimarron Firearms and passionate collector of historic Old West firearms, introduces the viewers to what may be his all-time favorite gun.

No more than 1,000 Smith & Wesson Model No. 3’s were ever made.  The antique pistol Mike discusses in the video is the actual pistol owned by the legendary Texas Jack Omohundro. The original S&W Model No. 3’s were the first big caliber pistol, originally in .44, to be used by the U.S. Army in securing new forts in the expanding American west and the droves of people heading out towards the promised land to make a new start. The particular pistol, Mike showcases, is an original S&W Model No. 3 1st Model American engraved with Texas Jack’s name, Cottonwood Springs location, and the date of 1870. This particular pistol is suspected of being a presentation piece to honor Texas Jack’s work as a government scout, particularly during the
Indian Wars.

The soon to be released Cimarron Firearms version of the S&W Model No. 3, 1st Model American, is a combination of the later Schofield’s internals and the classic profile of an original No. 3. This Cimarron exclusive, like all replicas produced by Uberti for Cimarron pays extra close attention to detail to bring you the highest standards in quality and authenticity. 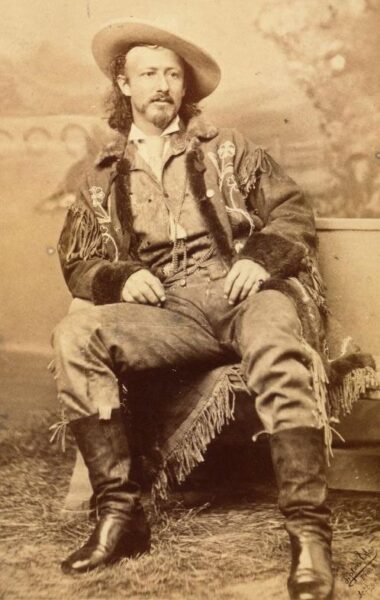 While Buffalo Bill and Wild Bill Hickok remain icons of the American Western lore, Texas Jack’s accomplishments in the taming of the Wild West are just as remarkable. John Baker Omohundro was born July 26, 1846, in Virginia. Eager to serve during the Civil War, he was twice refused because of his young age but served as a courier under Major General John Bl Floyd. Finally, at age 17, John enlisted as a private in Company G of the 5th Virginia Cavalry (Army of North Virginia) and served under General J.E.B. Stuart as a courier and scout. After the war, John left for Florida and moved on to Texas where he found employment as a cowboy working cattle drives on the Chisholm Trail. John’s moniker, “Texas Jack,” was given to him by Arkansas natives, thankful for the cattle he drove to their meat-poor communities.

In 1869, Texas Jack met William F. “Buffalo Bill” Cody at Fort McPherson, where Cody worked with the 5th U.S. Cavalry as a scout. Texas Jack received special permission from the U.S. Government and received a very rare permission as an ex-Confederate soldier to work with the U.S. Army as a scout and trail guide during the Indian Wars. He moved to Cottonwood Springs, Nebraska, and worked as a scout for the government and a hunting guide for European royalty and American celebrities, including war heroes.

Texas Jack performed the first rope act on an American stage during the Wild West Show “Scouts of the Prairie” in Chicago, alongside Buffalo Bill. After leaving Cody and the Wild West Show, Texas Jack continued to perform traveling shows and plays to rave reviews. Besides acting, the former cowboy and government scout had his life depicted in frontier life dime novels. Not only was Texas Jack a popular feature on dime novel covers, but he also wrote articles in national newspapers recalling his life as a guide and scout. Texas Jack’s adventurous life came to an end on June 28, 1880, when he died from pneumonia. In 1980, the Texas Jack Association was formed to preserve his memory and in 1994, he was posthumously inducted into the National Cowboy & Western Heritage Museum in the Hall of Great Western Performers. Mike Harvey also paid his long-time respects to this consummate plainsman by naming his retail store “Texas Jacks” in honor of his heroic exploits during the legendary days of the Wild, Wild West.

The Cimarron S&W Model No. 3, 1st Model American, an eagerly-awaited replica of outstanding craftsmanship, will be able to handle modern factory smokeless ammunition in a variety of popular cowboy rounds: .45 Colt, .44-40, .44 S&W Russian, and .44 Special and will ONLY be available from Cimarron Firearms Co. Stay tuned for the release date!