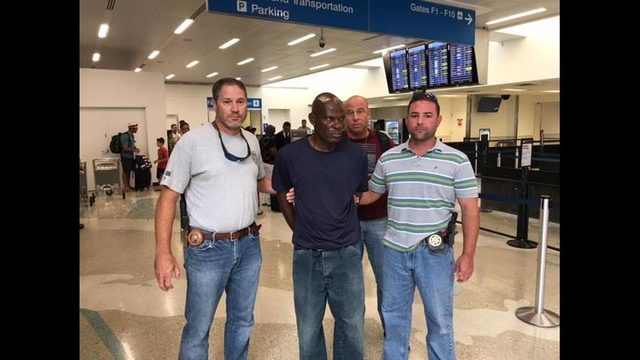 DNA Labs International, a private forensic laboratory, determined the probability of paternity for the suspect in reference to the compared fetal material.

Deerfield Beach, FL (July 2017) – Pascal Estime, 55, was recently arrested by the Boynton Beach Police Department at Fort Lauderdale International Airport on suspicion of raping a mentally challenged woman in 2004. Estime sexually battered the woman on two separate occasions and impregnated her. The case had remained cold since then because police could not determine Estime’s whereabouts.

In July 2016, the cold case was reopened when Estime was located in Orlando. A search warrant was executed for his DNA; however, Estime had flown to Haiti before the warrant could  be served. The warrant was then executed on his home, where the detectives were able to collect a DNA swab and submit it for processing to DNA Labs International, a private forensic laboratory in Broward County, Florida. DNA Labs International was able to determine the probability of paternity for Estime in reference to the compared fetal material in record time, allowing for a warrant for Estime’s arrest to be obtained for two counts of sexual battery on a mentally defective person. He was taken into custody while pretending to sleep at Gate F4 in the JetBlue terminal.

For more information regarding the case, read the full news report from WFTV9ABC.

Since 2004, DNA Labs International has been providing clients with exceptional quality service based on open communications, equal attention to the importance of every case and accurate and reliable results every time. They provide the latest technology available to solve cases; such as the M-VAC®, a wet vacuum DNA collection tool and STRmix®, a software program that can solve previously inconclusive DNA results. They can now achieve comparable DNA results from spent shell casings! DNA Labs International is accredited by ANSI-ASQ National Accreditation Board (ANAB), the country’s longest established provider of ISO 17025 accreditation to Forensic Sciences testing laboratories in the U.S. www.dnalabsinternational.com