New collaborations from Kim Breed and Hakim Isler will be on display at Table #20H at Atlanta’s Cobb Galleria Centre, June 1 – 3, 2018.

Winchester, Ky. (May 2018) – DoubleStar Corp, manufacturers of high-quality, US-made AR components, rifles and pistols, will be exhibiting its edged weapons line at BLADE Show 2018, to be held in the Cobb Galleria Centre in Atlanta, Georgia, June 1 – 3, 2018. New collaborations from Kim Breed and Hakim Isler will be on display, as well as product staples such as the Brimstone Folder Knife, Drakon™ Blade, Fang™ Blade, MOTAC™ Blade, Fury™ Machete and Wrath™ CrashHawk. There will also be Drakon Blades in several special Cerakote® finishes debuted during the show. 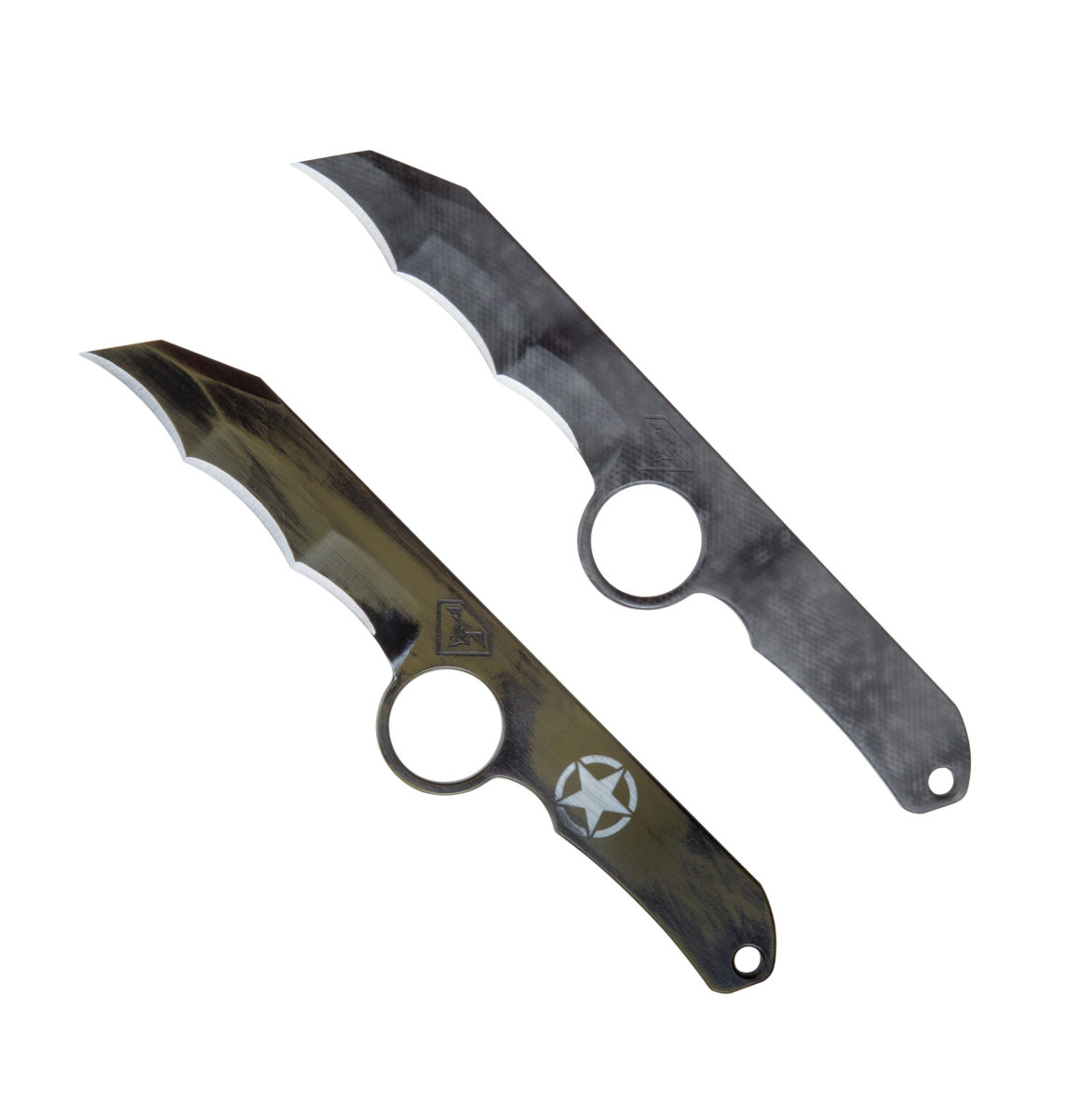 DoubleStar recently announced two new collaborations with BLADE® Magazine’s Field Editor, Kim Breed, and with published author, television star and Iraqi War veteran, Hakim Isler. The Chico Diablo-X, designed with Breed, and the Path Seeker, designed with Isler, are affordable production versions of their designs that will be on display for the first time at the BLADE Show.

DoubleStar’s Edged Weapon Division was first unveiled at BLADE Show 2017. It is led by Rob Cabrera, its Director, and the designer of Filo Bladeworks. In addition to Breed and Isler, the Edged Weapon Division now features edged weapons designed by Ret. Sergeant Major and owner, operator and founder of TCT Knives, Darrin Sirois, as well as designs by the founder of FILIPINO COMBAT SYSTEMS, Tuhon Ray Dionaldo.

BLADE Show, hosted by BLADE Magazine, the world’s number one knife community and publication, is the destination for the best selection of knives and knife products found anywhere. Globally recognized exhibitors and legendary makers gather under one roof to introduce attendees to the largest selection of blades, knives and outdoor gear and accessories in the world. Over 700 tables, 450+ booths and 40 display tables of the world’s best and most in demand knives will be on display. From renowned custom knife makers to the industry’s best in mass production, BLADE Show is a cut above the competition. Tactical, utility, hand-forged, camping, art, hunting, fixed, folding, kitchen, Damascus, military, antiques and other knives, as well as the equipment and materials to make, sharpen and maintain them, will all be on display at the world’s largest knife show.