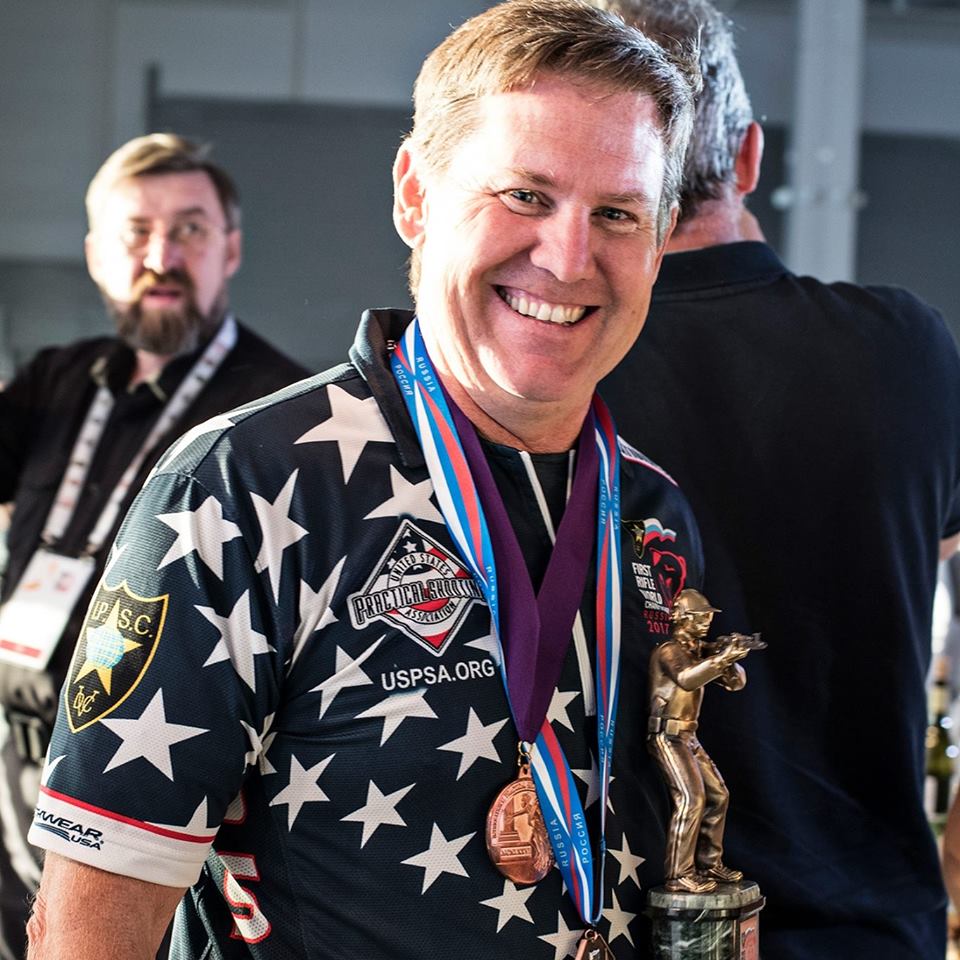 The match, which was to be held in 2016, was rescheduled for this year to allow the completion of the Russian’s Ministry of Defense state-of-the-art facility specifically to hold the first World Rifle Championship. Over 600 participants from 39 countries participated making this initial match truly an Olympic size event. The match consisted of 30 stages with targets from 5 to 300 meters. Each stage challenged the shooters to demonstrate their skill set when shooting from multiple positions, as well as their technical skill. Unlike competitions in the US, the short and medium courses were not typically the “run and gun” style and paper targets were scored out to 300 meters, whereas in the US steel reactive targets are normally used providing the shooters with feedback. 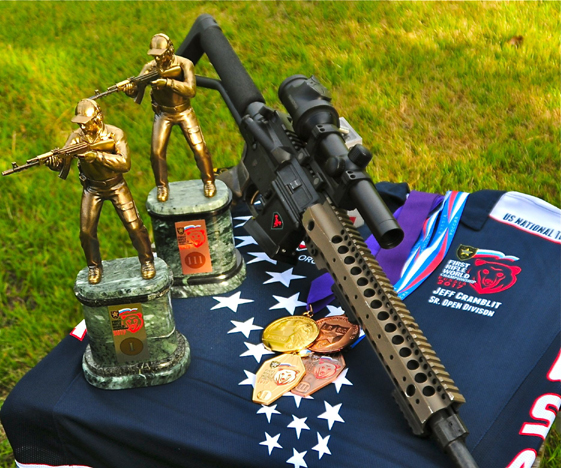 DoubleStar Jeff Cramblit shot a Doublestar 3GR rifle topped with a Swarovski Z6i 1-6x scope.  “I shot one of my older DoubleStar rifles that I have used for 3-gun for the last few years. Since this match was going to be a slightly different style than our US matches, I was changing configurations around until the last minute trying to find the best mix for this match. My gun ran flawlessly the entire match and I never felt outgunned. Having confidence in your gun and how well it is capable of shooting is half the battle; you can’t go into a competition with the rest of the world with any doubts,” Cramblit concluded.

Jeff hails from Alabama and grew up with an appreciation for the outdoors and shooting sports. During his time serving in the U.S. Navy, Jeff was introduced to competitive shooting and has not looked back. From local, State and  Area championships, to USPSA Nationals, IPSC World Shoots, SOF World 3-Gun, Jeff has gone on to excel as competitor. He has also supported the shooting community as a match director, Range Master, Range Officer and NRA Certified Instructor. As a USPSA Grand Master he is a top ranked 3-Gunner, Area 6 3-Gun Tac Ops Champion, in the top 10 at IPSC European Shotgun Championships, won a Silver medal in the 2012 IPSC World Shotgun championship and took home the individual Bronze Medal in the 2017 USPSA Open Semi-Auto Senior Division Team and team Gold Medal in the Open Semi-Auto Division. He represents DoubleStar and Hornady.