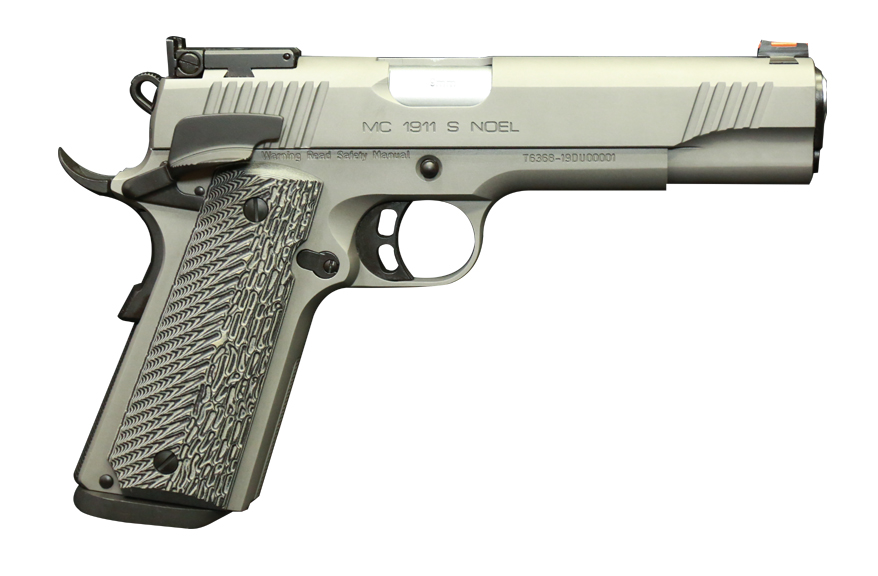 Named after EAA’s newest sponsored competition shooter, Noel Zarza, US Army Veteran, and a rising star in the USPSA.

The MC1911 Noel incorporates features recommended by EAA’s newest sponsored USPSA competition shooter, Noel Zarza. Built on a fully machined steel frame and slide with a matte nickel finish, the Noel 1911 features an extended beavertail and ambidextrous safety and checking on the frame front and back grip for a confident grip. The skeletonize target trigger breaks cleanly and crisply at around 2.5 lbs. It also features a fully adjustable target rear sight and textured laminated grips. This single stack competition semi is offered in .45 ACP (8+1 capacity) and 9mm (10+1 capacity).  The Noel 1911 has a 5” barrel, an overall length of 8.75” and a weight of 2.55 lbs. MSRP is $1,075 for the .45 ACP and $901 for the
9mm. 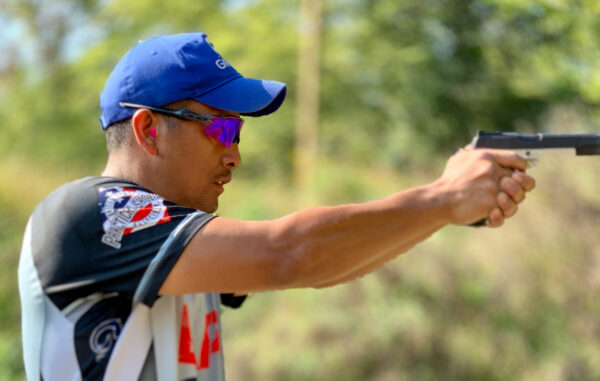 Zarza will be showcasing EAA’s Girsan MC1911 line at upcoming competitions and events. His favorite guns are the Girsan MC1911 Match, Match Elite, and the Tanfoglio Limited Custom and Custom Xtreme and he’ll be using the new MC1911 S Noel for the USPSA 2020 competition season. Zarza, is a retired Army officer who served as a company commander, combat trainer, and combat advisor to ally military forces, as well as an operations officer for a Special Forces unit during his last deployment to Afghanistan. Currently, as a family man with four children, he is based out of Central Pennsylvania and only took up shooting competitively in 2013. His latest accolades include a 2nd Place finish at the 2019 Immortal Arms Virginia State USPSA Championship and a 3rd Place finish at the RBPS Eastern Lakes Sectional Championship held in New York. He attributes his successes from training received from Matt Mink, Jeff Hicks, Steve Anderson, and Alex Gutt. But most importantly he’s grateful for his wife, Cecilia, in supporting his shooting endeavors.

“I enjoy competition shooting because it allows like-minded individuals to express their interest in their 2nd Amendment rights in a productive and practical manner,” Zarza added.

Zarza is scheduled to compete in at least nine major USPSA matches for the upcoming 2020 season. He can be followed on Instagram as MagnumSix.