“In this competitive market, we needed to partner with a firm that had strong relationships in our industry media in order to break through the noise,” Keith Bernkrant, president of EAA Corp., stated. “Laura Burgess Marketing had such a background and we look forward to working with her team.”

“We are excited to bring EAA Corp.’s extensive line of firearms front and center to the American public,” Laura Burgess, president of LBM, added. “I believe the media and the public will be pleasantly surprised as to the performance, fit, finish and craftsmanship found in the lines they import.”

LBM will work with EAA Corp. to enhance their writer relation program, disseminate product information, and strategize with EAA Corp. on their advertising and influencer outreach programs.

EAA Corp. imports four major lines of firearms: Husan Arms, Tanfoglio, Weihrach, and Girsan. From Husan Arms, a Turkish manufacturer, EAA Corp. imports the MKA 1919 and MKA1923 12ga. Shotguns, built on a popular magazine-fed shotgun platform. Some of these shotguns are 3-gun match-ready right out of the box and ready for duty as a patrol shotgun as well.

From the historic Italian gun region of Gardone Val Trompia, EAA Corp. imports the highly acclaimed Tanfoglio Witness pistol line and the Witness Xtreme series. The Witness competition series has championship bloodlines as the 2014 Product World Championship gun of choice taking the Men’s Gold, Silver, and Bronze, as well as the Women’s Gold. With beautiful craftsmanship, superior action, and accuracy, the entire line of Witness semi-auto pistols is ergonomically designed for fit, balance, and comfort whether you are competing, plinking, or just carrying. 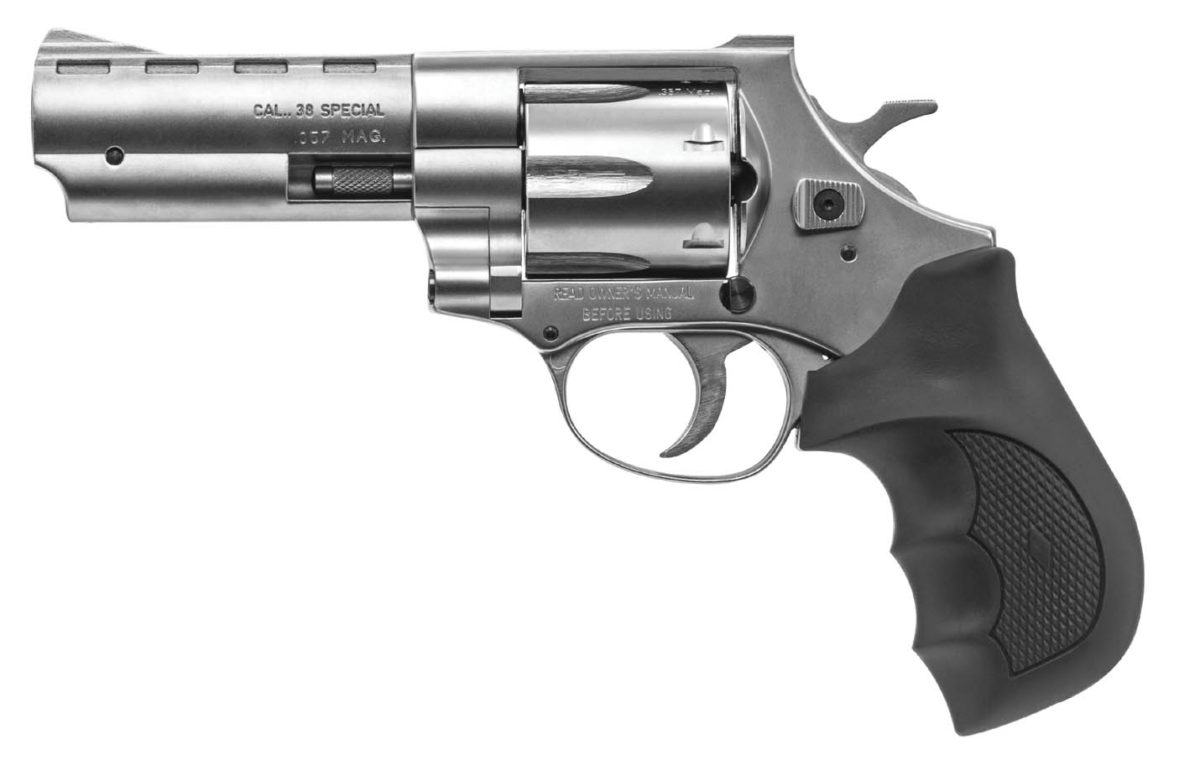 Weihrauch, a German manufacturer, provides EAA Corp. with the popular Windicator and Bounty Hunter Revolvers. The Windicator revolver is a super performer, rugged, and dependable and available in .357 Mag or .38 SP in a two, four or now six-inch barrel. The Bounty Hunter is a single-action, six-shot revolver in a traditional Cowboy Action Style popular as a competition pistol or as a target friendly plinker in 22LR/WMR, .357 Mag, .44 Mag, and 45 LC.

Girsan, another line of Turkish firearms, brings to the American public their semi-automatic MC 28 SA-T striker-fire, full-size 9mm and their MC 1911S-T and Match 1911 style, full-featured pistols. The Girsan Regard MC pistol is a NATO approved sidearm for military use. The Girsan line of pistols brings an unmatched level of workmanship and performance in an extremely affordable package and in many cases incorporates optics as part of the package. EAA Corp. also offers Girsan’s super rugged MC312 12 ga. shotgun. The MC312 is the ultimate hunting semi auto shotgun as it feeds 12ga (2 ¾”, 3”, 3 ½”) EAA-tested and abused up to a 10,000 round endurance test without replacing any parts and with no adjustment needed.

Check out the video of the new Girsan MC312 Gobbler 12 ga. Shotgun, no other production shotgun machines into the receiver the accessory rail to eliminate Giraffe Neck and includes field tested optics:

EAA Corp. also carries the ABDO™ line of innovative concealed carry and storage options for your handguns.  The new award-winning, long-awaited Abdo Presenter comes on to production in October 2019.