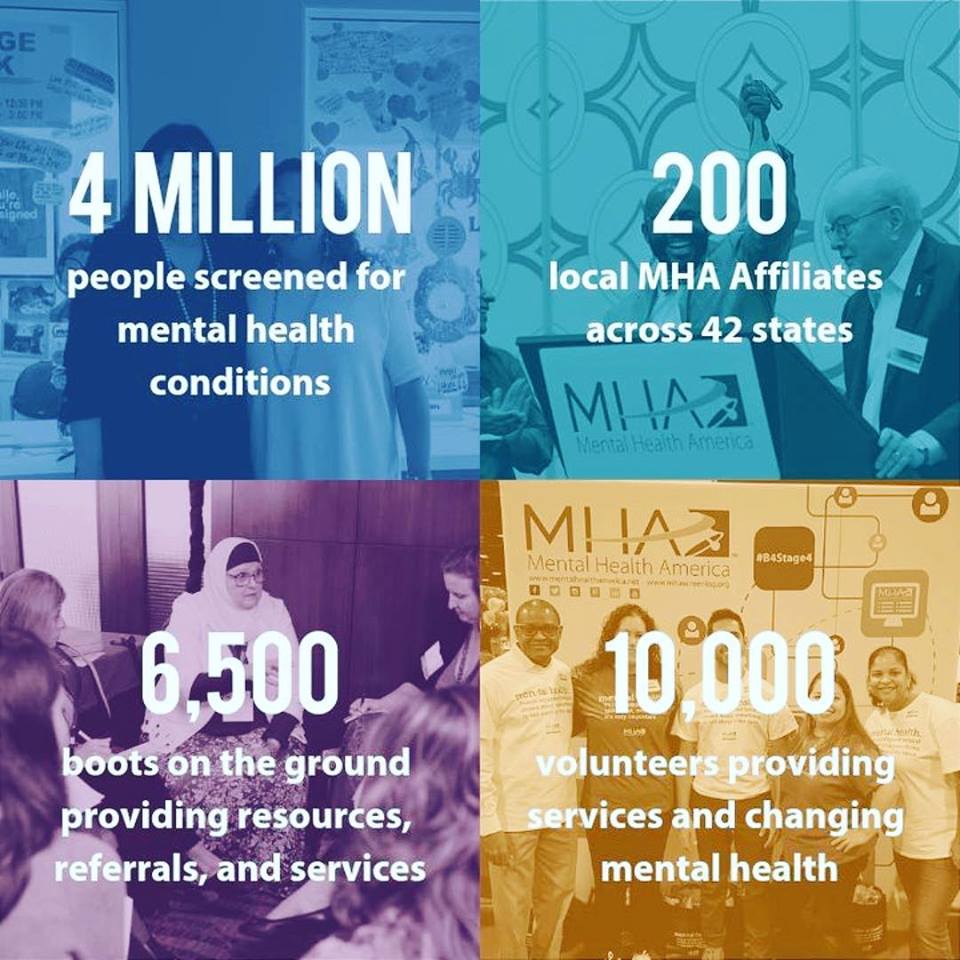 Alexandria, VA – Mental Health America (MHA) and Walk the Talk America (WTTA) announced today a partnership to prevent suicide death by firearms by creating materials and conducting outreach to gun ranges across the country in an effort to share information about depression and warning signs that someone may be considering suicide. Their formal partnership officially begins today at the Shot Show in Las Vegas, where they will be openly engaging with firearm industry representatives, gun owners, gun sellers, and those that use firearms professionally.

MHA is dedicated to addressing the needs of those living with mental illness and to promoting the overall mental health of all Americans. Much of MHA’s work is guided by the Before Stage 4 (B4Stage4) philosophy – that mental health conditions should be treated long before they reach the most critical points. Like other conditions, MHA believes in the need to address symptoms early, identify the underlying issues, and plan an appropriate course of action on a path towards overall health. MHA is teaming up with WTTA, a new organization founded by several in the firearm industry whose mission is to reduce incidents of suicide by firearms; gun negligence through education and proactive programs that identify risks; raise awareness; and provide solutions to those who choose to own firearms responsibly and the public at large.

While the large majority of people with a mental illness are never violent, suicide is the 10th leading cause of death in the United States and 2nd among adolescents and young adults aged 10 to 24 years old. Each year, more than 40,000 people die by suicide in the United States. On average, that’s 123 Americans each day. Many, many more people attempt suicide than complete it. In fact, 90 percent of those that attempt to kill themselves don’t die, and they don’t go on to die later by suicide. But means do matter. If someone is considering suicide, having access to a firearm greatly increases the chances of dying. Eighty-five percent of people who attempt suicide with a firearm do die.

“We know we can’t prevent every suicide attempt, but it’s important that we put politics aside to provide information and resources to those who need it – wherever they are,” said Debbie Plotnick, MHA Vice President of Mental Health and Systems Advocacy. “This campaign is not about taking individuals’ guns away, and it is not a campaign that is saying guns are good or bad. It’s about knowing the signs of depression and suicide – and working together in an effort to save lives. We want to let people know that if they or someone they love is suicidal, it’s OK to ask for help.”

MHA and WTTA will work together in the following ways:

“Working with MHA is crucial to WTTA’s success,” said Mike Sodini, founder of WTTA. “When we stand together, we are stronger. We are at epidemic levels of suicide in this country, and existing stigma and blame are getting in the way of real talk about depression, suicide and guns. It’s time to work together to find real solution to the problem of suicide.”

About Walk the Talk America

Our mission is to fund research and development for outreach and promotion of mental health to reduce the misconceptions and prejudices that exist when it comes to mental illness and firearms. We believe we can be a catalyst for change by working with experts in the mental health industry. www.walkthetalkamerica.org

Mental Health America (MHA) – founded in 1909 – is the nation’s leading community-based nonprofit dedicated to addressing the needs of those living with mental illness and to promoting the overall mental health of all Americans. Our work is driven by our commitment to promote mental health as a critical part of overall wellness, including prevention services for all, early identification and intervention for those at risk, integrated care, services, and supports for those who need it, with recovery as the goal. Much of our current work is guided by the Before Stage 4 (B4Stage4) philosophy – that mental health conditions should be treated long before they reach the most critical points in the disease process. www.mentalhealthamerica.net