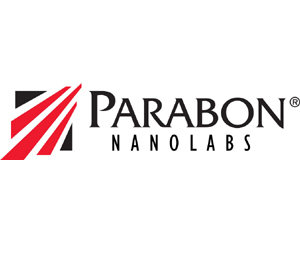 Reston, Va. (18 Sep 2018) — The arrest of Marlon Michael Alexander by the Montgomery County MD Police (MCPD) last Thursday marked the tenth case since May in which Snapshot® DNA analysis by Parabon® NanoLabs (Parabon) has helped investigators identify a suspect sought for a violent crime.  The company’s Snapshot Genetic Genealogy Service combines new DNA testing methods with genetic and traditional genealogical research to uncover the likely identity of a perpetrator or identify human remains. With a closure rate of more than one case every two weeks, the new service has generated a wave of excitement among law enforcement investigators. Police around the country are racing to use Snapshot in hopes of solving their most vexing cases, many of which have been cold for decades.

Alexander is being held without bond for a series of crimes that began in 2007, including three first-degree rapes, an attempted sexual offense and multiple counts of first-degree burglary. Whereas in the first nine solved cases, Parabon’s genetic genealogists were able to narrow the investigation down to a single person or family, this investigation required more teamwork.  At a press conference Friday, Police Chief Tom Manger reported that the leads provided by Parabon allowed detectives to identify a distant relative of Alexander’s in Georgia who was able to provide critical information about her family tree.  Detective Steve “Smugs” Smugeresky, who has experience performing genealogy research, was then able to complete the tree and ultimately identify Alexander as a suspect.  With other facts about the rapes that also pointed to Alexander, MCPD obtained a search warrant to obtain his DNA sample last week, which was analyzed by the department’s crime lab and determined to be a match to the crime scene samples. “This was a great example of the power of public/private partnerships,” said Detective David Davis, who led the investigation. “Together we solved a case that has haunted our community for over a decade.”

CeCe Moore, who leads the forensic genetic genealogy unit at Parabon, is enthusiastic about the collaborations her team is building with agencies like MCPD. “This type of investigation is so new, we are still learning how best to work together. Now that we better understand our respective strengths and have built trust in one another, we are operating with increasing effectiveness. Our collaboration with MCPD is what makes this case so satisfying.”

Parabon’s CEO, Dr. Steven Armentrout, says more success stories are forthcoming. “Thanks to the enthusiasm over our offerings, we are involved in many investigations, which are at various stages of completion. Several are merely awaiting a confirmatory DNA match, but have not been announced.”

A table of the first 10 cases in which arrests were assisted by Parabon’s Snapshot Genetic Genealogy Service is below:

Parabon® NanoLabs is a vertically integrated DNA technology company that develops next-generation forensic and therapeutic products, which leverage the enormous power of DNA.  Staffed by a uniquely qualified team of scientists, technologists and analysts, with expertise ranging from bioinformatics and chemistry to computer science and genetic genealogy, Parabon is bringing to market revolutionary new products and services made possible by recent advances in DNA sequencing, analysis and manufacturing technologies.