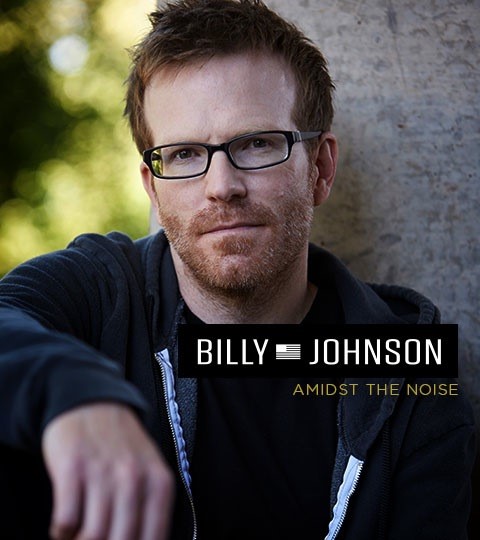 Former National Rifle Association News Commentator, Billy Johnson, wants to reveal the media-fed misperception about violence that threatens our fundamental human freedoms. A pro-liberty advocate and defender of constitutional rights, Johnson is not averse to shaking things up. With around 2 million views on his YouTube Channel, AmidstTheNoise, Johnson is about to take on the media and all persons or groups that would like to abolish or fundamentally change the Second Amendment. Johnson’s new venture, “Protecting Liberty,” will be a full-length documentary that will unveil the cover-ups, misleading data, and outright lies used to sway the American public into the dismantling of one of the natural rights of citizens. To bring the project to a wider audience and create a larger and more engaging conversation, Johnson is funding the project through Kickstarter.

Launched in 2009, Kickstarter has helped 8.3 million people pledge more than $1.6 billion to fund over 81,000 creative projects including films, games, music, art, design and technology. Johnson is no stranger to film, having spent a career as a filmmaker before tackling a new occupation as an entrepreneur in the design and manufacture of tactical products. It was the media fallout from the Newtown shootings that brought Johnson back to his first passion, filmmaking. With calls for additional gun laws that would dismantle the Second Amendment coming from the media, Johnson pulled statistics together and created his first video, “Choose Your Own Crime Stats,” demonstrating how the media and politicians deliberately twisted data to generate public panic that gun crime was on the rise. In fact, as Johnson proves in his video, violent crime has declined 50 percent over the last two decades and continues to spiral downward. Johnson’s current project “Protecting Liberty” will expand upon the groundbreaking work he did with his first video.

“Unfortunately, the issue of gun rights has polarized Republicans and Democrats,” Billy Johnson explains. “It’s not an issue of who is left and who is right. It’s the fundamental issue of the American peoples’ constitutionally-protected rights. The erosion of our constitutional rights has been going on for some time, right under our noses. As a nation, we must speak out and stop this ongoing infringement. This documentary will strip away the misinformation and propaganda that is often splashed across the media and give people a clear view of what conditions breed violence and why we must continue to protect our Second Amendment rights. I’m not on this side or that side, I’m on our side as an American citizen.”

In an age of sound bites, message overload and the distractions of multiple media sources, Johnson’s unique perspective offers a voice of reason that is based on factual, publicly available information. First and foremost, Johnson is passionate about the preservation of our constitutional freedoms and strongly advocates citizens be active in the protection of our inalienable rights. To help spread the real news join the Protecting Liberty Campaign. Stay up-to-date on the project: