Feistritz, Austria (March 2017) – Ritter & Stark GmbH, an Austrian-based firearms design and manufacturing company, will exhibit the SX-1 Modular Tactical Rifle a at the 2017 LAAD Defence and Security exhibition. Ritter & Stark will be located at booth #J24 in Hall 4 at the Riocentro – Exhibition and Convention Center in Rio De Janeiro, Brazil, April 4-7, 2017.

The LAAD Defence & Security exhibition is the largest and most important event of its kind in Latin America. The exhibition will have the newest defence technologies, equipment and services on display.

At Ritter & Stark, the world’s top firearms engineers and designers have used the latest manufacturing processes and most technologically advanced materials to create the SX-1 MTR precision rifle.

The SX-1 MTR can quickly and easily change calibers between a .308 Win, .300 Win Magnum and a .338 Lapua Magnum. The MIL-STD 1913 Picatinny rail is installed directly on the barrel, allowing the user to interchange barrels with pre-set scopes without a loss of zero. The patented caliber conversion system assures that the barrel is precisely positioned in the machined aluminum receiver, allowing for a greater area of contact, resulting in increased stability. The bolt also locks directly into the barrel breech which gives the rifles unprecedented accuracy. The rifles are compatible with AR-15 pistol grips and come with adjustable standard 2-stage Remington 700 compatible triggers, allowing the operator to customize the grip and trigger to his preference. The buttstock is also adjustable for height and angle of cheek piece, length of pull and recoil pad. 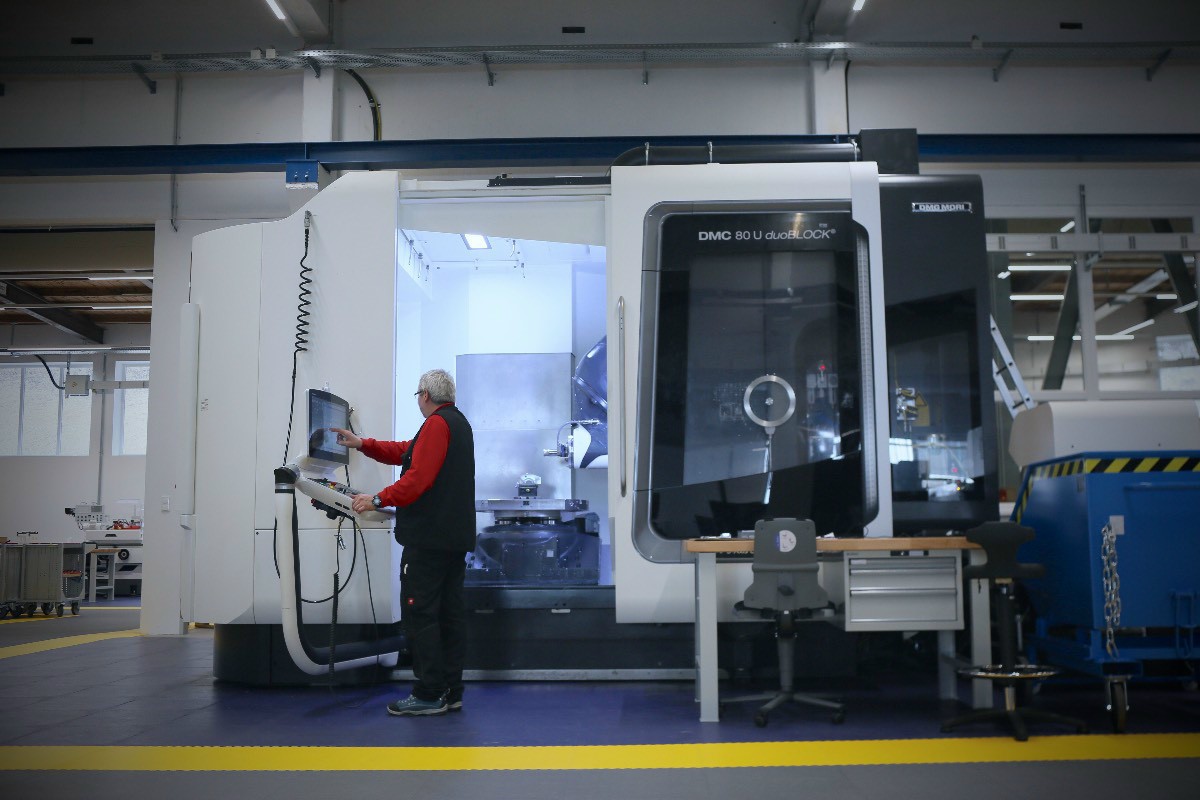 Inside Ritter & Stark’s state of the art facility

One of the secrets to Ritter & Stark’s accuracy is its unique barrel production. No other barrel maker in the world manufacturers their barrels like Ritter & Stark. The rifling is processed in a CNC-controlled electrochemical machine. This avoids the transmission of thermal effects and mechanical stress to the material. Furthermore, this process allows Ritter & Stark to produce barrels with unique uniformity and within tolerance zones that were not possible in serial production before.

Ritter & Stark barrels are guaranteed to perform for at least 2,000 to 5,000 rounds, depending upon caliber, until any noticeable degradation in accuracy occurs. Every barrel is tested at the factory and can achieve 0.5 MOA with 3-round groups or better using factory match grade ammunition.

Visit Ritter & Stark at LAAD and see its revolutionary rifle systems on display in booth #J24. For sales appointments during the exhibition, please contact Alexander Chikin at +43 664 88 5456 41. For media appointments, contact Laura Burgess at +1 252-288-5805.