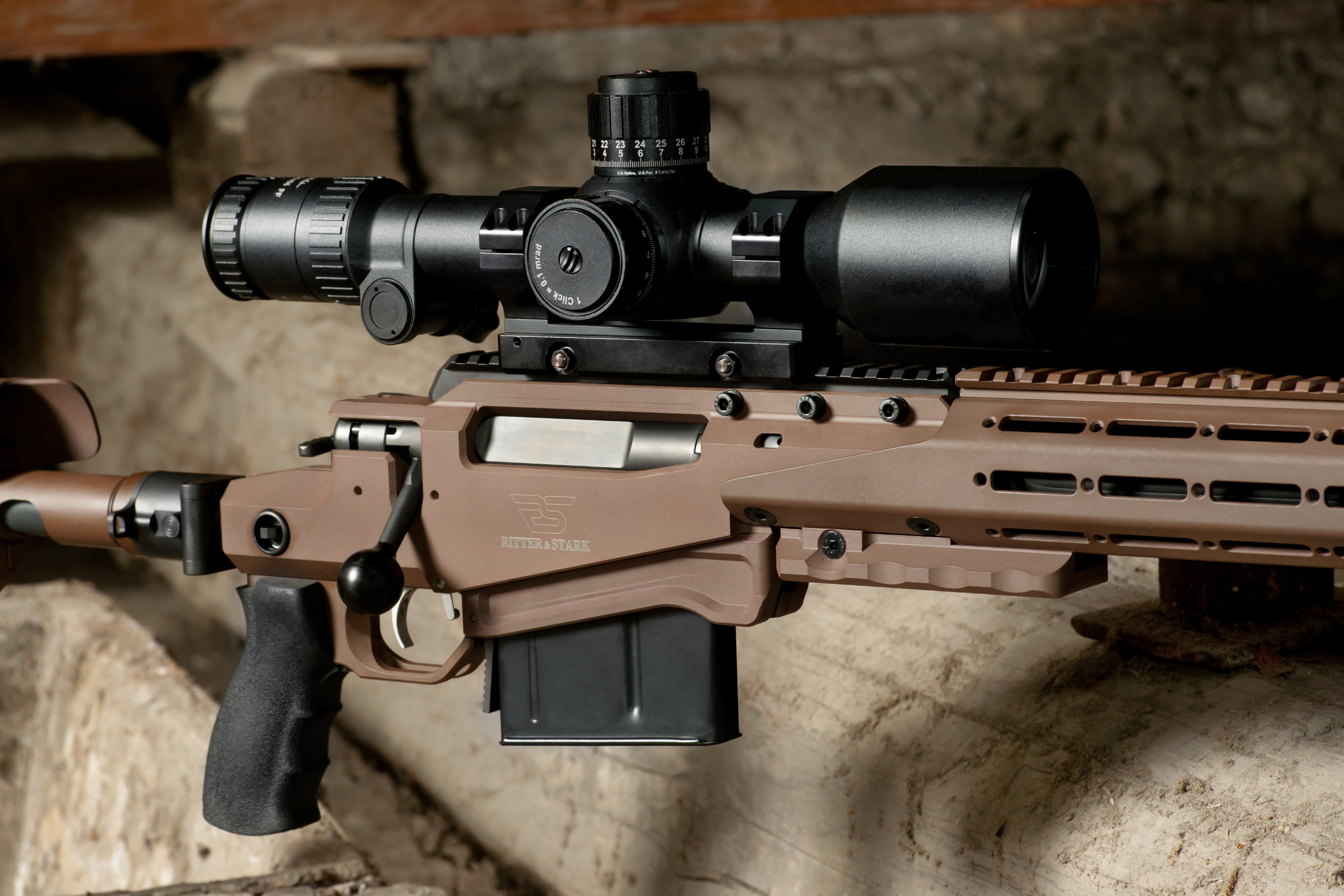 Ritter & Stark, the new Austrian firearm manufacturing company for the SX-1 Modular Tactical Rifle, will bring its innovative weapon system to the biggest shooting sports exhibition in the U.S.

Feistritz, Austria (December 2016) – Ritter & Stark, an Austrian-based firearms design and manufacturing company, will be exhibiting its SX-1 Modular Tactical Rifle (MTR) at the SHOT Show®, in Las Vegas, Nevada, Jan. 17 – 20, 2017 in the NEXT Pavilion, Kiosk 331 and in the New Product Center.

The SX-1 MTR has already made a serious impression at some of the largest defense exhibitions in the world, including the recent AUSA conference. What makes the SX-1 MTR a standout long-range precision rifle is its ability to quickly and easily change calibers between a .308 Win., .300 Win Magnum and a .338 Lapua Magnum. Unlike other modular rifles, the SX-1 has a MIL-STD 1913 Picatinny rail directly installed on the barrel, thus allowing for barrel interchangeability with pre-set scopes with no shift of impact when changing calibers. The patented caliber conversion system allows the barrel to be precisely positioned in the machined aluminum receiver with a greater area of contact allowing for more stability. The bolt is locked directly into the barrel breech giving the SX-1 unprecedented accuracy, shot after shot.

Additionally, other features on the SX-1 MTR make it attractive to law enforcement, military operators and serious shooters. The SX-1’s modularity allows the utilization of different aftermarket magazines, triggers and grips.

Ritter & Stark barrels are guaranteed to at least leading in industry 5,000 rounds for .308Win and .338LM, and 2,000 rounds for .300WM assuring 100% of accuracy. Ritter & Stark’s SX-1 MTR’s performance is  factory proven to be a consistent 0.5 MOA with 3‐round groups or better using factory match grade ammunition.

The SX-1 MTR is the rifle of the future. It combines the newest manufacturing processes with the most technologically advanced materials and is designed by some of the world’s most highly skilled firearms engineers.

Ritter & Stark will be participating at the Veterans Forward Operating Base – Try and Buy Event –SHOT 2017 on January 15 – 16 at the Pro Gun Club. For more information on this event visit www.veteransfob.com

Visit Ritter & Stark at the SHOT Show and see the future of rifle systems available now at the NEXT Pavilion, Kiosk 331. For sales appointments during the exhibition, please contact Alexander Chikin at +43 664 88 5456 41. For media appointments, contact Laura Burgess at 252-288-5805.

Ritter & Stark, a subsidiary of HPP Precision Products GmbH in Ferlach, Austria, was founded in 2015 to provide military, law enforcement and shooting sports enthusiasts with the most advanced firearms systems, built to exacting tolerances using state-of-the-art manufacturing processes in the next generation production facility. The SX-1 Modular Tactical Rifle is the first product to launch from Ritter & Stark. Besides the SX-1 MTR bolt action sniper rifle, the company is already working on other products, which are planned to be released in 2017. www.ritterstark.com