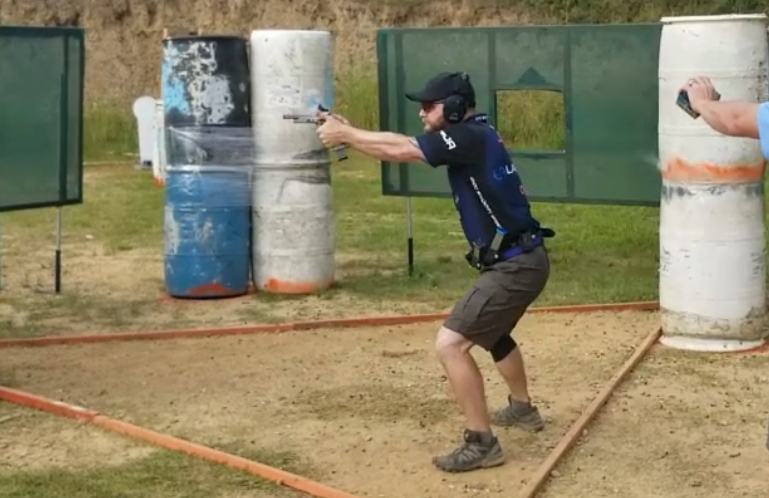 Vlieger competed against 259 competitors to finish with 1177.2938 match points and a time of 196.05. Watch the competition video here:

Had a blast moving and shooting in Byram, MS this weekend and was able to take home the High Open and 2nd Overall (Max Leograndis took the overall and PCC win, Congrats!) at this challenging technical match.The leans, positioning, and partials all made this a match to remember, and the weather helped with the challenge as well. Huge thanks to Precision Delta and Limcat Custom for sponsoring this great event! Some great bullets and guns went to some lucky shooters.My Rafferty Custom Guns, LLC blaster ran like a top with Shell Shock Technologies cases and PD bullets aimed with a C-More Systems, Inc. RTS2. LA Police Gear apparel kept me moving and shooting!Time to prepare for the next challenge! Always be training, always be fighting for what you're passionate about!GO! SHOOT! WIN!U.S. Practical Shooting Assn. (USPSA)

“The 2019 Mississippi Classic was a movement intensive technical match with everything from 40-yard shots to a mop on 11 courses of fire. From sunshine to a thunderstorm, 25 – 100 percent humidity changes, and 55-90-degree temperature shifts, my equipment ran true throughout. My ammo loaded in Shell Shock Technologies’ cases ran flawlessly in the pouring rain the same as in the dry heat, and I couldn’t ask for better reliability. When you’re shooting 5,000 rounds a month to stay competitive, there is no room for questionable ammunition, and Shell Shock Technologies’ NAS3 cases keep me focused on the targets, not on my gear. Here’s to preparing for the next challenge!” commented Vlieger.

Vlieger has fired over 55,000 rounds of ammunition with Shell Shock Technologies’ NAS3 cases since becoming sponsored in 2017 and plans to continue using it.

Vlieger can be seen competing next at the 2019 Ohio State USPSA Cheely Custom Gunworks BUCKEYE BLAST, to be held May 31 – June 2, 2019, in Zanesville, Ohio.

John Vlieger began seriously competing in the action shooting sports in mid-2014 while serving with the US Army. Initially focused on Limited Division with iron sights, Vlieger found his calling in Open Division and has been pushing his limits ever since. Relocating to Lexington, KY in 2017, his efforts have redoubled to improve his skills and compete at the highest level. He has since completed over 60 major-level matches with multiple regional and state titles under his belt. Vlieger plans to compete in over 15 major events in 2019, with his eyes set on the 2020 World Championship.