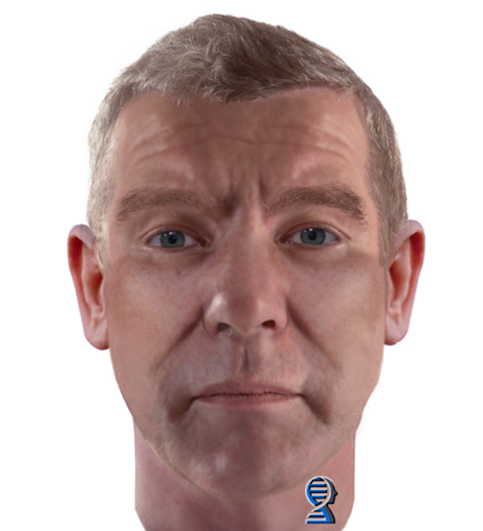 Reston, Va. (Ammoland.com) – Today, Aurora Colorado police disclosed a Parabon Snapshot DNA Phenotyping Report of the man believed to have murdered Bruce and Debra Bennett, and their 7-year old daughter, Melissa, during a brutal home invasion in Aurora on 16 January 1984. The only survivor was the couple’s 3-year old daughter, Vanessa, who was left brutally beaten. It was the last in a series of related attacks that occurred within a two-week period along the Highline Canal and Alameda Avenue corridor, all of which involved use of a hammer as the primary weapon.

Since 2002, when a DNA profile of the perpetrator was developed at the Colorado Bureau of Investigation, police have hoped for a database match that would lead them to the killer, but to date, none has been found.  With the recent advent of Parabon’s Snapshot DNA Phenotyping, Aurora cold case investigators decided to use the suspect’s DNA as a “genetic witness” to produce an approximation of his ancestry and appearance at age 25, the default age at which Snapshot composites are generated.  Investigators also requested a composite at age 55, since over thirty years have passed since the attack.

Aurora cold case investigator, Detective Steve Conner, who heads up the Bennett family investigation, stated “This is the first time we have had some idea of who we’re looking for.  He is no longer invisible.”  He added, “With release of these Snapshot composites, we hope people familiar with the case and the area at that time might be reminded of something or someone significant to the investigation.”  Dr. Ellen Greytak, Director of Bioinformatics at Parabon, noted Snapshot is of highest value in cases such as the Bennett family homicides.  “When investigators find themselves ‘chasing a ghost,’ Snapshot can provide a wealth of information to make the search for a suspect or person of interest more efficient.”

Parabon NanoLabs is a vertically integrated DNA technology company that develops next-generation forensic and therapeutic products that leverage the enormous power of DNA.  Staffed by a uniquely qualified team of scientists and technologists, with expertise ranging from bioinformatics and chemistry to computer science and pharmacology, Parabon is bringing to market revolutionary new products and services made possible by recent advances in DNA sequencing, analysis and manufacturing technologies.