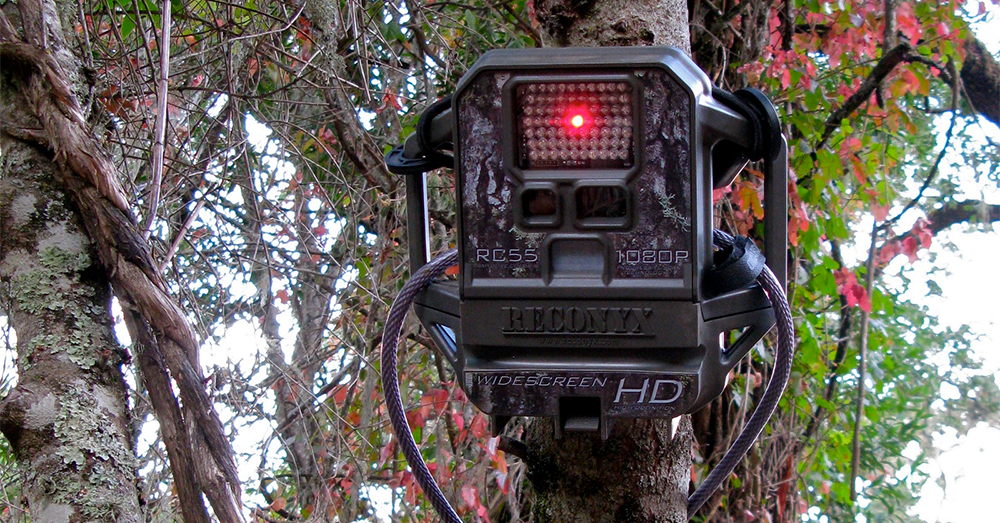 A DIFFERENT KIND OF FLASH
Fall is almost here and that means hunting and trail-camera season is just around the corner. However, it appears hunters will have more to worry about this season than whether or not they can fill their tags. The ATF released a public service advisory this week warning Kentucky hunters of “improvised explosive devices (IEDs) being hidden inside trail cameras, which exploded and injured people.” Some of the cameras were designed to explode when batteries were inserted while others were boobytrapped with trip wire. The ATF cautions people not to handle trail cameras, as well as hunting stands, they did not place themselves. Stay safe out there this hunting season. (via OutdoorHub)

[youtube https://www.youtube.com/watch?v=atnBbYZYl7I?rel=0] BULLET CHAIN REACTION
Is it possible for one round of ammunition to set off a chain reaction of other rounds? That’s the question YouTuber TAOFLEDERMAUS set out to answer in his latest video. Lining up 10 rounds of 5.56 ammo in a tube at the end of a BB gun, the experiment would test if a pellet could strike the primer with enough force to set off the bullet, causing it to strike the primer of the bullet in front of it, setting off that bullet and creating a chain reaction. Despite our doubts before watching and thousands of commenters claims that it would not work for various reasons from 5.56 primers being too hard or needing a gap between rounds, TAOFLEDERMAUS proves everyone wrong with some impressive results. Unfortunately, the high speed camera was unable to pick up much of the chain reaction. (via Guns.com)

https://www.facebook.com/shedheads1/videos/1224076607654245/
HUNTERS TURN ON UNDER ARMOUR
While still behind Nike in sales, Under Armour has recently flexed its way to the top thanks to key athlete endorsements and the growth of its hunting apparel line, among others. However, the athletic brand may have put a chink in its own armor after ending its contract with fitness star and huntress Sarah Bowmar in the wake of public outrage over a legal spear kill of a bear by her and her husband, Josh. Since being cut, the couple has received support from the hunting community, which even started a petition to “bring back the Bowmars.” Under Armour has not commented on the release, but we wouldn’t be surprised if hunting sales slip just in time for hunting season. (via OutdoorHub)