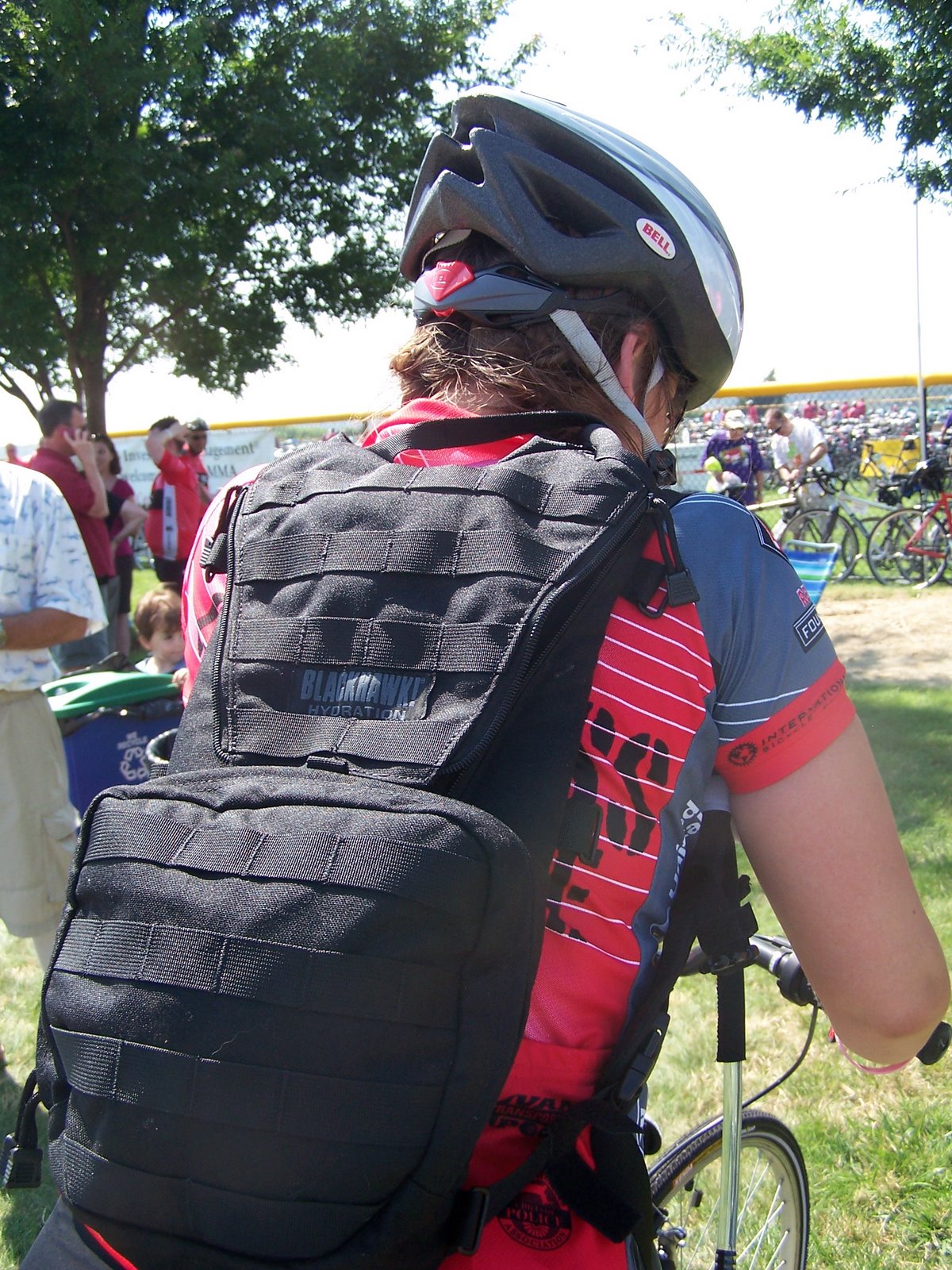 Well, the Pan Massachusetts Challenge is over for 2009 and it was awesome! Now, that’s coming from a mom of a rider. Ashley, our daughter, took on the task as a way of giving back and helping to fight the one disease that seems to have taken its toll on our family. Ashley borrowed my neglected Specialized hybrid bike and made the committment to raise $3,000.

The weather was perfect this past Saturday. Sunny and in the low 80’s. She took off from Babson and we left New Hampshire and hit Cape Cod Saturday traffic, as expected. Ash called us from the various water and food stations and her spirits were high at the 20 mile and 40 mile mark. It was after the 50 mile mark she sounded a bit tired. But once she hit the 70 mile mark, she was on her 250 wind and doing great. We expected her at the finish line between 2 and 3 p.m. We arrived in Buzzards Bay around 2 p.m. and parked the cars (we had to go to Babson to pick hers up too) and the shuttle took us to the finish line. We found a place to hang out in the well-wishing crowd and looked for our daughter. At 2:55 p.m. we saw her beaming face roll in.

She was elated. She did it! Over 80 miles, a physical feat in itself. But she trained, ate right, got her rest and hydrated during the trip. She wore a BLACKHAWK! hydration system – the Barracuda, which gave her 100oz of hydration along the way. The Barracuda, being low profile, is great for bikers and it has a pocket by which she was able to store her cell phone and inhaler.

Ashley carried 46 names with her on this ride. She was one of 5,500 riders from around the US and 8 countries. The goal was to raise $35 million for cancer research. She would like to thank all the kind people that helped her reach and exceed her fundraising goal of $3,000. At this time, she has reached $4,500.00 in fundraising.

So, from a Mom’s perspective? The Pan Mass Challenge is a well-run, highly efficient fundraiser for a great cause. We are very proud of our daughter for accomplishing her goals and she is already talking of participating next year!