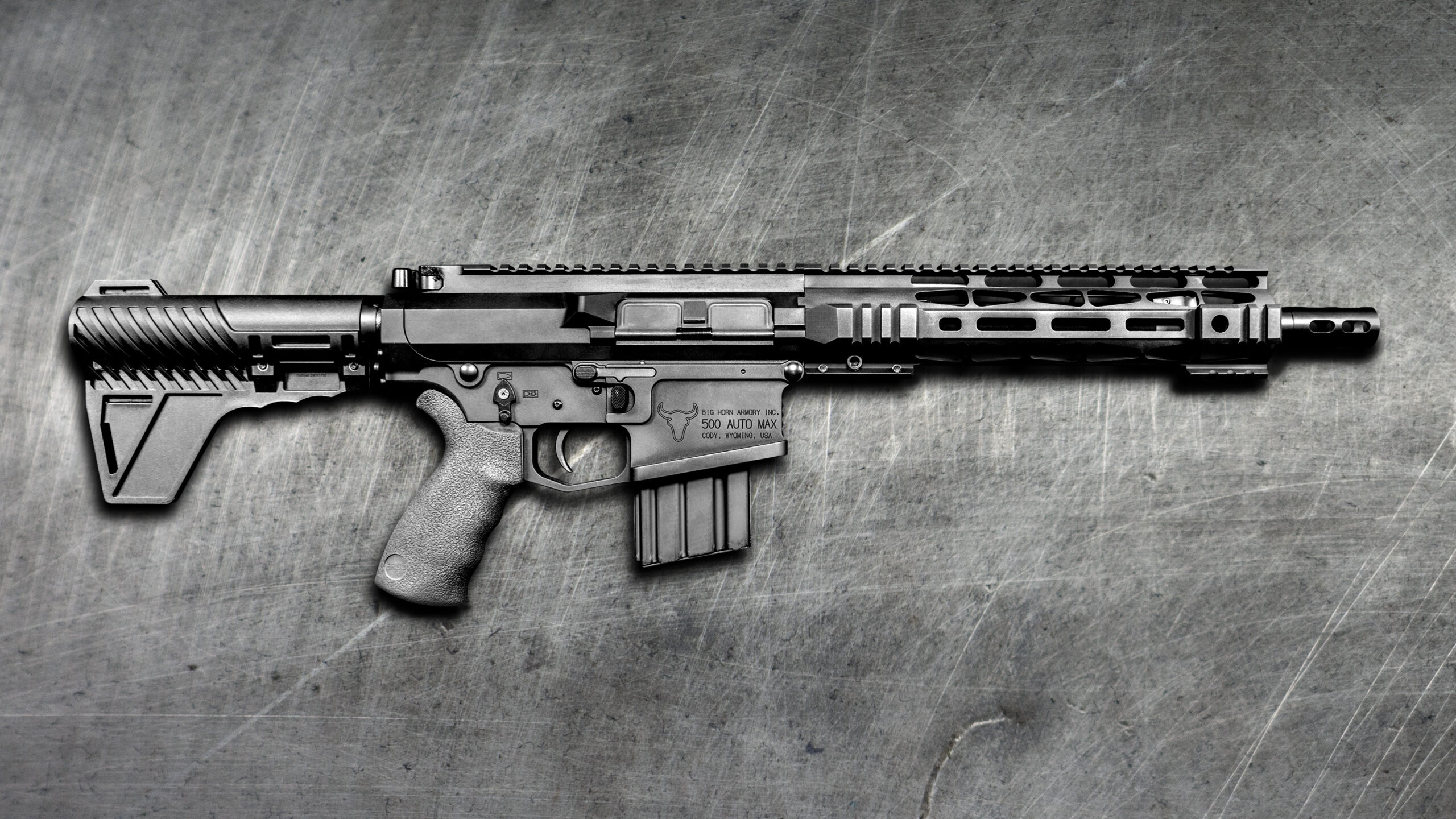 Cody, Wyo. (June 2020) – Big Horn Armory, makers of big-bore firearms, is pleased to announce it has reintroduced the AR500 Pistol for 2020. Based on the BHA AR500 Rifle, the most powerful AR firearm, the AR500 Pistol is a large frame AR chambered in 500 Auto Max, a rimless .500 Smith & Wesson Magnum. This puts an unparalleled amount of power into the pleasant shooting, rapid firing, exceptionally compact platform. The new pistol has been updated and upgraded with a new Blade® pistol brace and M-lok handguard and also includes an ambidextrous safety and charging handle to make shooting it even more enjoyable.

“The original pistol version of our AR500 was great, but we knew we could improve upon it and make it even better,” Greg Buchel, president of Big Horn Armory, said. “After listening to our customers, and performing tests on our end of the new M-Lok handguard and Blade pistol brace, we knew we had created an even better version of our compact AR500 without compromising on the quality our customers expect out of our big bore firearms. We believe our customers will enjoy what the new AR500 Pistol can achieve.”

Built using lightweight black hard coat anodized 7075 aluminum receivers with a 10-inch nitrated barrel, full-length Picatinny rail, M-lok handguard and blade pistol brace, the new AR500 Pistol packs a punch yet felt recoil is similar to a .308. It comes with one five round magazine, but additional five- and nine-round magazines are available for purchase at www.bighornarmory.com.

Its size makes it ideal for SWAT officers, military, or private security use for vehicle carry or as a powerful breaching weapon capable of clearing any obstruction, including bulletproof glass. It is also perfect for hunters wanting a more compact, but powerful platform for big game, whether in a vehicle or on horseback.

The 500 Auto Max was developed by Big Horn Armory using a 500 S&W rimless straight walled casing with the same ballistics. It is capable of feeding and firing any .500 diameter bullet between 200 and 700 grains. The AR500 has an adjustable gas block to allow the user to run subsonic loads using a suppressor. 500 Auto Max ammunition is currently shipping from Buffalo Bore, Steinel Ammunition, and Underwood Ammo, with brass available from Starline Brass. It is also available at Midway USA. 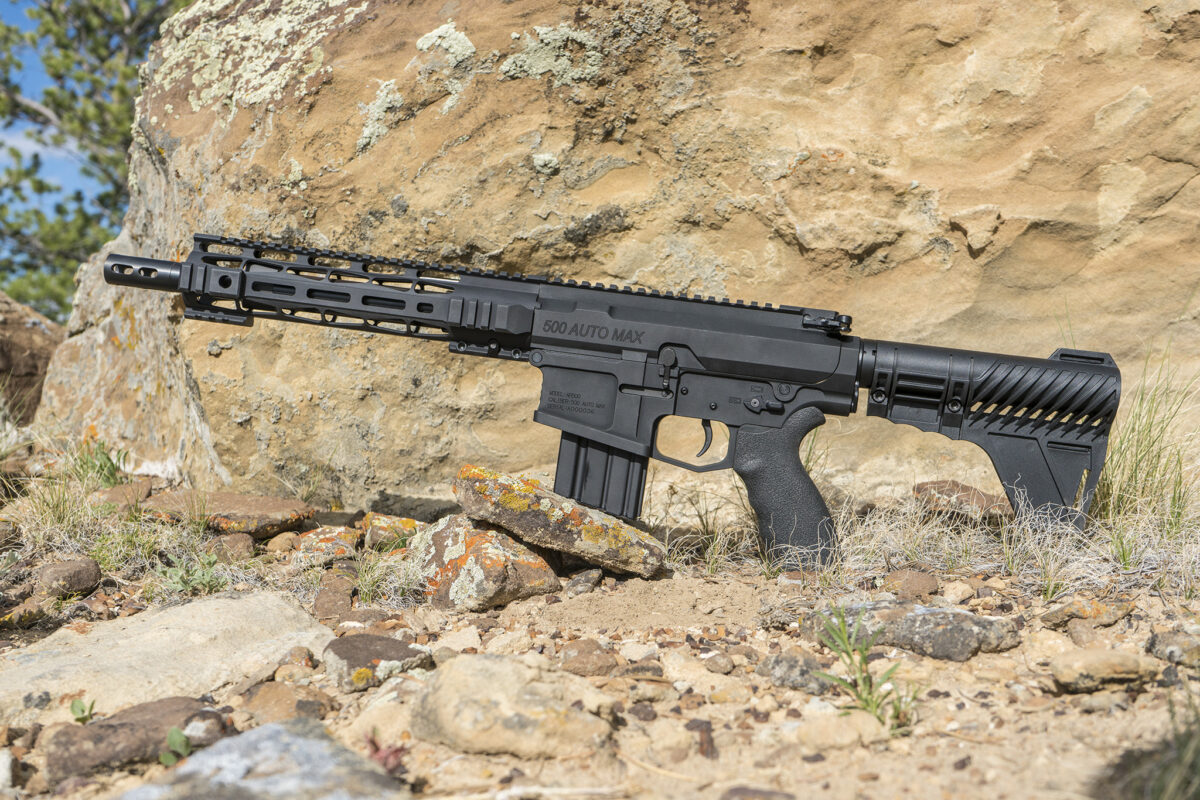