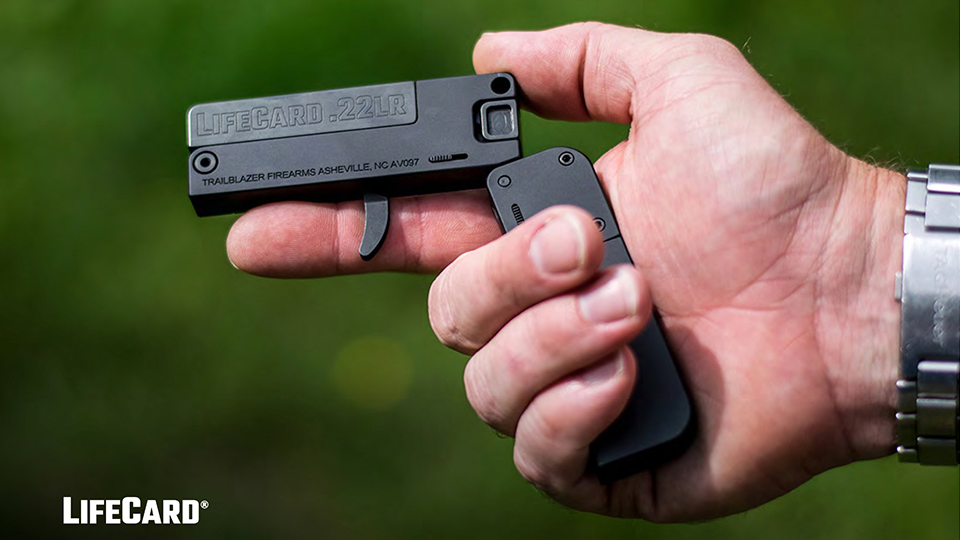 Nestled in the hills of North Carolina, a new firearms start-up launches LifeCard®, a truly innovative .22 LR in a super-compact, no-snag design that folds to the size of a credit card. 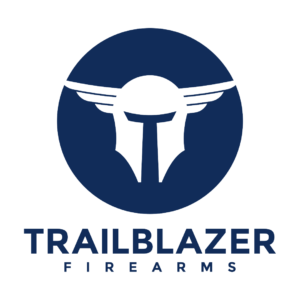 Asheville, N.C. (August 2017) – As far as business start-ups in the firearms industry go, Trailblazer® Firearms is taking a different path. The newly formed company, headquartered in Asheville, North Carolina, is proud to announce the launch of their first firearm, LifeCard®, “the last gun you’ll leave behind.”

LifeCard® is a .22 LR single-action, single-shot folding pistol, no bigger than a credit card when folded. The sleek, no-snag designed pistol’s frame and grip handle is constructed from fully-machined aluminum billet and hard-coat black anodized. The tilt-up barrel, bolt and trigger are made of steel with an Isonite® finish for corrosion resistance.

“Trailblazer Firearms fully intends to spearhead innovative new firearms products starting with the LifeCard®, available later this month,” Aaron Voigt, President of Trailblazer Firearms, explained “New designs and true innovation have been the exception and our goal is to be the pioneer laying new trails for gun enthusiasts, designers and manufacturers.”

Voigt, one of six kids, was raised to love the outdoors and respect the American tradition of firearms and hunting in the mountains near Asheville, North Carolina. At 18 he joined the USMC Reserve, M Battery, 14th Marine Regiment in Chattanooga, Tennessee and rose to the rank of Lance Corporal. In the early 1990’s, Voigt transferred inter-service to the Army for active duty and was deployed to Kuwait and advanced to Specialist E-4. After a stint in South Korea, Voigt separated from the military and returned his family to his beloved mountains where he shifted careers.

Always the gun enthusiast, in 2010 Voigt hit upon an idea of a unique pistol. The idea slowly became a dream and a long drawn out reality as Voigt tackled the jungle of patents, trademarks, prototyping, machining, licensing, marketing and more. Now, seven years later, the dream that started as a sketch on a piece of paper can be held in the hand, aimed down range and fired. 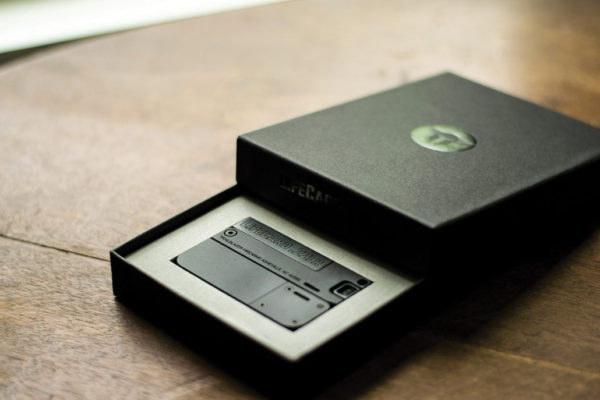 “Initially, I had no idea that going from concept to actual product would take seven years, but in essence, that time spent was valuable and will show in every aspect of this remarkable product. I am looking forward to putting this pistol on the market and can’t thank my family and friends enough for all the support and patience,” Voigt said. “We expect product to hit our distributors, Ellett Brothers and Jerry’s Sport Center, in about three weeks. We look forward to the feedback from our customers regarding our initial product offering and look forward to continually innovating new products.”

For more information on Trailblazer Firearms, visit www.trailblazerfirearms.com and stay in the conversation on Facebook.