Travis’ Tip: One Eye or Two 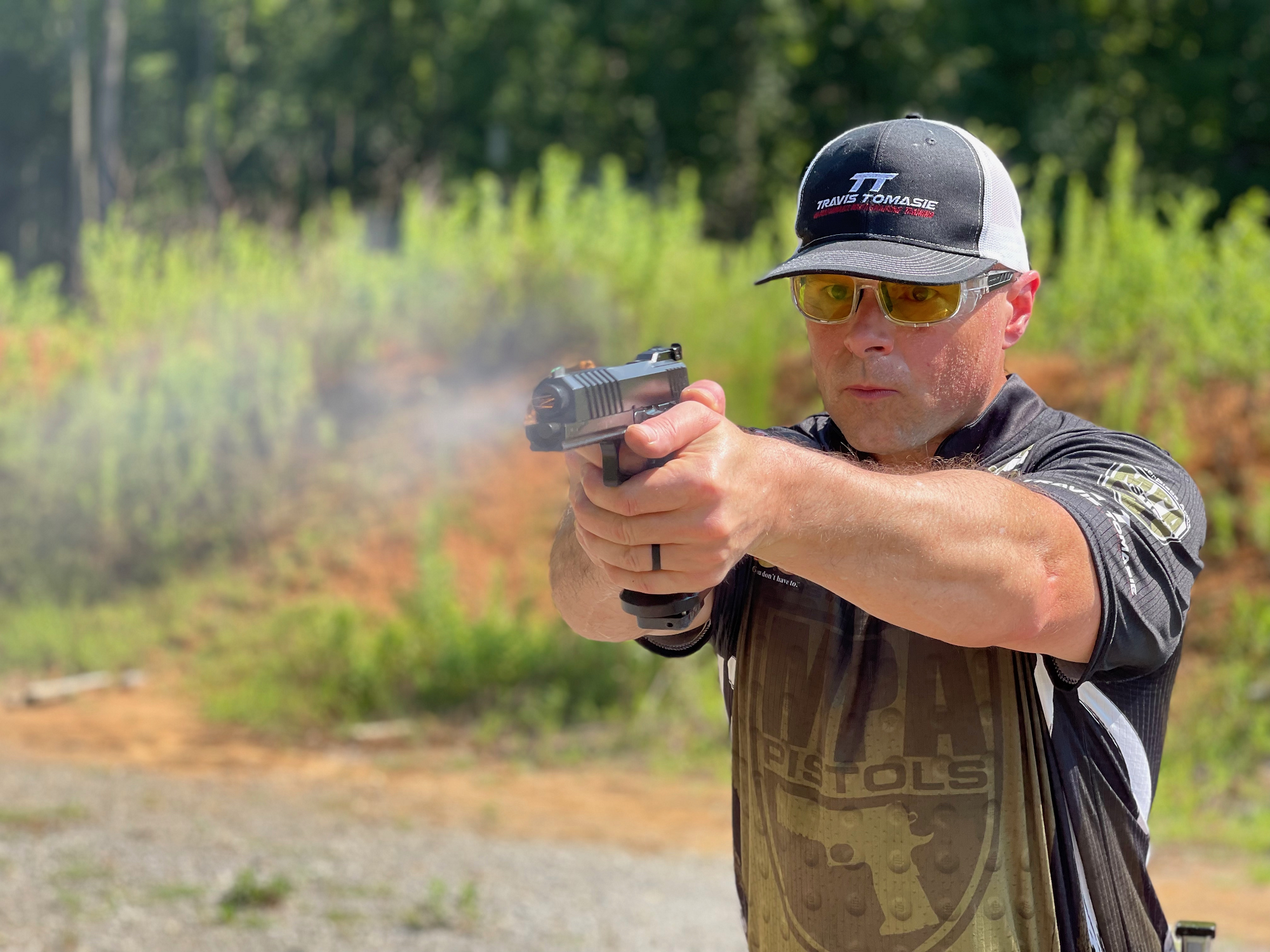 One of the questions I get asked quite often by fellow shooters is, “Should I be shooting a pistol with one eye, or two?” The answer for me is always, “I have two eyes for a reason, and I use them both.” For some though, the answer may not be so simple.

First, let’s take a quick look at possible advantages that accompany the use of binocular vision, or “both eyes open.” For one, it greatly improves your depth perception. You’ll notice this is apparent when transitioning between targets set at different distances from your position. For example, you’ve engaged a target at 10 yards, and now you’re transitioning at speed, to a target at 20 yards. The enhanced depth perception will allow you to more quickly and accurately process what the 20-yard target requires, in terms of sight picture and follow through.

Another advantage to leaving both eyes open is a substantial increase in your peripheral, or field of vision. This becomes especially relevant in the practical pistol, or action shooting games, where you’ll encounter wide targets arrays. The ability to see and gain a visual on the next target earlier is a definite increase in efficiency and results in faster target transitions.

If you take a sight picture with your pistol on a target and close each eye one at a time, you’ll notice two completely different views. The non-dominant eye has an unobstructed view of the target, while the dominant eye sees the sights, the rear of the gun, and an obstructed view of the target. With both eyes open, the brain will fuse these bilateral images into a single image, with increased detail and visual information. While you may not be conscious of it, the data from the non-dominant eye is being processed by the visual cortex, and added to your “sight picture.”

In terms of gear, if you’re using an optic on your pistol, leaving both eyes open is truly the only way to go. Very few shooters should have any issues shooting a dot sight with both eyes open. Iron sights can be a whole different ball game though, and quite a few shooters report issues with leaving their non-dominant eye open. We’ll tackle these issues in a future article. I will say though, a good deal of shooters have simply made closing an eye a habit when they’re fully capable of using binocular vision. Until next time, get to the range and give this a shot!