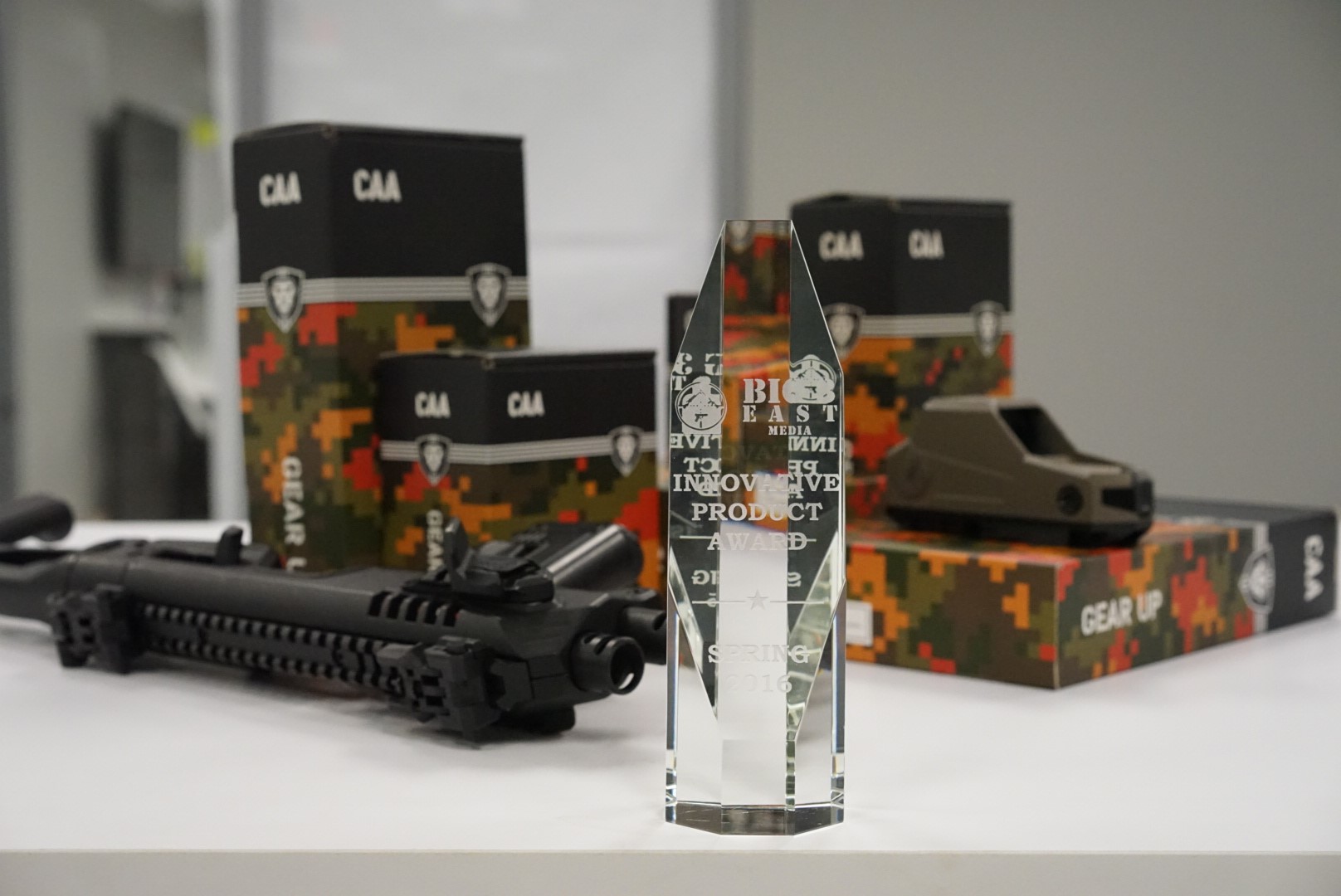 Pompano Beach, Fla. (April 2016) – CAA, developers and manufacturers of advanced battle-tested firearms accessories and Hartman Ltd., the innovative company behind the MH1 Reflex Sight, attended their first Big 3 East event and walked away with the Writers’ Choice award for the Micro RONI®, MH1 Reflex Sight and ZUES Shooting Mattress, among other products(see the video here). The Big 3 East is an invite only, bi-annual gathering of gun writers, bloggers and video content creators held at the Big 3 East Tactical Training Center in Daytona Beach, Florida.

“The Big 3 East event was a huge success and it was a true honor to meet with so many respected gun writers and bloggers and get to know them on a personal level,” LTC (Ret.) Mikey Hartman, CEO of CAA International and USA and Hartman Ltd. commented. “Taking home the Writers’ Choice award was a definite plus for our team and since the award is based on what the writers saw as the best new products, we are confident CAA and Hartman are on the right track and we are looking forward to coming back to the Big 3 East in October.”

The writers’ choice award is based upon three criteria: product, presentation and personality. Mikey’s background in the IDF, his 22-year career training over half a million soldiers and developing the IDF Shooting Doctrine brought real-world experience and practicality to his presentation and relationship with the writers.

The CAA Micro RONI®, Micro RONI® with Stabilizer Brace, the Hartman MH1 Reflex Sight and the new ZUES Shooting Mattress were a few of the innovative and battle born products that the CAA USA team introduced to the media at Big 3 East. The pistol-to-carbine conversion fitted for the GLOCK® 19/17 pistol is the most compact version produced, requiring no pistol disassembly and it’s packed with features. It was so popular at the range people had to wait in line just to get a turn shooting it. The Hartman MH1 Reflex Sight was mounted to the Micro RONI®’s integral Picatinny top rail giving the Big 3 East writers an opportunity to test two of the best new products in combination at the range. The MH1 with unique built in motion sensors that activate the sight  when the shooter is in a shooting position and it is the only rechargeable reflex sight that also has a user interface feature allowing users to customize a multitude of features to suit their own shooting style. Another feature that won rave comments was the sight’s remote control allowing the user activate the sight and to adjust brightness levels when moving from low light to bright light conditions without removing the  shooters hand  from the forend.

The combo Micro RONI® and MH1 sight and the new ZUES Shooting Mattress demonstrated the best of the innovative technologies that CAA and Hartman has in store for its U.S. customers.