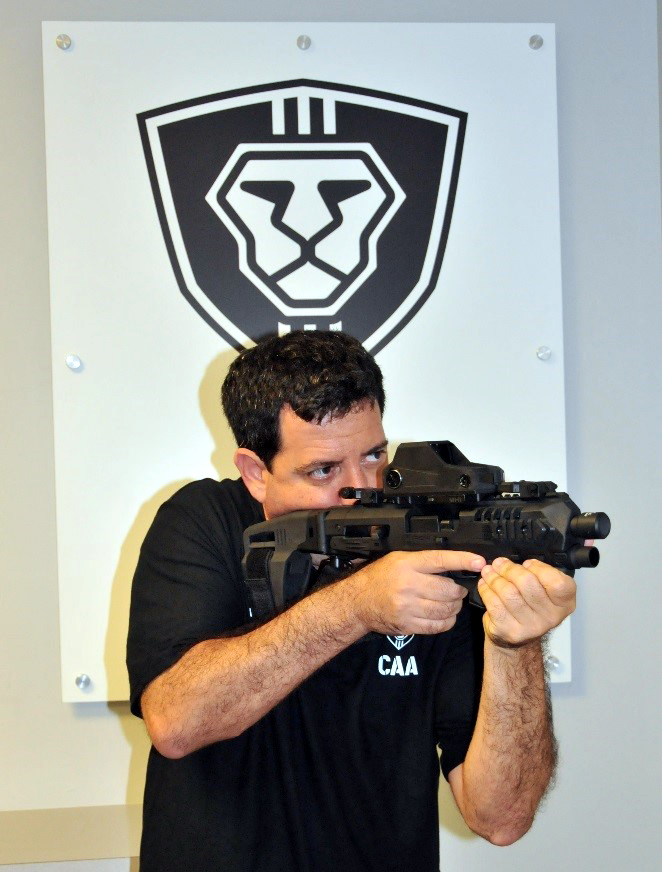 Pompano Beach, Fla. (April 2017) – CAA, developers and manufacturers of advanced battle-tested firearms accessories, have received confirmation that the Bureau of Alcohol, Tobacco, Firearms and Explosives (ATF), Firearms Technology Industry Services Branch (FTISB) has determined that the “Stabilizing Brace” mounted on a semi-automatic pistol can now be lawfully shouldered and fired and is not classified as a “short-barreled rifle” as previously defined in the NFA, 26 U.S.C. § 5845(a) (3).

Announced just days ahead of the 146th National Rifle Associations’ Annual Meetings and Exhibitions held in Atlanta, Georgia, the classification is being heralded by CAA, CEO, Lt. Col. (IDF Ret.) Mikey Hartman, as a return to “common sense” firearms usage by responsible citizens of the United States.

“The Stabilizing Brace has been a great alternative for many disabled shooters and has provided a recourse for our injured vets to return successfully to a sport they love,” Lt. Col. (Ret. IDF) Mikey Hartman, CEO of CAA and Hartman Optics said. “The new ATF ruling is truly a common sense ruling in that many more people can now enjoy the flexibility the stabilizing brace offers, whether strapped to the arm or shouldered.”

The Micro RONI Stabilizer Brace conversion kit for Glock models has seen incredible press coverage. More end users embrace the ease of use and installation, improved handling and seriously improved accuracy out to 200 yards and beyond. “The Micro RONI is the fastest assembly and disassembly conversion kit on the market, as well as the most cost effective,” said Hartman.

No tools are needed to assemble and disassemble. The Micro RONI Stab is also available as an Advanced Kit which adds an integral 500 lumens flashlight, thumb rests, front and rear flip up sights, sling swivel and one point bungee style sling, giving the user added value.

Buy any Micro Roni Stabilizer at usa.caagearup.com and receive a $100 off coupon good toward the web order of your choice! Sale ends April 30, 2017 at 11:59 PM.